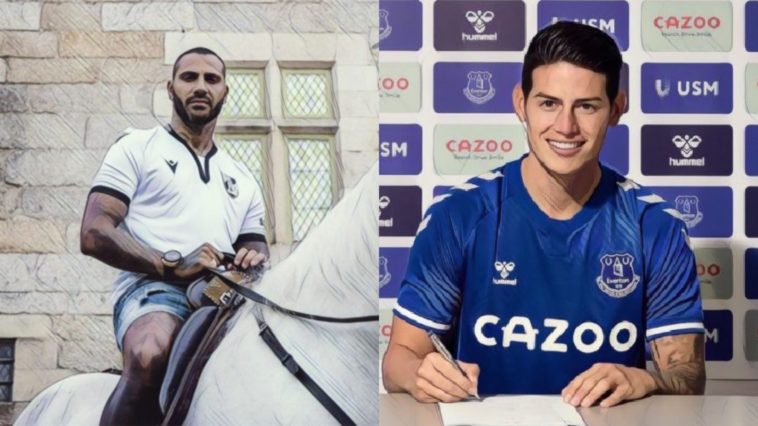 Transfer announcements used to be so simple back in the day.

A player would arrive at the stadium or training ground, put on a scarf, lift up the jersey and pose for a few photographs with the manager.

Sometimes you would get a big reception for an exciting new foreign player, as was the case when Juninho first joined Middlesbrough in 1995 and there were samba drums as part of the event.

In terms of creativity, it never got much more elaborate than Sheffield Wednesday making Benito Carbone posing with the driest, least appetising plate of spaghetti you’ve ever seen. A year later they got Paolo Di Canio and him to pose with the cheapest-looking frozen pizza ever.

Times have moved on and the advent of social media means that there are now hordes of ravenous fans to whom they have a direct link to and can feed endless amounts of proprietary content. That has led to some entertaining announcement videos when it comes to transfers and new kits, but some shockingly bad ones too.

We’ll let you decide which of these fall in what category.

Some of the best transfer announcement videos in 2020:

Tottenham Hotspur made light of the potential embarrassment surrounding past tweets from their new signing matt Doherty, who professed his love for their bitter rivals Arsenal years beforehand. The Irish full-back looked sheepishly into the camera as he deleted the tweets, defusing an awkward situation with aplomb.

When you’ve just made arguably the biggest signing you’ve ever made and possibly ever will make, you might as well match it with a reveal commensurate with his superstar appeal. We think Everton hit the right note here.

The production values and dramatism of this reveal are a bit over the top, but then again, if you don’t do it for Ricardo Quaresma then who for? The mercurial winger turns away from the mustang – one of his nicknames – and opts instead for a stallion. Let’s hope his performances live up to the standard set by the announcement video.

On a side note, what is up with the jean shorts?

The storylines that dominated this summer’s transfer window

When the Turkish champions announced the arrival of former Manchester United man Rafael last month, they gave him the Teenage Mutant Ninja Turtles treatment. Because his name is Rafael, you see. Clever.

This effort from Bologna really is… something. I guess that’s one way to announce a monster signing.

This one should be considered pretty bad as far as these videos are concerned, but the pun and wink from Antonio Candreva at the end wins us over.

Birmingham has got a friend in me after this subtle video announcement.