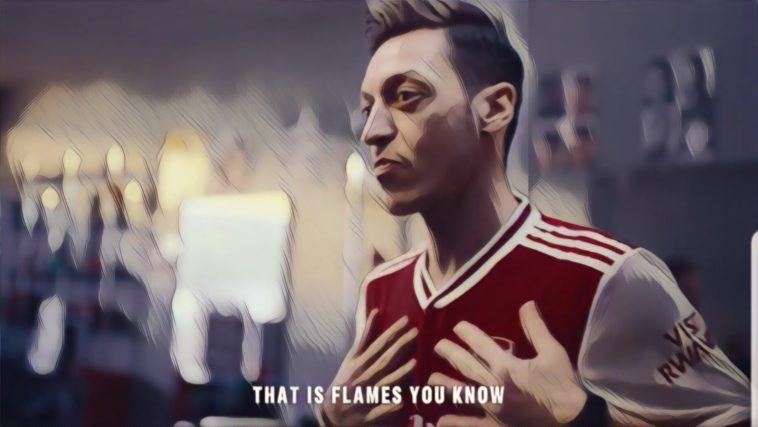 With the exponential growth of social media platforms, kit launch videos from football clubs have become bigger and better over the years.

Before social media, how did football clubs reveal their kits? Adverts would be taken out in newspapers and on television, but they were generally always lowkey affairs. A club like Liverpool or Manchester United might splash out a few quid on a shabbily produced ad, but beyond that clubs of lesser stature would hope their new jerseys might get a bit of exposure in Match magazine or FourFourTwo.

Now with Twitter, Facebook and all the rest, any team can create a clever campaign and receive international acclaim and coverage, never mind local. It’s a completely different universe now, one that modern football is completely wrapped up in. But we enjoy these kit launch videos all the same.

It turns a new jersey into a mini-event, a nice little distraction while we await the return of the Premier League. With fan bases that span the entire globe, kit launches have become a way for clubs to connect with the millions and millions of football fanatics around the world.

After three weeks, Arsenal’s ‘The Fabric of Football‘ has almost 400,ooo views on YouTube, while some of the other projects that are mentioned later in this article attracted huge interaction that would have been otherwise impossible without social media.

Even when they turn out bad, we can all have a laugh at their cringey awfulness. But not today. Today we hit pause on the Schadenfreude, and press play for appreciation.

Five of the best Premier League and Championship kit launch videos for 2019/20:

Arsenal – This Is Home

This might just be one of the best kit launch videos since they started being a thing, never mind this summer. It stars Arsenal legend Ian Wright, who talks about what it means to be a Londoner, even if you’re a so-called ‘outsider’. “Once you’re in, you’re in”, the ever-cheerful Wrighty tells us.

Some of the accents threw me off on first viewing! pic.twitter.com/Il3TM9WmbD

Featuring a number of current male and female players from the club with voices overdubbed with propah north London accents (and a cameo from Idris Elba), the video is intended as an antidote to the fervent nationalism and Brexit-mania that has enveloped the nation.

Of course, it’s entire purpose is to sell football gear, but it does at least attempt to engender some sort of positive message as well as an Arsenal identity. The kits are top quality too.

The Wednesday have revealed their new kits in a nostalgia drenched 8-bit video that resembles a computer game from back in the day. Very cleverly produced by Irish graphic designer Paul Mladjenovic.

“Put yer pies in the air.” The inimitable words of Toddla T and COCO in Sheffield United’s splendid kit launch video, which brings together the squad, music and the local community in one package. Also interesting how both the major clubs in Sheffield have knocked it out of the park with their reveals this year.

Manchester City – This Is Our City

More video games! There’s no deeper meaning to this one, just a lot of stuff that happens in sixty seconds, but it’s a fun watch regardless.

THIS IS OUR CITY.

We see Sergio Aguero playing what we can only presume is FIFA online against Manchester City fans, although judging by the isolated existence he was enduring in the documentary All Or Nothing (he is separated from his wife, and only sees his son once a month), this might not be an inaccurate telling of how the striker spends most of his spare time.

There’s not a lot of depth to this one, but really it achieves what every kit reveal should set out to: grab your attention, entertain you, get to the point, which is sell the new kit to me, rather than just release a generic promo featuring players walking in slow-motion while strobe lights cause unnecessary epileptic fits to viewers at home.

Netflix shows and films come and go so quickly that their relevance is incredibly short, but the company’s documentary on the cataclysmic disaster that was the Fyre Festival was one of their most fascinating and talked-about productions.

Southampton’s kit launch is a spoof of the Fyre Festival documentary and it’s the best thing ever ???
pic.twitter.com/CA55pZjgy7

Even so, when Southampton released their teaser promo based on the film, it felt like their reference point had already passed its expiry date, despite only being released a few months previously.

Nonetheless it’s a cracking idea, one that’s well executed. “Why has no one put a Premier League club kit launch on a desert island?” ponders the Saynts Festival equivalent of professional con-artist Billy McFarland.

Ironically, the kit launch promised a lot but the end product failed to deliver, much like the Fyre Festival itself. Thankfully no one got stranded on a Bahamian island in this instance.