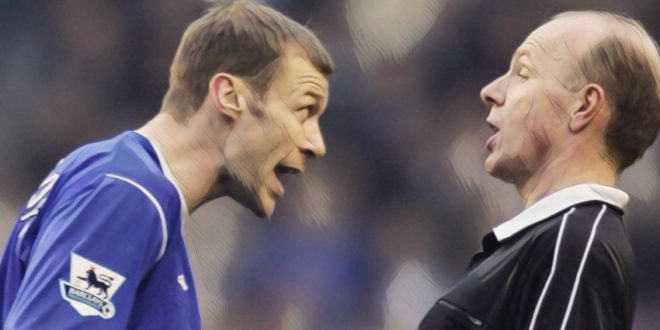 Residing in the bellies and the soul of every supporter is a fireball of very contrasting emotions.

Throughout the week it thrums and throbs, quietly menacing but sometimes passive if we are fortunate enough to avoid Twitter for a while. On matchday, it looks like the worst-case scenario in a Gaviscon ad.

Contained within this fireball is the passion and unrequited love we feel for our football club and the searing hate we reserve for our rivals. There is intense and often very sweary desire ablaze, along with plenty of grudges and grievances accumulated over the course of a lifetime. When all these extremities are combined it is an energy that if successfully converted could light up a town and electrify its rail-tracks.

Duncan Ferguson was the human manifestation of that energy. He lived it, fought it, breathed it out there on the pitch, propelled and fully charged by its immense force and for this, he was truly loved at Tannadice, Ibrox, St. James Park, and most of all at Goodison.

Want an example of his passion and how it directly mirrors ours? Here’s a couple of lines from his programme notes when asked to step in as interim manager at Everton last season, an appointment that made him the ‘proudest man on the planet’. When describing what was demanded of a player to justify wearing the royal blue he wrote – “That means tackling, scrapping, running, showing for the ball and always looking for ways to help your teammate next to you. We want to show the fans what it means to play for Everton.”

In 273 appearances for the Merseyside club the 6ft 4 Scot did all of this, scored loads of muscular headers and did plenty more besides, the plenty more besides usually resulting in a dismissal. Ferguson saw red eight times as a Premier League player, a stupefying amount, but as hard as it is to condone violent behaviour on a football field – and though there is a legitimate discussion to be had as to why Ferguson is revered for his ill-discipline while Wimbledon’s ‘Crazy Gang’ is condemned for it – some context is required.

As detailed above, the towering striker was not a footballer in the traditional sense, motivated by personal glory and a career path paved with riches. Football to him was combat plain and simple, a cause, with opponents and referees and rival fans all enemies to be scared down for having the temerity to threaten the happiness of his people. He was imbued and fuelled by the same strong emotions we feel on the terraces so of course, this spilled over on occasion leading to headlines and controversy.

For what it’s worth – and no sides are taken here – it should be noted that none from that number of dismissals were for snide late challenges or studs raked down calves. They were all punches and elbows and head-butts, even a teeth-gritting strangulation of Tottenham’s Steffen Freund. All as clear as day in open warfare.

It’s worth mentioning too that there would surely have been many more early baths had referees not been so intimidated by Ferguson’s alpha-male presence and the berserk stare of a well-lubricated squaddie post-last orders. It was a stare that once reduced Newcastle team-mate, Alessandro Pistone, to actual genuine tears when the Italian briefly lost his senses and told Ferguson to ‘fuck off’. It was a stare that burned bright with a history of violence and – in a YouTube clip that should definitely be checked out – once plastered a confused visage on Jimmy Bullard reminiscent of an innocent child viewing a horror film for the first time.

Yet for all the red cards it was a flashpoint he got away with at the time that came to define him. In April 1994 Ferguson planted one on Raith Rovers defender John McStay, an incident that went unnoticed by the officials but later blew up across the media. Consequently, the forward was found guilty of assault and with earlier convictions taken into account – that included beating up a fisherman in a Fife pub – he became the first and only professional player to be jailed for an on-field offence. He served a 44-day term in HMP Barlinnie.

The poisoning injustice he felt at this festered and grew, adding to an anger and a hunger that was already peaked, and when his naturally bruising game was thrown into the mix it created a formidable frontman who roamed Premier League pitches for nearly a decade, frightening one and all.

His game was all about power and asserting that power by putting himself about and interestingly these were attributes that were rare even in the nineties. Now they are sadly all but extinct. In this regard then Duncan Ferguson was the last of the Mohicans, valuing scalps as much as goals. He was the last Samurai, if swords are swapped for fists.

No foe ever got the better of him nor a defender using guile: instead, it was injuries that ultimately did for the former Everton forward. There were lots of them ranging from hamstring pulls to hernias to a trapped sciatic nerve that nearly led to a premature retirement. Across a 19-year career he made significantly less than 500 appearances, a tally that could realistically be expected to be reached in half that time.

Though his role of a thundering, combative number nine is no more, his type does live on, however, if in dramatically watered-down form. These days leadership is displayed by the vexed pulling up of a captain’s armband when a decision goes against a player’s team. An affinity with the crowd and our commitment is revealed by walking around the centre-circle with a constipated grimace.

Read – Neville Southall: Everton will be expected to win the league in the next decade