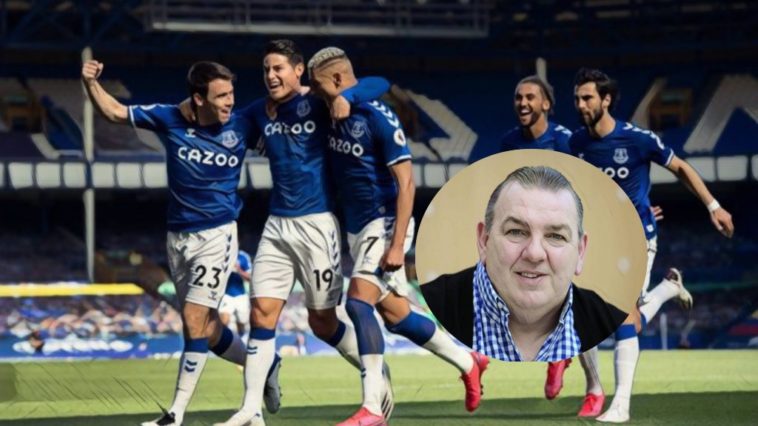 Back when Neville Southall was considered one of, if not the best goalkeepers in the world, Everton were one of the top teams in Europe, never mind England.

The eighties were a golden age for the Toffees, when they won the First Division twice, the FA Cup, the League Cup and even the European Cup Winners’ Cup. Liverpool may have been the dominant force during that era, but they weren’t lacking for success down the road either.

Those days are long gone, however, and Everton have not won a trophy without their former shot stopper ever since, their last major honour being the FA Cup win in 1995. But are things about to change?

Everton’s desperation to rejoin the elite of the game in the past few years has been marked by overspending, poor transfer business, and a revolving door policy when it comes to managers. Despite a lot of money spent and heaps of expectation, they have only qualified for Europe once since Farhad Moshiri first took a stake in the club in 2016 (he now owns 77% of it) and have not finished higher than seventh.

In a bid to change their fortunes, or lack thereof, last year they hired Carlo Ancelotti, exactly the type of big name manager Moshiri has been craving, and transformed their midfield the week before the season began with three signings, the biggest of which was the scarcely believable signing of Colombian technician James Rodriguez.

The impact has been instantaneous, beginning the season with three wins over Spurs, Salford City and West Brom, and sitting atop the table after two matchdays. It’s not so much the results that have stood out, however, but the manner in which they have gone about it.

With Rodriguez pulling the strings and striker Dominic Calvert-Lewin in rip-roaring form, the side looks slick and purposeful in attack, capable of scoring any number of goals. All of this has got Southall believing the tide might finally be turning at Goodison Park.

“The problem with Everton is that they’ve had too many managers in too short a space of time. Luckily I think this is the best time to be an Evertonian for a long, long time,” Southall tells The Football Faithful.

“Purely because we’ve got a world class manager, I think our defence is not bad, I think the keeper’s okay, the two centre halves will do okay, the two full-backs are okay, and the strikers are okay. Midfield is where we had too many people who were very similar and lacked mobility and pace.

“Now with the players that we have, we’ve got mobility, pace, brains, and the other two ends of the pitch won’t look so bad. We’ll have someone who can create, we’ll have someone who will stop the ball getting to the defence, so I think we’ll be a lot better this year.

“If the signings play as what they should do, then we should improve no end. If at Christmas maybe we could get another couple (more players), I think we’re looking really, really strong.”

The legendary goalkeeper is clearly enthused about what the future holds for his former club. With a new state-of-the-art stadium in the pipeline to replace Goodison, Southall believes major success could finally return to the blue half of Merseyside – including the ultimate glory in English football.

“The other thing on the horizon is the new ground, a commercial venture which for Evertonians means that, going to the game if we don’t have a good team going onto that pitch, they’re not going to do well commercially,” the Welshman says. “We’re having a 50-odd thousand seater stadium, they need to fill it. To fill it, they need to be successful. To be successful, they need better players.

“Even though I was against it at the start, it’s going to be a catalyst for the club to go back to where they were. When you walk into there and you see the ground, hopefully by then we’ll have built a team that’s successful and will attract other players. We should be in Europe by the time that ground comes along and it could an absolutely fantastic, exciting time for Evertonians.”

That level of excitement will come across as far-fetched to neutral observers, particularly as Everton have been a mid-table club for the better part of thirty years. But he’s never been too bothered by what other people think and reckons Everton should not restrict their own ambitions.

“People keep saying we’re not this and we’re not that. Well, we’re not far off being a really good side. Like I said earlier, we’ve got the basis of a really decent team. We’ve got some good young ones coming through. There’s a healthy feel about the club, it’s probably in its best position for ages.

“The only thing is, we’ve got to move people on. I do think as well that it’s up to the players to show the manager that they can rise above it. I wouldn’t be surprised this year that, we have some players who probably not caught the manager’s eye, but playing with those three I think they are good fits for where they play, so they’re not putting square pegs in round holes.

“The team will be more balanced, so the ones that you do put in will look even better. You might found out this year that there might be a few people who surprise a few by actually staying in and having a really good season. It’s a positive thing for us. I do get a bit fed up of people going ‘this is wrong, that’s wrong’.”

Southall is evidently impressed by manager Carlo Ancelotti, who surprisingly replaced Marco Silva last year, though. The Italian brings with him an incredible pedigree, having won three Champions League trophies and league titles all over Europe, including the Premier League with Chelsea. That, along with the top class players that have been brought in recently, are having a big effect on the squad.

“It’s about pushing them on. Because if (Ancelotti) is bringing really exciting players into the club, you want to match him. They want to get better because they’ll be training with him everyday. Everybody in that club, if you bring the right people in, should want to improve.

“When we brought Peter Reid in, training went up a little notch. We brought Andy Gray in, training went up another notch. It does make a difference when you bring the right type of player in. And I think in the past, we bought for the circumstances in which the club were in. I think he’s come in with a job to build. Look across the park; they’ve built. It’s been quite slow, but successful.”

The big question is whether Everton can continue to sign the right players to match the appetite for success among the club’s fanbase. In recent years they have spent massively but not wisely, but Southall has faith in the manager to steer them in the right direction.

“We’re on a level playing field with lots of other clubs. Yes, we might not have as much money, but that’s not the end of the world. It’s about your recruitment and who you can get. I think Ancelotti’s got a good eye for a player. The hardest thing in football now for a manager is to move players on, not sign them.

“The other thing is, it’s been quite nice that he’s looked, took his time, not been afraid to put some of the kids in, knows what he wants now, and then he’s going to go about his business. I’ve liked what he’s done and I’ve liked the way he’s handled himself, the way he’s trying to get them to play, the simplicity in what he does, what he says. I’d like the club to be a little bit bolder in its ambition outwardly to the fans and say we want to win this and that.”

But is it actually realistic to think that Everton, whose last league title came during Southall’s peak, could challenge for the Premier League in the coming years?

“When they get to the new ground within five years, why not? The owners have got money and once the ground gets built, they’ll have a bit more money. They’ve got a world class manager now, if they keep faith with him then… imagine if another two players of the same calibre come in at Christmas. That’s some decent team. It ain’t bad as it is.

“We score goals, we just let a few in. But the midfield will tighten the defence up and give us a few more goals, so both ends will be better. I’ve got high hopes for them.

“Everybody else is going to be doing the same (strengthening their squads), but the good thing about football at the moment is that there isn’t an abundance of good players, is there? That you can all go and buy, so once you’ve got a good player you’ve got to hang onto them.

“Overall I think it’s going to be an exciting time, really.”

If nothing else, that much is true.

Neville Southall’s new book is called Mind Games: The Ups and Downs of Life and Football and is available in all bookshops now. You can listen to more of this interview here.

See Also: Why the soft treatment of media darling Frank Lampard is irritating and unsavoury