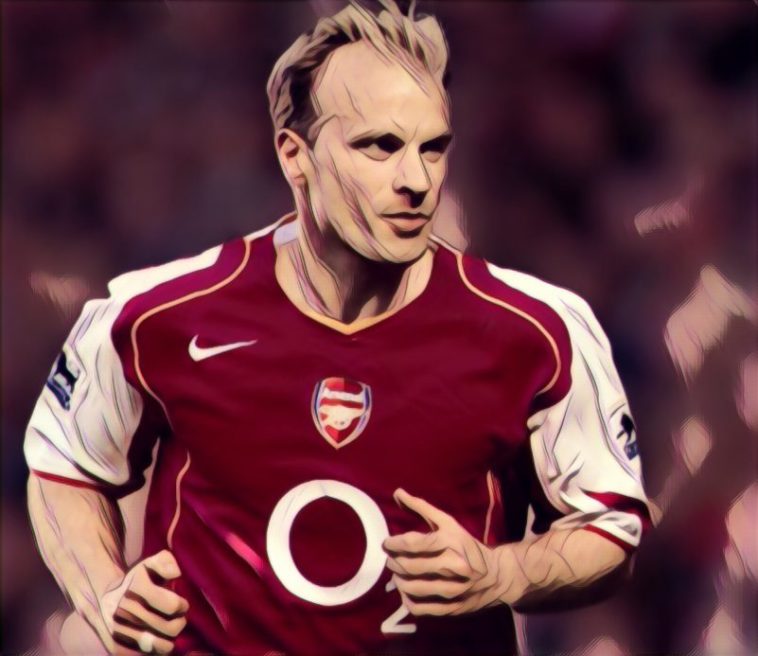 Few shirt numbers come with such prestige as the iconic number 10.

Greats of the game have all adorned the shirt for club or country respectively, and whilst other numbers each have their own illustrious history, perhaps no shirt has such historic mystique as the ten shirt.

Throughout Premier League history we’ve seen some true stars of the game adorn the number, and we’ve decided to look at some of best the division has ever seen.

Regarded as one of the greatest players in Arsenal’s history following an 11-year career in North London that delivered three Premier League titles and four FA Cups, the Dutchman was a classy operator who often displayed performances of technical brilliance.

Bergkamp would win a PFA Player of the Year and Football Writer’s Footballer of the Year double as Arsenal secured a domestic double in 1998, before being part of the side which achieved the same feat four years later.

A key figure once more in the club’s famed unbeaten season to secure a third league title in 2004, his partnership with Thierry Henry was iconic in one of the greatest domestic sides English football has seen.

A host of brilliant individual goals add to his reputation as a Premier League great, Bergkamp retiring in 2006 after an Arsenal career which saw him score 120 goals in 423 appearances and produce a host of memorable moments.

15 of the best quotes about Dutch Master Dennis Bergkamp

Bursting onto the scene as a precociously talented teenager, former Liverpool forward Michael Owen would develop a reputation as one of Europe’s deadliest forwards during a memorable spell on Merseyside.

Possessing electric pace and an ice-cold temperament in front of goal, Owen would win back-to-back Premier League Golden Boots before his 20th birthday, being named as the Premier League Player of the Season in the process.

His finest season perhaps came in 2000/01, where he scored 24 goals in all competitions to help Liverpool to a treble of cup wins, including scoring a late brace to secure victory over Arsenal in the FA Cup final.

He would be named as the recipient of the Ballon d’Or later that year, the last Englishman to have won the award and the second youngest in history after Brazilian great Ronaldo.

Owen would ultimately leave Liverpool for Real Madrid in 2004, before returning to the Premier League for spells at Newcastle, Manchester United and Stoke, though injuries decimated his latter career that had sparkled so brightly in its infancy.

He is one of just nine players to have scored over 150 Premier League goals.

One of a number of Europe’s elite finishers plying their trade in the Premier League in the early noughties, Van Nistelrooy enjoyed a prolific five-year spell at Manchester United between 2001 and 2006.

The archetypal penalty box poacher, the Dutchman would score 150 goals in just 210 appearances for the club in all competitions, becoming their record goalscorer in European competition and winning a host of individual accolades.

Named as the PFA Player of the Year in his debut season at Old Trafford, the former PSV forward would be named Premier League Player of the Season the following year after firing Sir Alex Ferguson’s side to the title and winning the division’s Golden Boot.

That season would see him finish with a career best 44 goals in all competitions, finishing as the top scorer in the Premier League, FA Cup and Champions League.

He would fall out of favour towards the end of his five year spell before joining Real Madrid, though he remains one of the most ruthless finishers the Premier League has ever seen.

The second highest goalscorer in the history of the Premier League, Wayne Rooney was another star who burst onto the scene as a teenager before establishing himself as a star of the division.

One of only two players to have scored over 200 Premier League goals, Rooney was the complete centre-forward capable of the simple and spectacular in both scoring and creating.

Having emerged at boyhood club Everton he was signed by Manchester United in 2004, becoming the most expensive teenager in football history. Initially wearing the number eight, he switched to ten following Van Nistelrooy’s departure to Real Madrid and became one of the most iconic wearers of the number.

In 13 seasons at the club he would win five league titles and the Champions League amongst a host of major honours, becoming one of just two Englishman alongside Michael Carrick to win a league title, FA Cup, League Cup, Champions League, Europa League and Club World Cup.

His 253 goals for the club would seen him eclipse Sir Bobby Charlton as United’s record goalscorer, whilst he would also surpass the same player to become the greatest goalscorer in the history of the England national side.

Five of the best teenage talents in Premier League history

A player who would become a key figure in Manchester City’s emergence as a force in English football, it was the arrival of the Atletico Madrid forward in 2011 which proved the catalyst for the club’s maiden title triumph.

Aguero’s debut season would see him fire 23 league goals, the final being a stoppage-time winner on the final day of the season to secure the club’s first Premier League title and first title in 44 years.

One of the most clinical forwards England’s top-flight has seen, Aguero has scored 173 Premier League goals in just 250 appearances, making him the sixth highest scorer in the competition’s history and the most prolific non-European.

A four-time title winner, Aguero is one of just two players to score 20+ goals in five consecutive seasons and the highest goalscorer in Manchester City’s history with 244 goals, a figure which continues to rise.

The only player on our list that is not a recognised forward, former Chelsea winger Eden Hazard starred for seven seasons at Stamford Bridge before leaving for Real Madrid this past summer.

Brilliant to watch in full flight, the Belgian international possesses an ability to ghost past players with his rapid acceleration and low centre of gravity.

The star turn in two title-winning teams at Chelsea, Hazard would pick up a host of individual accolades included a PFA Player’s Player of the Year and Football Writer’s Footballer of the Year double in 2014/15.

Named in the PFA Team of the Year four times, Hazard would also help Chelsea to FA Cup and League Cup success, as well as two Europa League triumphs the latter of which saw him score twice in the final victory over Arsenal.

Arriving as a talented youngster from Lille, Hazard’s seven seasons would see him develop into one of the finest attacking talents in world football before his departure to La Liga in 2019.

Five players to score the most free-kicks in football history