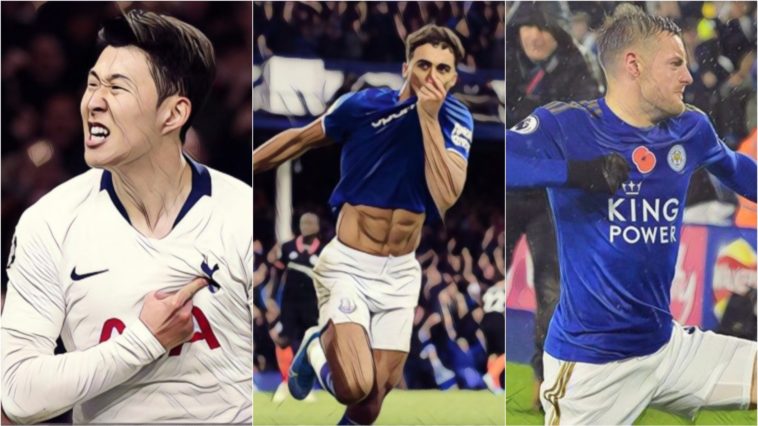 Usually only the hat-trick hero gets to take home the match ball, but in a touching gesture following Tottenham Hotspur‘s 5-0 demolition of Burnley, Jose Mourinho handed the ball to debutant Troy Parrott.

⚽️ One special gift from the boss.

The 17-year-old made his first Premier League appearance on Saturday, coming off the bench for Dele Alli with just five minutes remaining, and has been considered a hot prospect for over a year.

Mourinho also threw on Ryan Sessegnon and Oliver Skipp (both 19) in the second half. Although the result was beyond doubt before they each came on, it might be a sign that the Portuguese manager is willing to give youth more opportunities than he has been known to in the past.

Maybe he’ll be the one to give Mauricio Pochettino’s son his debut. Now wouldn’t that be a sight?

Dominic Calvert-Lewin has come in for a lot of criticism during his time as Everton‘s main striker, although much of it has been fair – he has never scored more than six goals in an entire campaign for any side he’s played for.

The Sheffield native is only 22-years-old though, and there might be more to come from the forward if Saturday’s performance is anything to go by. He scored his first brace for the Toffees, but he also put in a monster display aside from the goals, getting on the ball frequently, winning everything in the air and making one attempted assist. That he did so against Chelsea, one of the best teams on form this season, makes it all the more impressive.

Calvert-Lewin now has five goals for the campaign, one less than his best tally, but the big question is: Is this a promising sign, or a red herring?

Once in a blue moon, you witness something on a football pitch that takes your breath away. That’s what happened on Saturday when Heung-min Son dribbled 80 yards with the ball in just ten seconds to score one of the greatest Premier League goals ever, let alone this season.

Not a single soul:

Jordan Henderson hit a sublime 50 yard pass through the air to set up Alex Oxlade-Chamberlain for Liverpool’s opening goal against a timid Bournemouth.

Marcus Rashford has been on fire lately, providing six goals and two assists in his last seven league appearances to propel Manchester United up the table, but the 22-year-old missed a great chance to double his side’s lead against Manchester City in the first half.

A fast break from the visitors saw Fred thread a perfect through ball into the box to find Rashford in a great position just inside the box with just the keeper to beat. It wasn’t the easiest chance, but he skewed it badly wide.

The Englishman had already scored from the penalty spot at that point to help the Red Devils earn a huge win in the Manchester Derby, but if he can continue to improve upon his finishing then he could turn into a lethal striker.

In one of those relegation six pointers where the margins are so fine, Martin Dubravka made a huge difference in the outcome of Newcastle United‘s clash with Southampton.

The Slovak goalkeeper only made three saves on Sunday, but his stop from a Nathan Redmond effort was the most pivotal of the entire game. Following a defensive error, Redmond was clean through on goal, but Dubravka was off his line quick as a flash and saved the shot with his leg.

The Magpies went on to complete a late comeback and win 2-1.

Davy Propper‘s misplaced pass cost Brighton what would’ve been a massive win over Wolves. Instead, the match ended 2-2 and they had to share the spoils.

Jamie Vardy scored for the eighth consecutive game this weekend. The last player to do that? Jamie Vardy.

We’ve lost count of how many times racism has cropped up in this column and we’re not even halfway through the season. Yet another incident of racist abuse occurred at the weekend, this time involving Manchester City.

It happened as Man United midfielder Fred went to take a corner and was struck by an object from the crowd. One Man City fan in particular covered himself in shame, making alleged monkey gestures and noises toward the Brazilian. A 41-year-old man has been arrested in relation to the incident.

Ugly scenes at the Etihad Stadium…😬

Manchester United midfielder Fred is hit by projectiles from the home crowd as he prepares to take a corner.

To make it that bit worse, it happened right in front of Raheem Sterling, who has been one of the loudest voices in the sport when it comes to racism and the abuse he and other black footballers have received.