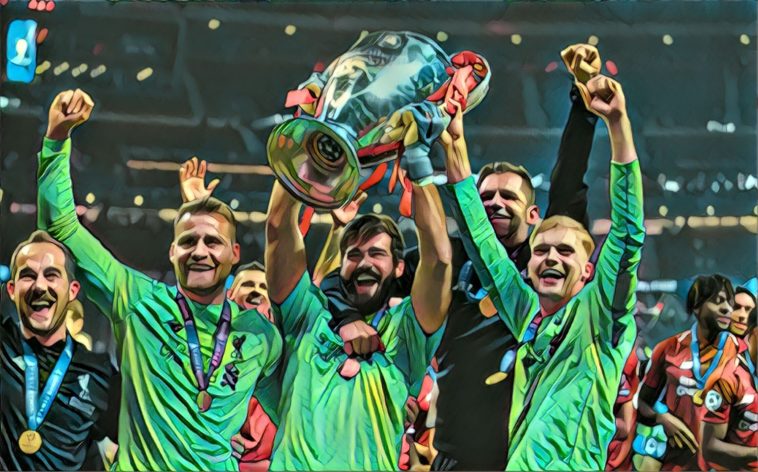 Five Irish footballers have tasted the Champions League glory since the competition was restructured in 1993, and they all played for either Manchester United or Liverpool.

Ireland may not be the strongest football nation in the world, but as a nation we have produced some unreal footballers who have gone on to achieve incredible things.

Charlie Gallagher was the first Irish person to lift the European Cup in 1967 with Celtic, and he was quickly followed by Shay Brennan and Tony Dunne (alongside George Best from Belfast) the very next year as the Busby Babes attained the ultimate glory at Wembley.

Barring 1981, there’s been an Irish influence running through each one of Liverpool’s successes in Europe’s premier competition, none more so than 1984 when Ronnie Whelan, Mark Lawrenson and Michael Robinson all played a part in the club’s fourth victory.

There wasn’t another winner from this island for another 15 years unfortunately and there’s been a drop off in the number of Irish players competing for honours in Europe in general too. Seven players won the European Cup in the 27 year period up to 1984, but only five have won it in the 35 years since and the latest has not even played a minute of senior football.

Caoimhin Kelleher receiving a winner’s medal for Liverpool’s win over Spurs does continue a curious record though, if only at the last possible opportunity; Ireland has had a European Cup or Champions League winner in every decade since the sixties. Even more curiously, every Irish Champions League winner has come from Munster.

Every Irishman to have won the Champions League:

One of the most dependable players in the Premier League era, Denis Irwin was a superb full-back who could whip a free-kick just as well as he could defend. The understated Cork native was part of Manchester United‘s Treble-winning squad in 1999, playing exceptionally well in the Champions League against Bayern Munich.

The epitome of undroppable during his time with the Red Devils, Roy Keane missed out on the most important game of his career due to suspension after he picked up a yellow card in the semi-final against Juventus. The Cork man was phenomenal in that game though, as he was for the rest of the campaign and thoroughly deserved his winner’s medal in Barcelona.

Read: Top five Irish players to have ever played in the Premier League era

Just a few years previous to winning the Champions League, Steve Finnan was playing non-league football. His rise through the ranks was punctuated by winning every division of the English Football League before reaching the Premier League with Fulham. He moved to Anfield in 2003 for the bargain price of £3.5 million.

The Limerick-born full-back was a fiercely good crosser of the ball, but he only played the first-half of the ‘Miracle of Istanbul’. Finnan was suffering with a thigh injury and made way for Dietmar Hamann after the interval, but he did at least get that winner’s medal. He played 88 minutes of the 2007 final, but he was on the losing end to AC Milan on that occasion.

The ultimate utility player, John O’Shea was football’s answer to the Swiss Army knife. Need a centre back? John is your man. Need a defensive winger? Just ask John. Backup goalkeeper? You know who to call.

The Waterford man was unlucky to miss out on starting the 2008 Champions League final against Chelsea, with Patrice Evra and Wes Brown (yeah, really) taking up the full-back positions, but he was ever-present that season in one of Alex Ferguson’s greatest sides.

Yet to feature in an Ireland senior international, yet to make a Champions League appearance, and yet to even make his bow for Liverpool. But he has a European Cup winner’s medal nonetheless.

We don’t know what the future holds for young Caoimhin Kelleher, but the 19-year-old’s senior career is already off to a hell of a start. The Cork native is the third choice goalkeeper for Liverpool and his progress will be watched very closely by Irish eyes.