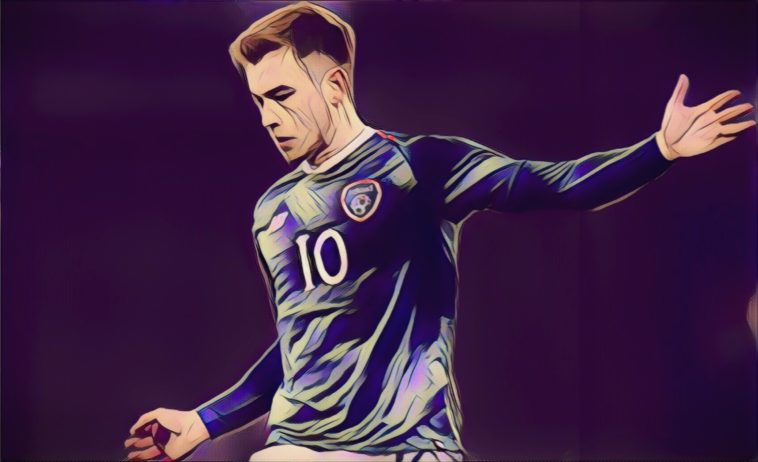 Ireland’s u21 team had some star performers during their impressive run in the preeminent youth football competition, the Toulon Tournament.

A few years ago the organisers of the Milk Cup, a prestigious youth football tournament held every year in Northern Ireland, decided to change its name to SuperCupNI, a name so bad I can’t begin to comprehend the decision-making process behind it. The fact that I had to look up its new name to remind myself what it is now called shows why you shouldn’t mess with a well-recognised brand name.

Alas, the people running the Toulon Tournament also recently changed its name to the Tournoi Maurice Revello. At least they named it after the man who founded the competition way back in 1967, after he died in 2016. Did that stop anyone from continually calling it by its former name? Not a hope.

This year was the first time since 2002 that Ireland were invited to play in the distinguished non-Fifa event, and they went further than ever by reaching the semi-finals in France.

Stephen Kenny’s charges put in a string of good performances in the past fortnight, defeating China and Bahrain and getting a scoreless draw with Mexico to ensure their progress to the next round, where they lost 2-0 to an impressive Brazil team.

There’s no shame in losing to a side that contains players who featured for RB Leipzig and Bayer Leverkusen last season, as well as those who are already regulars in Brazil’s Serie A, while Ireland’s squad consisted mainly of players in English academies or from the League of Ireland.

We’ve picked out a few players who we think performed particularly well and could be on track for a bright future in the game.

Five Irish players who shone in the Toulon Tournament:

Earlier this year Brighton & Hove Albion’s academy coach Steve Sidwell said that Aaron Connolly has “massive potential” and a big future ahead of him, after the striker scored 17 goals for the Seagulls’ u23 side last season.

Even so, the Galway teenager probably didn’t expect to be featuring in every game of the Toulon Tournament this month, never mind playing a huge role in proceedings. That was until UCD’s Neil Farrugia was ruled out with injury, and an opening on the left wing appeared for the youngster.

The 19-year-old got an assist in the first minute of the first game, cutting into China’s box from the left before setting up Zack Elbouzedi for an easy finish. From there his influence was ever-present as Ireland’s most potent attacking threat throughout the competition.

Fresh from picking up his Champions League winners medal with Liverpool, Caoimhin Kelleher got on a plane to France to get some much-needed playing time under his belt with the u21’s.

The Corkman conceded just one goal in the group stage, kept two clean sheets, and made some important saves to keep Ireland on track for progression to the knockout stage.

The 20-year-old made an error for Brazil’s opening goal in the semi-final though, letting Paulinho’s low drive slip underneath his body. The next step of his career will be especially important, as he will need more playing time in order to progress. Will that happen at Liverpool or elsewhere?

Read: The five Irishmen to have won the Champions League

? Caoimhin Kelleher with a big save here for @FAIreland to keep his side in front#IREU21 pic.twitter.com/GPRA1EadB4

The Wolves midfielder played in the number ten role for Stephen Kenny this month, dictating play whenever Ireland were on the offensive, and also won the MVP award for his performance in the final group game.

Ronan scored the vital winner against a stubborn Bahrain outfit in that game and he had the best chance of the game against Brazil, but his effort went over the bar.

While it is still early days in his career, the 21-year-old could eventually fill the creative void that currently exists in the Ireland senior team’s midfield.

With more and more League of Ireland players receiving call-ups for Ireland’s youth teams, these tournaments can be great barometers for seeing how they perform at an international level against top quality players.

In that sense Darragh Leahy did very well. The Bohemians left-back played every minute of this tournament as part of a sturdy backline that conceded just one goal in the group stage, while he also looked good going forward.

Against a Brazil side that contained attacking players who have featured in the Bundesliga, the 21-year-old held his own in the semi-final. He tidied up very well against Emerson and Antony on his left flank, while most of the Brazilians’ openings came down the right-hand side of the defence.

The Waterford United midfielder is one of the most exciting prospects in the League of Ireland and he was a constant threat while on the field for Ireland.

He got the campaign off to the perfect start when he scored after just 33 seconds in the opening game against China, finishing off a wonderful move that began in Ireland’s own half, and nine uninterrupted passes later was side-footed into the back of the net.

Elbouzedi, unfortunately, got a shoulder injury in the final group game against Bahrain, and his attacking threat was sorely missed against Brazil. At 20 years of age, the Dublin-born player is tipped for great things in the future.

See Also: Is Michael Duffy a serious contender for LOI player of the year?