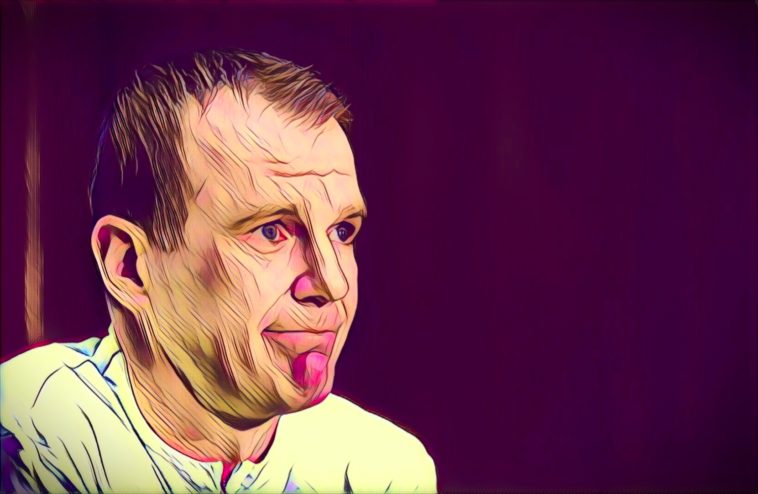 Veteran midfielder Glenn Whelan plays an important role for Ireland, but he is stymying the progress of Mick McCarthy’s team.

Only eight players have ever won 90 or more caps for the Republic of Ireland. It’s an exclusive list that features some of the best players to ever don a green shirt. There have been some legendary figures in Irish football that were unable to reach that figure. Paul McGrath, for instance, won 83, a fine number all the same.

All of these players have been overtaken by one Glenn Whelan, who won his 87th cap against Denmark on Friday evening, meaning he is Ireland’s tenth most-capped player ever. By the end of the year he will very possibly reach 90 caps, although becoming a centurion might be a stretch.

Then again, you never know with the Dubliner. Only last November his international career appeared to be over. Martin O’Neill arranged a farewell for the midfielder and it looked like he would play his last match at Lansdowne Road against Northern Ireland. Even though he insisted he would “never retire” it appeared to be the end of the road.

Fast forward a few months and O’Neill is gone, replaced by the returning Mick McCarthy, who promptly picks up the phone and gives Whelan a ring. The Aston Villa player says he is still available for selection, quite literally answering the call of his country.

Despite being, at times, heavily criticised by spectators and pundits alike, Whelan has been one of the most consistently picked players in the Ireland team, starting game after game under three different managers. Even when he was dropped for the Italy game at Euro 2016 and a new midfield solution had seemingly been found, he resolved to find his way back into the team for the next campaign.

“I’d be in a wheelchair and I’d be wheeled out if I had to,” he said last week.

The man is a model professional who always puts in 100%, is rarely injured, has never been a disruptive figure for club or country, and as he displayed in the lead-up to Friday’s qualifier, also has a sense of humour. When asked about his future after being released by Villa, he joked that “I’ve just had Real Madrid on the phone there.”

In many ways, he is an ideal player for a manager, someone willing to do the grunt work on the pitch, and he contributes to a good atmosphere around the squad. The problem is, he’s not very good.

Let me rephrase that, because I don’t want it to seem like I think Whelan is a bad footballer. He was a Premier League footballer who regularly played for Stoke City for almost a decade, before moving to a Championship club with whom he featured in the majority of games while helping them to consecutive playoff finals.

Whelan has crafted himself a decent career as a number six, and his recent good form gave credence to the argument that he deserved a call-up. Aside from his performances for Villa, he also played possibly his best match for Ireland against Georgia in the second qualifier of the Euro 2020 campaign. But he’s no longer suitable for that role, insofar as he ever was at this level.

A holding midfielder is supposed to offer balance to a side, but too often the former Stoke City player was exposed against the Danes this week for that to be the case. He’s too slow to press the opposition effectively and, despite having a good delivery of the ball from set pieces, his passing range is below average.

There’s also the fact that, at 35 years of age, Whelan is only going to get slower. That would be fine if he could do his job without having a negative impact on the rest of the team, but Ireland really lack pace and especially need an energetic presence in midfield.

On occasion, you’ll notice Whelan stepping so far deep that he’s virtually a third centre-back. Against Denmark he stepped off Christian Eriksen more than once, allowing the Spurs midfielder plenty of time and space to pick a pass. There’s an inherent dilemma in marking such a quality player in that by not closing down you give him a chance to find a pass, but if you close him down then you risk leaving a gap in the defence. Fortunately, Eriksen was not majorly impactful on the game, but that could be attributed to fatigue from a long season as much as anything else.

There are times when you need bodies back, particularly when your team is unable to control possession and play on the front foot. But it’s become a bit of a self-fulfilling prophecy for Ireland at this stage. Without technically skilled players who can keep possession, a player like Whelan is brought in and we surrender the ball.

It’s a vicious cycle that keeps repeating itself, because by playing him we are admitting that we have no intention of trying to keep the ball. There were positives to be taken from the 1-1 with Denmark, such as the high press being initiated by the forwards. Ireland were making hard work of it for the hosts, rather than just sitting back and hope for the best.

Even that strategy is flawed, however, if the midfield are not also pushing up. With Whelan firmly embedded in his own half most of the time there was a lot of space left for the opposition to play in. In the second half in particular, the Danes cut open the midfield at will for a stretch.

Denmark had 18 shots compared to Ireland’s six. If Yussuf Poulsen was the knife then Whelan was the gushing wound that Ireland couldn’t sew up. He did make some ball recoveries and tackles, as well as the odd tactical foul to stop an oncoming attack, but in reality they had goalkeeper Darren Randolph and their lucky stars to thank that they did not concede more than one goal.

The difficult question is, how does one replace him? Ireland are not flush with classy number sixes, and one of the few that we have, James McCarthy, is still on the comeback trail from a long-term injury. Ireland have performed very well when he has been the designated defensive midfielder, but he might miss this entire campaign.

Until an alternative is found though, Whelan’s place in the squad stymies any notion of progress in this Irish team, in more ways than one.

Because we’re big kids, we couldn’t help but ask @chriswaddle93 about the time @GaryLineker shat himself when playing against Ireland in the 1990 World Cup! ??