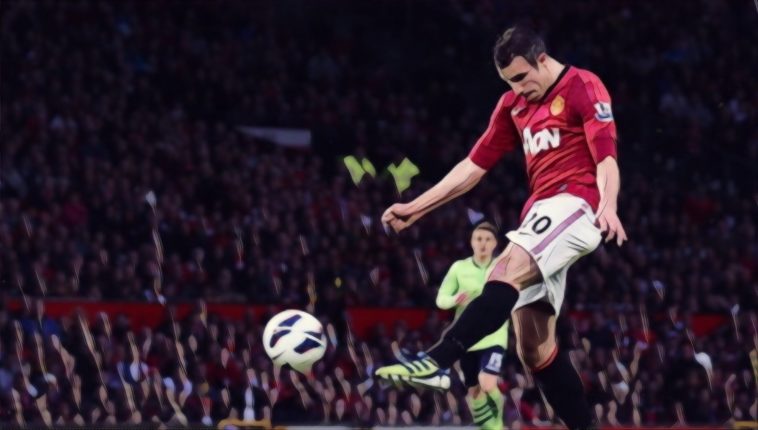 This week we are looking back at the very best of the 2010’s and pick out some of the finest goals scored in the Premier League this past decade.

This list is far from definitive or exhaustive. If we had to narrow down the categorical top five goals of the last ten years, then we would arguing amongst ourselves for weeks over who deserves to be in there.

Let’s just appreciate some bloody brilliant finishing. After all, they’re all worth the same at the end of the day.

Five of the best goals of the decade:

The name Johan Elmander is probably only a faint memory in the very back of your mind, but if you do remember the Swede it’s because of the outrageous goals he scored against Wolves in 2010.

The Bolton Wanderers man receives the ball in the penalty area, turns one way before swivelling, turning his marker inside out with his silky smooth touch, and slotting the ball effortlessly in the bottom right-hand corner.

It’s far from the most famous goal on this list, but it is one of the best we’ve seen in the 2010’s.

If you had told me in 2017 that Lucas Leiva would set up Emre Can for the best goal of that year, I would not have believed you. When you see the goal, it’s still hard to believe it happened.

Who remembers when Emre Can did this for Liverpool? 😱🤯pic.twitter.com/kN0ggjYZS1

An absolutely sensational finish from the German international, who will never be able to match that piece of magic even if he plays for another hundred years.

Here’s the thing: Robin van Persie has scored a lot of great goals. Amazing goals, outrageous goals, stupendous goals. If you had to pick one and call it his best, well, that would be impossible.

But when he knocked in this perfect volley against Aston Villa in 2013, the Manchester United striker scored one of the most memorable goals of the decade, and probably of the Premier League era.

The name Pajtim Kasami has faded long in the memory by now, but the former Fulham player will forever be included in highlight reels of the best Premier League goals ever after this stunning volley against Crystal Palace.

It was just ten minutes into Danny Rose’s debut when he unleashed an unholy volley to score his first professional goal for Tottenham Hotspur. It came against Arsenal of all teams, and Spurs won the North London Derby 2-1 that day. Dream debut or what?

It was a dream derby debut for Danny Rose in 2010… #COYS pic.twitter.com/HOSiT49Zv1

Just look at all those limbs.

Read: Arsenal’s Team of the Decade