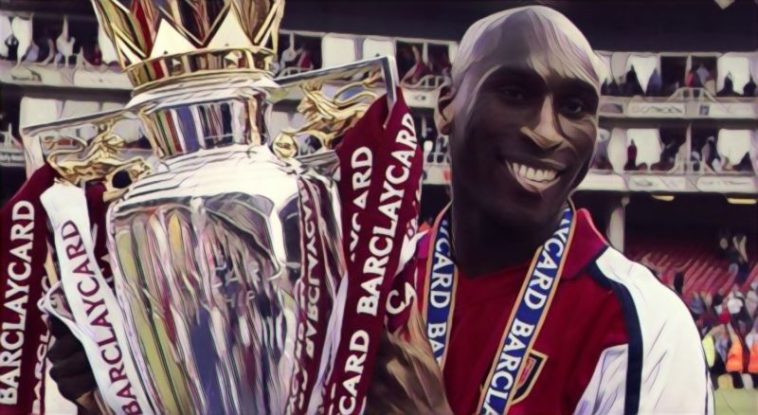 Since a relatively unknown Belgian midfielder by the name of Jean-Marc Bosman helped change the face of football in 1995, the Premier League has seen some memorable free transfers.

Whilst modern football see’s clubs continue to spend millions breaking transfer-records, there’s nothing quite like a bargain that works out brilliantly.

Runaway league leaders Liverpool recently announced the contract extension of utility man James Milner, a player who has made a huge impact at Anfield since moving there on a free from rivals Man City in the summer of 2015.

Milner’s extension got us thinking about the standout free transfers in top-flight history, so here are five of the best in Premier League history…

Delighted to be staying at this great club for another 2 years. Would be nice if we can celebrate with another 3 points tomorrow 👊🏻🔴🔴 #YNWA pic.twitter.com/y9X0pYJcEb

Many eyebrows were raised when Gerard Houllier decided to add veteran midfielder McAllister to his exciting, young Liverpool team in the summer of 2000.

Aged 35, many questioned Houllier’s decision to add the Scot to his midfield options which already included the likes of Dietmar Hamann, Danny Murphy and a young Steven Gerrard.

The signing proved a masterstroke, with McAllister playing an influential role as Liverpool won a cup treble in his debut season, lifting the UEFA, FA and League Cup in a memorable season on Merseyside.

Despite his advancing years, McAllister made 49 appearances in that campaign, scoring a 40-yard, last-minute free-kick winner in the Merseyside derby.

A man of the match performance in the UEFA Cup final, scoring one and having a hand in a further three goals as Liverpool beat Alaves 5-4 in a thrilling showpiece further cemented his status as an Anfield favourite.

He left in 2002 and returned to Coventry, his place in Liverpool’s history assured.

Arguably one of the most high-profile and controversial transfers of all-time, Sol Campbell’s defection from Tottenham to Arsenal caused uproar amongst the Spurs faithful.

Having come through the club’s academy and established himself as first-team captain, Campbell decided to leave on a free transfer and cross the North London divide in search of silverware and Champions League football.

Whilst Tottenham were left shocked and angered by his departure, the England international’s decision was vindicated as he played a key role in a successful period at Arsenal.

During five years with the club Campbell won two Premier League titles and two FA Cups, including playing a vital role in the club’s ‘invincible’ season in 2003/04.

He left the club to join Portsmouth in 2006, before returning for a second spell in 2010.

Remarkably, despite playing for five clubs throughout his career, Campbell never cost a transfer fee.

Whilst other Bosman signings have perhaps made a greater impact in terms of silverware and success, few will be remembered as fondly as Nigerian midfielder Okocha.

‘So good they named him twice’, Okocha surprisingly arrived at Bolton in 2002 in a spell when Sam Allardyce seemed able to persuade some of Europe’s finest ageing talent to enjoy a swansong in Lancashire.

The 7-time Nigerian Player of the Year made an immediate impact, scoring seven goals to steer Bolton away from the relegation places.

His audacious array of tricks and flicks made him an instant fan’s favourite, whilst his penchant for the spectacular further endeared him to supporters.

He was eventually named club captain, leading the side to the 2004 League Cup final. He left the club in 2006, moving to Qatar to join Qatar SC before returning for a second spell in the Premier League with Hull City a year later.

Having secured back-to-back Premier League titles under Jose Mourinho, Chelsea’s signing of Germany captain Ballack from Bayern Munich looked ominous for the rest of the division.

Ballack arrived at Stamford Bridge with a reputation as one of Europe’s finest midfielders, having won four Bundesliga titles during his spell in Germany.

He scored an FA Cup semi-final winner in his debut season as Chelsea lifted the trophy, completing a cup double after earlier League Cup success.

Whilst not as prolific as he had been in his homeland, Ballack still played a crucial role in a successful period for the West London side. Alongside the likes of Frank Lampard and Michael Essien in midfield, Ballack won four major honours during a four-year spell in the Premier League, including a 2010 domestic double.

During a glittering career including spells at the likes of Juventus, Barcelona, PSG and both Milan clubs, Swedish superstar Ibrahimovic had been a serial winner.

In the typically arrogant nature of Premier League fans, his failure to compete in English football was seen as a glaring omission from an impressive CV.

In 2016, at the age of 34, Zlatan joined Manchester United after the expiry of his contract at PSG, reuniting with former boss Jose Mourinho.

Many doubted whether the veteran forward would be able to cope with the physical demands of England, however, any doubts were soon quickly forgotten.

A winner in the Community Shield got his United career off to an impressive start, before netting again on his first Premier League appearance. The goals continued to come, becoming the oldest player to score 15 goals in a Premier League season.

Two goals in the final, including the winner, helped United to League Cup success over Southampton, before a serious knee injury curtailed his career in April.

His debut season at Old Trafford saw him score 28 goals in 46 appearances in all competitions, winning three trophies after United lifted the Europa League later that season.

He left in 2018 for the MLS after a lengthy spell on the sidelines, his reputation in English football cemented.