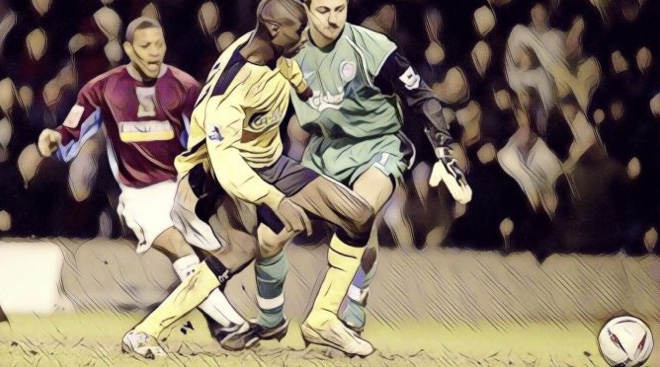 What is the greatest FA Cup own goal of them all?

With Manchester City and Watford ready to fight it out for the FA Cup today, we put together a list of the best and funniest own goals from the competition over the years.

Few things are as embarrassing as putting the ball past your own goalkeeper, but we rarely see anything as funny as it either.

We’ve listed the best here, but if you’re the impatient type you can watch them all in one video at the end of the article.

The funniest FA Cup own goals ever:

The Englishman has been a rock at the centre of Brighton’s defence for many years, but his first appearance at Anfield wasn’t exactly the proudest moment of his career.

It was a breakout year for the hometown player, who made 31 Championship appearances that season, as the Seagulls progressed to the fifth round for a glamour tie away to Liverpool. It turned into a nightmare for the visitors however, as the Reds scored six times from a total of 30 shots that day, winning 6-1 to progress to the next round.

The omens were bad from the get-go as Martin Skrtel scored the opener, with Andy Carroll, Luis Suarez and two own goals from Liam Bridcutt adding to Brighton’s misery.

The best goal of the day went to Dunk though, who attempted to chest a cross into the box, before teeing it up with his knee to eventually clear it. The problem was it crossed the line in the process. That set a new record: no side had ever scored three own goals in an FA Cup tie until then.

Liverpool went on to win the League Cup the very next week, and reach the FA Cup final, where they lost 2-1 to Chelsea.

Read: The five worst own goals of all time

Look, there’s never a good time to score an own goal. But the worst time to do so might be in a cup final, as Des Walker did in 1991.

Forest gained the lead in the first half that day through a Stuart Pearce free-kick, before Paul Stewart equalised for Spurs not long after the interval. Neither side could be separated over 90 minutes, so the game went to extra-time.

While defending a corner Walker attacked the ball, only to put it past his own goalkeeper. That mistake by the centre-back was the difference between the sides, as the north London outfit went on to win a then-record eighth FA Cup final.

It was a disastrous moment for the Hackney-born defender, but he had won five cup finals with Forest before then. Also on the losing side that day was a young man called Roy Keane. Whatever happened to him?

Fulham’s record in domestic cup competitions is nothing to write home about. They have reached one cup final, in 1975 against West Ham United, which they lost and ever since have had a penchant for going out to minnows.

On this occasion, the Championship side, relegated from the first tier the previous season, were facing Premier League outfit Sunderland, but took the fourth round tie to a replay after drawing 0-0 at the Stadium of Light.

The Cottagers would lose the return fixture however, with young Englishman Marcus Bettinelli making a dreadful mistake to hand the Black Cats an equaliser. The goalkeeper spilled a high ball under no pressure before it crossed the line.

Hugo Rodallega gave the home side the lead in the first-half, but three goals after the break sent the visitors through to the fifth round. Ricky Alvarez and Jordi Gomez also scored that day.

An all-time classic of the genre, Djimi Traore will forever be remembered for his own goal against Burnley 14 years ago.

The Liverpool defender attempted to control a low cross rather than boot the ball into Row Z, but instead he somehow managed to reverse it into his own net.

“Winter bit in this pocket of Lancashire last night but it was Liverpool who froze,” was Dominic Fifield’s assessment for the Guardian, as the Reds were unceremoniously dumped out of the FA Cup in the third round thanks to the Frenchman’s calamitous error

Burnley, a Championship side at the time, defeat League One Bournemouth following that famous victory, before going out to Premiership club Blackburn Rovers. How times change…

When it comes to the G.O.A.T of OG’s, there are few, if any, that can contend with Wayne Hatswell’s stunner in 2001.

It’s unlikely the centre-back would even have his own Wikipedia page if it weren’t for his botched clearance, which went straight into the top corner of his own net. Watching the defender smack the ball into the goal never fails to make to cry in laughter.

The goal’s iconic status has been cemented by the abundance of ‘football’s funniest moments’-type clip shows on Sky television over the years, in which Hatswell’s strike has featured quite a bit, as well as Gary Lineker’s desire to have it aired on Match of the Day.

Morecambe won that first round contest by three goals to nil, in case you were wondering.

You can see all of the goals in one package here:

Try our quiz: Can you name every team to win the FA Cup?