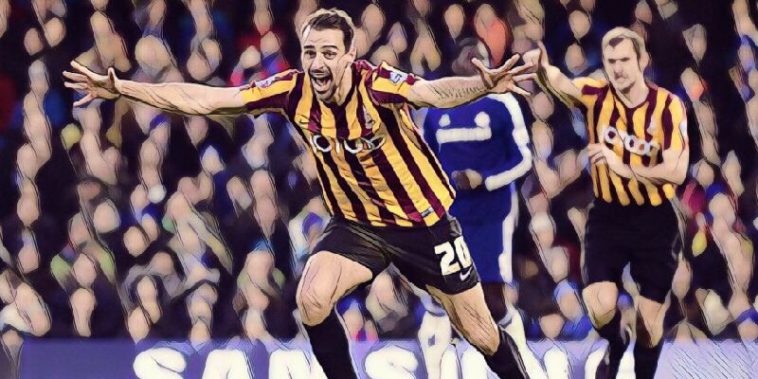 It’s one of the most famous and iconic trophies in world football, and has inspired the great and small to some wonderful victories. Nothing however can compare to when the Davids beat the Goliaths. Here are five of the best giant killings that the FA Cup has had to offer.

Well, when we started making this article, and deciding which games to include, it was soon obvious that it was going to take more than one post to complete this list, with the ‘Magic of the FA Cup’ throwing up some fairly memorable results.

Not only one of the biggest FA Cup giant-killings of all time, but Hereford against Newcastle also included one of the best, and subsequently most famous goals the competition has ever seen.

Having already drawn 2-2 at Newcastle to earn a replay, Hereford fell behind to leave their FA Cup dreams hanging in the balance. Then, the moment. Hereford’s Ronnie Radford fired the Bulls level with his now famous 30-yard rocket. The game went to extra time before substitute Ricky George earned a fourth round tie against West Ham, who sadly ended their FA Cup journey. Despite the club being dissolved in 2014, Hereford United’s presence will always be felt in FA Cup history.

High flying Liverpool were handed a fifth round tie against South Yorkshire side, Barnsley. Despite Rafael Benitez resting a number of key players, it was still a strong side that was expected to progress. Dirk Kuyt gave the home side the lead before Barnsley ‘keeper Luke Steele, who was making his debut, pulled off a number of excellent saves to keep the Reds in the game.

The Tykes drew level through defender Stephen Foster before late drama ensued in front of the Kop. Barnsley captain Brian Howard was hauled down in the area but the referee denied them a stonewall penalty. Howard chased after the referee to protest his case, and as he did so, the ball dropped to him. He took a couple of touches to set himself, and through sheer frustration, smashed the ball into the back of the Liverpool net to send the travelling fans into raptures.

Manchester United, one of the most successful clubs in FA Cup history, and in 2009/10 they were at the peak of their powers when their old rivals Leeds United came to town. It was the first time the two sides had met in a number of years, but with Leeds languishing in League 1, a home win was the only thing anyone could possibly imagine.

However, Jermaine Beckford was the toast of West Yorkshire, scoring the only goal of the game to send Simon Grayson’s side into the fourth round, and United crashing out.

Jose Mourinho’s Blues raced into a 2-0 lead with goals from Internationals Gary Cahill and Ramires, before Jon Stead pulled a goal back before half time.

Chelsea, who would go on to win the Premier League that year, were still in the lead with just 15 minutes to go, that was until the Bantams made one of the shock stories in Cup history. Filipe Morais pulled Bradford level to raise hopes of taking the Blues back to Valley Parade for a replay. However, after 82 minutes, Andy Halliday blasted the Bantams ahead before Mark Yeates sealed the victory by slotting home a fourth in added time. A true giant-killing of epic proportions.

The younger readers of this article may be stunned to believe this, but Coventry City used to be a good side. Madness, we know, but back in the 1988/89, Sutton United provided one of the biggest shocks in the Cup’s long history.

Defender Tony Rains put the conference side into the lead just ahead of the break before David Phillips pulled the First Division side level after 52 minutes. However, just seven minutes later Matthew Hanlan put the U’s back in front, and they were able to hold on to complete one of the most famous giant killings in Cup history.