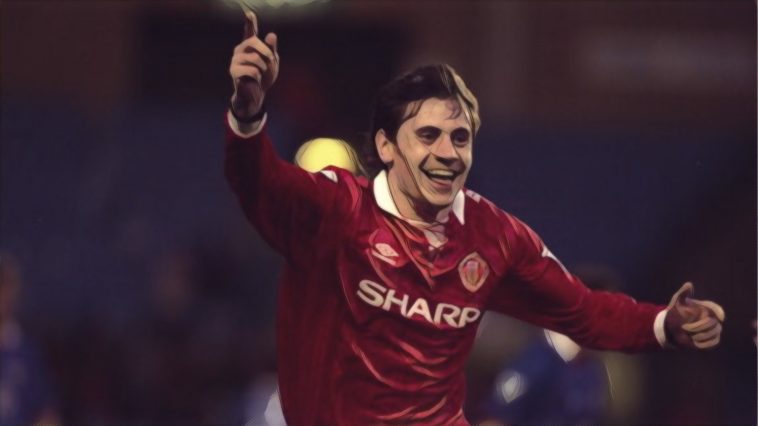 Arriving to the Premier League as a virtual unknown from the Soviet Union, Andrei Kanchelskis left as a legend at Manchester United and Everton.

If it weren’t for history taking the course that it did, we may very well have never heard of the name Andrei Kanchelskis. When the winger’s career began with Dynamo Kiev in 1988, the USSR was very much still together, but it was creaking at the seams. Baltic republics were leaning towards independence, while civil war raged in the Caucasus.

In Kanchelskis’ native Ukraine, which had suffered through the Chernobyl disaster just two years previously, demonstrations containing thousands of people filled the streets calling for reform. By the end of the year foreign radio stations were no longer jammed by the state, allowing citizens access to a plethora of news sources.

The times were changing, which would give Kanchelskis the opportunity to make a name for himself in the sport he clearly loved so much beyond the Iron Curtain. Athletes and sports people were allowed leave the Soviet Union to compete abroad, but could only move permanently after their mid-twenties. Yet once the Communist state dissolved, separating into numerous constituent Republics, restrictions on travel vanished in an instant. It literally opened up a whole new world for its former citizens.

Although football in many of the former Soviet nations has crumbled and fallen into disarray, it was a huge boon for players, who fled in their droves in the pursuit of professional football in Europe. The dream, as well as the money on offer, was too good not to chase down.

Naturally, that attracted the interest of football agents keen to capitalise on the influx of talented young footballers. Rune Hauge, the man at the centre of the George Graham bung scandal in 1995, was on the case for Kanchelskis, who was playing for Shakhtar Donetsk at the time.

Manchester United were the ones to take the leap of faith, spending £650,000 to bring him to the north west. It was not an inconsiderable sum of money given the player was a virtual unknown – especially in the days before the internet – so how was Alex Ferguson convinced to sign him at a time when foreign signings were extremely rare?

Supposedly, Hauge had shown the Scottish manager a VHS tape of his highlights to illustrate how good the player was. It worked, and Fergie called the transfer a “justifiable risk”. He was vindicated in the end, with the speedy winger contributing 23 goals and eight assists in the league, winning two Premier League titles in three years. But it was his style of play that really endeared him to the Old Trafford faithful, and later at Everton and Rangers too.

Kanchelskis possessed the type of speed that saw him bomb up the wings with the ball, in a way English crowds were used to. His trademark run was to go down the sideline, turn and cut in at the last possible moment at the endline, before either crossing the ball in or shooting himself.

But he was quite untypical for his position in other ways as well, especially when compared to United legends such as Ryan Giggs, Lee Sharp and David Beckham. Not only was he capable of picking up the ball from deep and running with it or getting on the end of long balls and sprinting towards goal; he was also perfectly capable of picking the ball up in central midfield or making a late run into the box from a central position to head one into the back of the net.

He is rarely recognised as such, but Kanchelskis might have been the first of his kind of attacker to arrive in the Premier League, which featured just 13 foreigners on its opening day back in 1992. He set a template for the multi-purpose modern forward long before it actually came to fruition, resembling nothing like the wide players British football had produced up to then.

And why would he? Having grown up in eastern Europe, it’s unlikely he would have had much, if any, exposure to English football. He came from a totally different football environment, one which has a long history of producing extremely talented forwards; from Oleg Blokhin and Igor Belanov right up to Oleg Protasov and Andriy Shevchenko, Ukraine has a proud tradition of generating exciting footballers.

Ironically, Kanchelskis never lined out for the country of his birth during his career, despite winning 59 caps for three different national teams. He started out with the Soviet Union, scoring the last goal in the country’s history, before lining out for the short-lived CIS at Euro 92. Following the end of that tournament, Russia were recognised as the official successor to that team, allowing Kanchelskis to declare for them.

We never got the pleasure of seeing him at a World Cup or playing in the Champions League on a regular basis, but Kanchelskis possessed the ability, flair and childlike abandon worthy of the biggest stages in the game.

Listen to our full-length podcast on the life and times of the one and only Andrei Kanchelskis to see if he is worth of induction to the 90’s Football Hall of Fame: