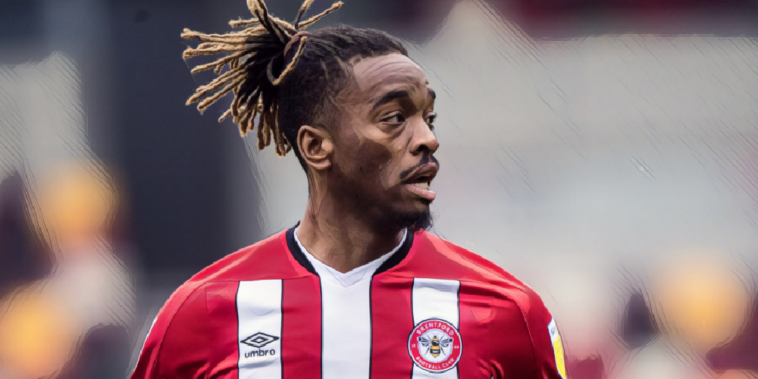 Premier League sides often scout the world for premium talent as they bid to strengthen their squads, but occasionally some of the most inspired investments can be found right on their very doorstep.

Several stars have stepped up into the top flight from the Championship in recent seasons, with Aston Villa’s double signing of Ollie Watkins and Matty Cash, and Everton’s capture of Ben Godfrey amongst the most successful of last summer’s window.

Watkins’ move has been particularly impressive with the forward having finished as the joint-leading scorer in the second tier last season, before making an immediate impact at Villa Park with 10 league goals for the campaign to date.

We’ve looked at some other goal-getters currently impressing in the second tier this season, here are five Championship strikers Premier League clubs will be interested in this summer:

The stand-out candidate following an exceptional season at Brentford this term, the fine recruitment of the promotion hopefuls has allowed progress to be continued despite losing their leading assets once more last summer.

The departures of Ollie Watkins and Said Benrahma to Aston Villa and West Ham respectively left the Bees with a huge void to fill, one that Toney has stepped into superbly following his summer arrival from Peterborough.

Toney scored prolifically in the third tier for Peterborough last season and has continued that impressive form despite stepping up a division, scoring 25 league goals in 32 starts with a further nine assists.

Toney’s form has fired Brentford into promotion contention after the heartbreak of last season’s play-off final defeat, Thomas Frank’s side currently in the automatic promotion places as we head towards the Championship run-in.

West Ham have been strongly linked with a move for the 24-year-old as they seek attacking reinforcements, whilst Arsenal have been mentioned as potential suitors given the uncertainty surrounding the futures of Alexandre Lacazette, Eddie Nketiah and Folarin Balogun.

Toney has starred and could yet prove the difference in Brentford’s promotion push, but another season of falling narrowly short could see yet another asset prised from one of England’s most savvy recruiters.

After failing to establish himself after coming through the ranks at Newcastle, Adam Armstrong appears ready for a second chance in the Premier League after enjoying the best season of his career at Blackburn this term.

Armstrong scored 17 league goals for the club last season and has improved those figures once again this time around, with only the aforementioned Toney having netted more in the Championship in 2020/21.

The 24-year-old has led the line superbly for Blackburn despite his diminutive stature, his speed and mobility stretching defences and his shoot-on-sight policy making him a huge goal threat.

Armstrong’s 147 shots this season are a huge 52 more than the next highest player in the division, with the forward also leading the shots on target rankings and shots on target per 90 minutes.

West Ham are understood to hold an interest in the 19-goal star who has been valued at £25m by his current club, despite the former England U21 international having less than 18 months on his deal at Ewood Park.

Newcastle, who inserted a sell-on clause in the deal that took Armstrong to Blackburn, will be monitoring developments closely.

Joao Pedro arrived at Watford last January and was handed just three substitute appearances as the club were relegated from the Premier League, the teenager allowed time to adapt following his signing from Fluminense.

Watford’s drop into the second tier has now provided the 19-year-old with an opportunity and he has impressed during his first full season in English football, coping admirably with the physicality and competitiveness of the Championship to make an impression at Vicarage Road.

Pedro has scored nine league goals in 21 starting appearances so far this season, with Watford currently third in the division as they seek an immediate return to England’s top tier.

The youngster is comfortable in a variety of roles across the forward line and, whilst still raw, has the talent to thrive at a higher level, Pedro hopeful of following the pathway set by compatriot Richarlison, who progressed at Fluminense and Watford being breaking into the senior Brazil side.

Oh Jurgen! Ranking the highest amount of shots taken without scoring at home in PL history

Michael O’Neill’s arrival as Stoke City manager saw the future of Tyrese Campbell dominate the headlines, the young forward linked with both Celtic and Rangers as he entered the final months of his deal at the bet365 stadium.

Campbell, the son of former Everton and Arsenal striker Kevin, ultimately committed his future to the club and it has been a welcome boost for O’Neill whose side were flirting with the prospect of a play-off push before a recent run of three consecutive defeats.

Stoke’s form has suffered a sharp downturn with just two wins from their past 14 league games, with a serious knee injury to Campbell in December robbing the Potters of one of the Championship’s brightest young talents.

The 21-year-old, who is comfortable on either flank and as a central striker, had provided 11 goal involvements in just 13 league starts before being struck down with a season-ending injury, with only Ivan Toney having averaged more than his 0.91 goal involvements per 90 minutes in the Championship this season.

Premier League clubs are reported to have monitored the youngster’s progress since becoming a regular in the Stoke side, though will want to see how the starlet recovers before launching a bid to prise him from the Potteries.

Any side seeking a guaranteed source of goals could do worse than make a move for Teemu Pukki, who has once again spearheaded a Norwich side who look well-placed for an instant top tier return.

Pukki was named as the Championship Player of the Season after winning the division’s Golden Boot in 2018/19, before being amongst the Canaries shining lights despite their relegation last season.

The Finland international scored 11 top-flight goals in a struggling side and has continued to hit the back of the net with regularity this time around, his 18 goals the third-highest figure in the Championship behind only Toney and Armstrong.

League leaders Norwich have opened up a 10-point lead over third-placed Watford and are in pole position for promotion, with a return to the Premier League perhaps ending any side’s hopes of prising the forward from Carrow Road.

Pukki will turn 31 later this month and would be a short-term solution for any Premier League side seeking additional firepower this summer, but there are few Championship strikers who possess his goalscoring pedigree.

See Also: Seven of the greatest moments in the Chelsea-Liverpool rivalry