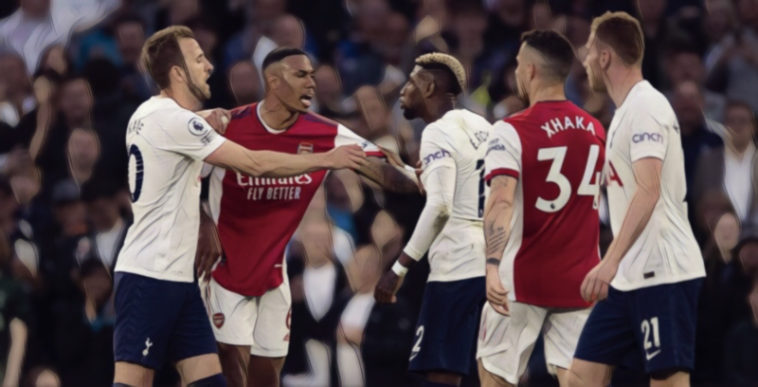 In strictly geographical terms, there are 20 derbies that will play out twice-over in the Premier League this season, and this weekend heralds the very best of them when Arsenal collide with Spurs.

By way of comparison, the Merseyside derby doesn’t come close, or at least not for the neutral, nor does the eternal battle for Manchester’s soul. As for any south coast or Midlands affairs, these are parochial dust-ups that rarely ignite interest beyond their borders. Seriously, can you pick out one memorable moment from Bournemouth v Southampton, or Villa v Wolves in recent years?

Whereas the North London Derby is chockful of drama and better yet it is passion and pathos that travels, right up to Durham, right down to Devon, gripping the nation and thoroughly entertaining one and all for ninety minutes twice a season. The all-Merseyside clash doesn’t do that. Not in reality. Only the idea of it entices, and the same goes for its Manchester cousin.

Want evidence for this hypothesis? Fine.

Since 2000, 35% of North London derbies have ended in a draw, and if you view this statistic as a negative, that would be entirely understandable but you’d be mistaken. That’s because only one from that number has been goalless while included in the tally is a highly eventful 3-3, and a 4-4 classic that saw visiting Tottenham pull back a two-goal deficit in the final minutes. More so – and this is key to the fixture’s appeal – such a welter of stalemates demonstrates that this is a contest of relative equals.

The same unequivocally cannot be said of the Manchester match-up, with first United holding sway for a period of time, and then City, following a transferal of power. That’s why there have only been 19% of draws in that particular game in the last 22 years. As for Everton v Liverpool, the Toffees have won four from 46 meetings since the Millenium. That’s a meagre 8.6% win-rate from a perennial underdog.

It is admittedly always an intriguing prospect, watching a dominant side take on an inferior neighbour. It draws you in. You instinctively hope that the underdog wins and you imagine how their fans are feeling ahead of kick-off. You root for them. Only then the dominant team score, and then they score again, outplaying their local foes for good measure. And you switch off.

Nobody switches off a North London Derby, or at least they haven’t since the days when the Invincibles figuratively resided in another league to Spurs. In the past decade a series of season-long tussles have taken place for a Champions League spot and twice their clashes have gone a long way in deciding who gets it. Consider this: In the last ten years Tottenham’s average league placing has been 4.5 while Arsenal’s has been fifth. These are clubs that not only share a postcode, but a headspace. They are two sides of the same denomination coin. And they share an ambition.

Furthermore, it’s a fixture historically resplendent with goals. Since 2000 there have been 3.2 goals per game, an average that looms large over the 2.3 witnessed in Merseyside derbies and to repeat a point that warrants a second airing, it’s a goal-haul that it pretty evenly distributed. This millennium, Arsenal boasts an overall aggregate win of 82-60 over their hated rivals. In the North-West their score-line is 73-34. That amounts to a twenty-year rout.

The closeness of the games and their close proximity in the league also ensures the friction between the fan-bases is piqued ever so.

You would be hard-pushed to find a United or Everton supporter who would seriously claim their club is the best in their city. Instead, they seek out compensatory forms of one-upmanship such as Toffees insisting theirs is the ‘people’s club’.

In North London however, it’s all about who are the top dogs. Who runs that town.

When all of these considerations combine it tends to mean the fixture’s greatest moments are far more significant and memorable, from Thierry Henry’s individual wondergoal in 2002 to David Bentley’s ridiculous long-range thunderthwack six years later. Add in too, a downright silly 5-4, all manner of dramatic comebacks, and the third most red cards from any top-flight fixture, and what we have is a neighbourly dispute between equals, who are both fighting for the same small real estate in the league, pulling out all the stops – by fair means or foul – to achieve it.

It makes the North London derby unmissable and it makes them heated, monumental, and engrossing.