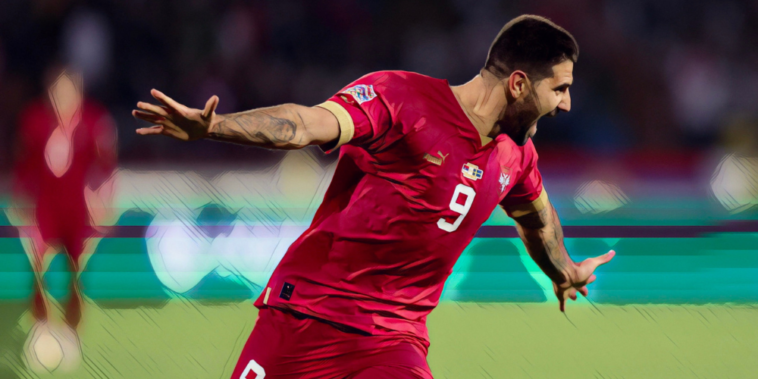 With stars in Nations League and friendly action across the globe, we’ve picked out the Premier League players who made the biggest impression.

Here are six players who smashed it during the international break:

Diogo Dalot’s progress this season has been a major boost for Manchester United, with the full-back having emerged as a central figure under Erik ten Hag.

Dalot was backed for a huge future when Jose Mourinho signed him for the Red Devils four years ago, but an up and down career with the club to date now appears firmly on the right track.

After a string of impressive performances in the Premier League this season, Dalot underlined his growing confidence and class with a brilliant display as Portugal thrashed the Czech Republic.

🇵🇹 Last time out for Portugal… it was all about Diogo Dalot 🌶️#NationsLeague | @selecaoportugal pic.twitter.com/e2nfjPBmTv

Dalot scored twice in a 4-0 win for the Portuguese, his first international goals. After turning in from close range for his first, he showcased his increasing confidence with a brilliant bending finish – on his weaker left side – from outside the area.

The right-back marauded forward into advanced areas all evening and a new contract at Old Trafford is believed to be high on the club’s agenda.

Aleksandar Mitrovic has been in fine form for Fulham this season, with the forward’s goals having fired the Cottagers to sixth in the Premier League.

There are no such doubts in Serbia however, with Mitrovic extending his record as the nation’s all-time leading goalscorer to fire Dragan Stojković’s side to Nations League promotion.

The 28-year-old scored a brilliant hat-trick as Serbia thrashed Sweden 4-1. It was a performance which exhibited the best of a forward brimming with confidence, as he won 5/7 aerial duels and scored with three of his four shots on target.

Who said Aleksandar Mitrovic can’t do it on the biggest stage. 💪 pic.twitter.com/TBAidwovgu

Mitrovic has reached the half-century in just 76 appearances, far quicker than either Cristiano Ronaldo (114) or Lionel Messi (107) managed in international football. He now has 48 goals in his last 58 international appearances for Serbia, a phenomenal return for a footballer approaching the World Cup in the finest form of his career.

Christian Eriksen is purring at present and transferred his club form onto the international stage this week. After a difficult start following his free transfer move to Manchester United this summer, the midfielder has been a crucial cog in Erik ten Hag’s improving team at Old Trafford.

Eriksen impressed despite defeat to Croatia in Denmark’s first fixture of the break, in which he scored a spectacular goal from distance to score his 39th international goal and move fifth among his nation’s all-time leading scorers.

The midfielder followed that performance up with a playmaking clinic as Denmark beat France.

Against Les Bleus he was superb, the best player on the pitch against the reigning world champions and one of the favourites for success in Qatar. His eight chances created was just one less than the entire French team managed combined, while it was the most recorded by any player in the 2022/23 Nations League.

“What can be said about Christian that hasn’t already been said? He is a world-class player and team-mate,” Denmark team-mate Kasper Schmeichel said on Eriksen in an interview with Tipsbladet.

“I will always venture the claim that if you take Eriksen out of the team – regardless of the level – you will be able to feel it. He is the man who makes everything tick. He sees some things that not many others see. Just a top footballer.”

Manuel Akanji has made an immediate impression at Manchester City, with the surprise deadline day addition having provided Pep Guardiola with a welcomed selection headache.

Akanji has impressed across his first appearances for the Premier League champions, whose £15m deal for the centre-back already looks like shrewd business.

The 27-year-old shone during Switzerland’s 2-1 win over Spain in the Nations League, as the Swiss upset the group winners. Akanji was central to a Switzerland side who inflicted Spain’s first home defeat in 22 matches across all competitions, while it was just La Roja’s second defeat on home soil since 2003.

The centre-back opened the scoring with his first international goal, before providing the assist for Breel Embolo to score Switzerland’s second just minutes after Jordi Alba’s leveller for Spain. However, a yellow card ruled the defender out of Switzerland’s second fixture, a 2-1 win over the Czech Republic.

Luis Sinisterra is beginning to find his feet in the Premier League after a summer move to Leeds, having headed into the international break after back-to-back goals against Everton and Brentford.

The Colombian continued that goalscoring form with the national side, as he came off the bench to score twice in his nation’s 3-2 win over Mexico.

Colombia were trailing 2-0 at the interval before Sinisterra’s introduction transformed the game, with the winger taking just seven minutes to bring the sides level.

His first came with a bullet header after meeting Juan Cuadrado’s corner kick, before sweeping a second into the far corner after a clever cut-back inside the area.

Sinisterra produced 23 goals and 14 assists in 49 appearances for Feyenoord last season and Leeds will be hoping his current purple patch can last over an extended period at Elland Road.