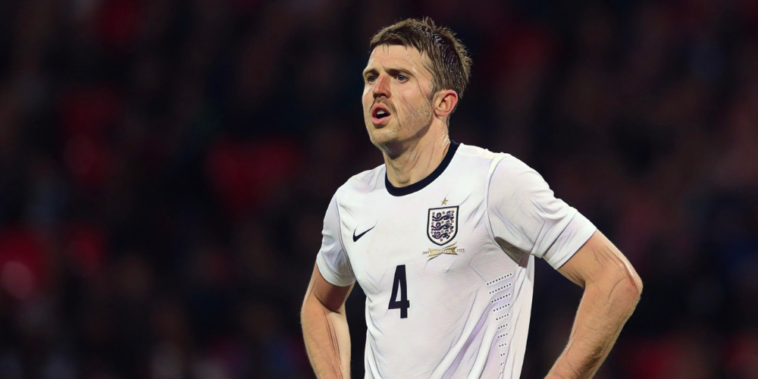 Trent Alexander-Arnold’s exclusion from the England squad has caused headlines this week, with the Liverpool defender returning to his club having failed to feature for the national side during the Nations League games.

Alexander-Arnold was an unused substitute for the Three Lions’ defeat in Italy, before being left out of the match-day squad for the draw with Germany. Despite being regarded as one of world football’s best attacking full-backs, the 23-year-old has struggled to win favour with England and has made just one international appearance in 2022.

Gareth Southgate has refused to place his trust in the Red’s right-back, who faces the prospect of being the next leading Premier League talent to be underused at international level.

Steve Bruce is often cited as one of the best footballers never to win an England cap, a label the former Manchester United defender would no doubt rather not have.

Despite being a rock-like presence for the Red Devils under Sir Alex Ferguson, the uncompromising centre-back was overlooked for international honours.

Bruce signed for Manchester United in 1987 and went on to make 417 appearances in all competitions, forming part of the team which won a drought-breaking Premier League title in 1992/93.

On this day in 1993, Steve Bruce netted twice against Sheffield Wednesday to help #MUFC clinch our first @PremierLeague title! pic.twitter.com/U4xcZRyR4b

He captained the club to further titles in 1994 and 1996, before departing Old Trafford as a winner of eight major honours.

He failed to earn a single cap for England during that time and was not included in squads for either Italia ’90 or Euro 1992, with the likes of Des Walker, Mark Wright and Martin Keown all preferred for major tournaments during Bruce’s best years.

Matt Le Tissier was a brilliant talent who lit up the Premier League at his best, a one-club legend at Southampton who compiled a catalogue of spectacular goals.

Le Tissier scored a century of Premier League goals for the Saints, but his unique gifts were not indulged with England as he was afforded just eight caps across an international career that spanned just three years.

England have often been lacking in flair and technique, two attributes which ‘Le Tiss’ had in abundance. It was not enough to warrant a regular role with the Three Lions however, as successive managers had reservations over his work-rate.

Le Tissier’s lack of recognition and perception as a flawed but fun genius only added to his cult status and the midfielder admits he has ‘no regrets’ despite his lack of opportunities with England.

“I’ve always said I’ve no regrets about my career and if I had the chance to do it all again, I’d probably pick the same route,” Le Tisser told OTB.

“I’m very, very happy with the way things turned out. Yes, I’d love to have had more England caps, that’s the one thing I look back and think that would have been nice, but I’m also mature enough to understand that’s not in my call,” he said.

“I played the best I could for my team, and if that wasn’t good enough for England managers, then so be it. It’s something I’ve reconciled with quite a long time ago and I understand it was out of my hands, so it was ok to be disappointed, but it’s not a regret.

“Graham Taylor put me into the first England squad, I sat on the bench when Alan Shearer made his debut and scored. I didn’t get on that day, so I didn’t make my debut until a couple of years later when Terry Venables was manager, so I got a couple of caps under Terry and a couple of caps under Glenn (Hoddle) but both times I was dropped without any explanation at all really.”

Andy Cole is a curious case of a footballer whose career achievements have rarely received their rightful recognition.

The fourth-highest goalscorer in Premier League history with 187 goals in the division, Cole scored spectacularly at Newcastle before forming a prominent part of the Manchester United team that dominated English football during the nineties.

Cole scored a Premier League record 34 goals to win the league’s Golden Boot and PFA Young Player of the Year award, but had to wait for March of the following season – and a £7m British transfer record move to Old Trafford – before his first England appearance.

He managed just 14 more caps for the Three Lions, scoring once, and was overlooked for the 1998 World Cup squad despite scoring 25 goals the previous season. That haul was more than Alan Shearer, Teddy Sheringham and Michael Owen.

Hoddle’s infamous characterisation of Cole as a striker who “needs five chances before he scores” was bizarrely held as Gospel, despite the evidence quite conclusively suggesting otherwise.

Robbie Fowler’s emergence in English football was explosive as any in Premier League memory. The Liverpool teenager scored 12 goals in his first 13 games for the Reds, before racking up 30+ in three consecutive campaigns.

Those performances saw Fowler win successive PFA Young Player of the Year Awards, as a not-so-quiet secret of the Liverpool academy system burst onto the scene.

The standard of centre-forward in English football during the nineties was perhaps at an all-time high and Fowler was forced to wait patiently for his chance with the likes of Alan Shearer, Teddy Sheringham, Les Ferdinand, Andy Cole and Ian Wright among his competitors for an England place.

The nutmeg 🔥
The finish 🍟

“I scored nearly 100 goals before I made my England debut,” Fowler said to OTB. “But if I’m being totally honest, there were more players to choose from back then. The standard of players was quality.”

Fowler was included in the squad for Euro ’96, but made just two substitute appearances as England reached the semi-finals. He made just one more appearance at a major tournament, as a substitute in England’s 3-0 win over Denmark at the 2002 World Cup, in what proved to be his final cap. He made just 26 appearances for England and scored seven goals

For almost a decade England attempted to make a midfield two of Frank Lampard and Steven Gerrard work, persistent attempts which largely resulted in negating the strengths of the duo.

No manager was brave enough to do without one of that pair, while a midfield three was overlooked despite solutions screaming at those in charge.

Michael Carrick was one of those, a footballer whose brand of football was tailor-made for international football but who found himself on the outside looking in.

Carrick made his Three Lions debut in Sven Goran Eriksson’s first game in charge of England in 2001, but amassed just 34 caps – only 22 of which came from the start and just one in a major tournament – across an international career that lasted until 2015.

The metronome of the Manchester United midfield won five Premier League titles among his honours, while he is the only English footballer – alongside Wayne Rooney – to have won every major domestic honour alongside both the Champions League and Europa League.

Pep Guardiola hailed Carrick as ‘one of the best holding midfielders I’ve ever seen in my life’ and compared the midfielder to Xabi Alonso and Sergio Busquets. It’s one of English football’s greatest wastes that no national manager agreed.