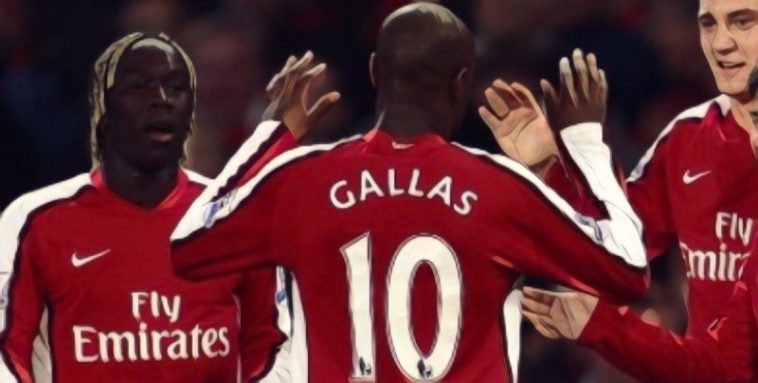 Premier League football is back this weekend and a new season always presents plenty of intrigue, as fans get their first glimpses of new signings and how their sides are shaping up for the current campaign.

Amongst the points of interest often includes squad numbers for the coming season, fans eager to see which number a star signing has been allocated or upgrades and changes of shirts to reflect an increase in squad status.

Traditions largely see numbers based on positions, but not every player opts to follow the crowd and we’ve decided to look back at some of the Premier League’s most unique shirt number offerings.

Here are five of the weirdest squad numbers in Premier League history:

The fact that Khalid Boulahrouz is most remembered for his shirt number is perhaps an indication of the player’s underwhelming spell in English football, the versatile Dutch defender struggling to win favour during a brief stint at Chelsea.

Boulahrouz signed from Hamburg and was unveiled as the proud new incumbent of Chelsea’s number nine, the beaming back-up centre-back holding aloft a striker’s signature shirt.

The awarding of a first-choice – if unusual – number reflected little on his status in the grand scheme of things, however, as he spent much of his time at Stamford Bridge warming the bench, failing to dislodge the formidable partnership of John Terry and Ricardo Carvalho at the heart of Jose Mourinho’s defence.

He made just 13 league appearances for the club and, unsurprisingly, is one of three Chelsea number nines not to have scored a league goal for the club.

Chelsea’s rather erratic lineage of number nines continued with the unveiling of Steve Sidwell, the midfielder inheriting the number from the aforementioned Boulahrouz and offering only a marginal improvement in the eyes of shirt number traditionalists.

Sidwell was a surprise signing on a free transfer from Reading and his assignment of nine left many scratching their heads, the star barely featuring during a year at Stamford Bridge amid competition from the likes of Frank Lampard, Michael Essien and Michael Ballack.

He was sold on after failing to score in 15 league appearances to Aston Villa, whose kit man restored a sense of normality by handing the ‘Ginger Iniesta’ the number four.

Replacing Dennis Bergkamp was an unenviable task for any player at Arsenal but William Gallas seemed to think he was the man to do so, in terms of adorning the Dutchman’s number 10 shirt at least.

The sulky centre-back bizarrely inherited Bergkamp’s illustrious number despite being a defender, an assignment that ranks amongst the worse crimes against traditional squad numbers.

Bergkamp finished his career with a statue outside the Emirates following his years of magical moments at Arsenal, and it’s fair to say Gallas did not quite live up to that legacy.

The unpopular French defender justified his decision to take 10 by saying it removed the pressure from any of Arsenal’s younger players, the same youngsters he later derided before being stripped of the club captaincy and moving to north London rivals Tottenham.

Wilfried Bony’s decision to take the number two is all the more sinful given nine was available to the centre-forward upon his return to Swansea City in 2017, the Ivorian opting for a traditionally defensive shirt for the sole reason that it was his second stint in South Wales.

Bony had plundered goals for Swansea during his first stint at the Liberty Stadium before earning a big-money move to Manchester City, but he struggled to establish himself at the Etihad and was deemed surplus to requirements just 18 months after his arrival.

His return to Swansea was hoped to reignite a flagging career but proved much less successful than his previous stint, Bony – somewhat ironically – scoring just two leagues goals in each of the next two campaigns.

Premier League football has seen some truly great number 11’s throughout the years, the likes of Ryan Giggs and Gareth Bale amongst the players to have starred largely from the traditional left flank.

It’s fair to say that Rui Patricio is not quite the same mould as those flying Welshman, the Portugal international unusually choosing to take the shirt upon his unveiling as Wolves’ new goalkeeper.

Patricio’s choice came out of respect for the club’s current number one Carl Ikeme, whose career was sadly cut short after being diagnosed with acute leukaemia, a touching sentiment but one that still looks odd with every viewing.