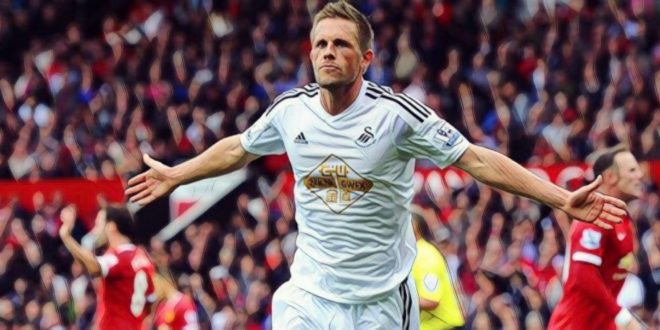 Harry Diamond 11/09/2020 Five of the Best, Opinion/Features Leave a comment

Tomorrow brings the return of the Premier League and with it three newly-promoted clubs seeking to make an impact at the highest level, though the fixture calendar has been far from kind to Leeds, West Brom and Fulham ahead of the division’s opening weekend.

Championship winners Leeds face the daunting task of a trip to face champions Liverpool at Anfield, where they will seek to become the first side in more than three years to win a Premier League fixture on the red half of Merseyside.

Fulham also face a tricky task with a London derby against Arsenal, whilst West Brom host a Leicester side who agonisingly missed out on securing Champions League qualification on the final day of last season.

Ahead of difficult looking opening weekend for the newly-promoted trio, we’ve decided to look back at five of the biggest opening day shocks in Premier League history:

The opening weekend of the inaugural Premier League season brought a shock result in a thriller in the capital, Arsenal racing into a comfortable lead against Norwich only to capitulate in spectacular fashion.

Arsenal had been champions just two years earlier and finished fourth in the final pre-Premier League campaign, with the Gunners regarded as one of the sides who could potentially challenge for the first title of the rebranded division.

Those predictions looked sensible as Arsenal raced into a two-goal half-time lead courtesy of goals from Steve Bould and Kevin Campbell, the north London side impressing in front of a host of cardboard cut out fans – put in place to cover building works on one side of their Highbury home.

Norwich, however, fought back in stunning style and a second-half blitz – the Canaries scoring four times in just 15 minutes – secured three points in an opening day upset.

Norwich had finished 18th the previous season but their opening day victory began a run of momentum that resulted in an unlikely title charge and third-placed finish, whilst Arsenal disappointed in finishing 10th, though had the consolation of becoming the first team in history to win an FA Cup and League Cup double.

Few newly-promoted sides have got off to as flying a start as Blackpool during the 2010/11 season, the Seasiders making a mockery of their pre-season doubters by thrashing Wigan to move temporarily top of the Premier League.

Blackpool’s promotion came as a huge surprise to many as they upset the odds to sneak into the play-offs before emerging victorious, with manager Ian Holloway questioning whether he had a team capable of surviving in the Championship, let alone in England’s top tier.

Whilst Wigan were certainly not the most difficult opposition they would face throughout the season, the manner of their convincing victory against an established Premier League outfit came as shock.

Blackpool’s band of misfits and journeymen secured the club’s first top-flight away win in four decades, whilst Wigan were booed off the pitch by their own shell-shocked supporters.

It proved a false dawn, however, as Holloway’s side were relegated despite playing a refreshing brand of attacking football, whilst Wigan survived by the skin of their teeth.

Brendan Rodgers’ tenure as Liverpool manager got off to the worst possible start with a thumping at West Bromwich Albion in 2012, the Northern Irishman enduring a difficult debut as Reds boss at The Hawthorns.

It had proven a difficult period for Liverpool in recent seasons and the arrival of Rodgers was intended to usher in a new era, though West Brom had different ideas as they began the reign of Steve Clarke, the Scot having been sacked as assistant manager at Anfield following Rodgers’ appointment.

Zoltan Gera’s spectacular effort opened the scoring before Shane Long missed an opportunity to double the advantage from the spot, the Irishman seeing his penalty saved after being brought down by Daniel Agger who was subsequently sent off.

Pepe Reina’s penalty save simply delayed the inevitable for 10-man Liverpool, however, a second penalty converted by Peter Odemwingie before Romelu Lukaku marked his West Brom debut with the club’s third.

It proved a nightmare afternoon for Rodgers’ Reds who were beaten and beaten well, an early indication of the rebuilding job required after seasons of stagnation on Merseyside.

The failed succession plan that saw David Moyes replace Sir Alex Ferguson still sends shudders down the spines of the Manchester United supporters, who spent almost a full season watching the drab and dreary football served up at Old Trafford.

As Moyes packed his bags with P45 safely in hand, United turned to Louis van Gaal to revive their fortunes, the Dutchman arriving with a wealth of experience having taken charge of European superpowers in Barcelona and Bayern Munich.

An injury-hit an experimental United side saw Jesse Lingard debut in an unfamiliar wing-back role, with Swansea taking advantage of their opponent’s lack of familiarity to seal a famous win.

Gylfi Sigurdsson scored the winner after Wayne Rooney had cancelled our Ki Sung-yueng’s opener for Garry Monk’s side, Swansea inflicting United’s first opening day home defeat since 1972 and securing a first ever league win at the Red Devils.

Leeds will take hope from Hull’s shock success against Leicester when they travel to Liverpool this weekend, a newly-promoted side upsetting the defending champions on the opening day of the 2016/17 campaign.

Leicester’s title-triumph ranks as one of sport’s greatest ever shocks, but the Foxes were brought back down to earth following a disappointing defeat to a Hull side without a manager following Steve Bruce’s resignation.

The usual atmospheric surroundings of a newly-promoted side were replaced by protests by Hull supporters against owner Assam Allam and a lack of investment, Bruce having quit the club with many fans choosing not to attend their opening fixture.

They may wish they had after Hull became the first side to beat the reigning champions on the opening day of a Premier League season, Adama Diomande and Robert Snodgrass scoring the goals as the Tigers’ efforts raised hopes they could come through a turbulent period.