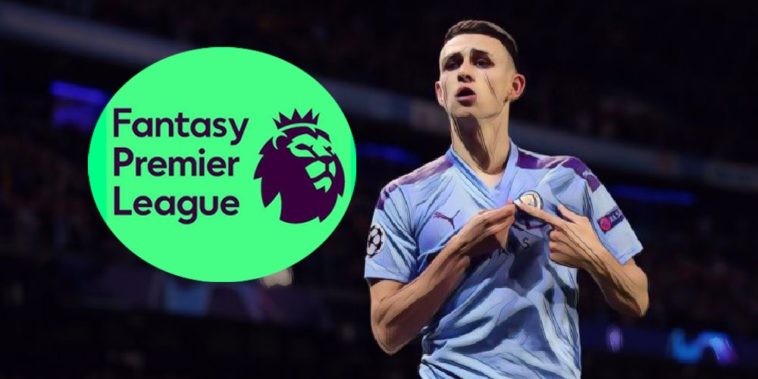 With the new Fantasy Premier League season upon us, everyone is trying to cram as many top quality players in their squads as possible ahead of the deadline.

This is where finding value for money is so important. By finding underpriced and underpicked assets, you can get ahead of the crowd in FPL and earn valuable points.

That’s why we’ve picked out a few we think will be particularly successful this season. These are not necessarily the budget options, but the players who offer the best value relative to their quality. They may not be essential from the get-go, but over the course of the campaign they will show their true worth.

Make sure to check out Fantasy Football Hub for all your FPL needs. They are currently offering a pre-season discount on membership that you can avail of before the 2020/21 campaign kicks off.

Following last season’s restart Mason Greenwood became the premiere budget forward option in FPL, accumulating 103 points while costing just £4.5m. His price his since increased by 66%, but his redesignation as a midfielder makes him a very attractive option nonetheless.

The English wide forward scored an impressive 17 goals in all competitions in 2020/21, with 10 of those coming in the Premier League, making him one of the highest scoring teenagers in Europe. Although Manchester United blank in gameweek 1, Greenwood will undoubtedly be a popular pick as the season goes on.

Okay, so £9.5m doesn’t sound like a great value pick, but it’s insane value for a striker who was second only to Robert Lewandowski in the Bundesliga scoring charts last season, especially when compared with inconsistent finisher Gabriel Jesus, who comes in at the same price.

Timo Werner scored 34 goals and made 12 assists in all competitions last season, meaning he should be an instant hit in the Premier League after signing for Chelsea this summer. If he had been priced at £10.0m or higher, I could not have complained. But at the price he has been valued, he is a no brainer in this writer’s mind given how attack-minded the Blues will be this season under Frank Lampard.

How Timo Werner could fit in at star studded Chelsea

With David Silva’s decade-long spell at Manchester City now at an end, there is a clear pathway for Phil Foden to stake a claim in Pep Guardiola’s first team plans.

The Englishman showed his worth to City following the restart, taking 24 shots, getting 3.07 expected goals (xG), and scoring five goals in just nine appearances. The question is, just how many starts is Guardiola going to give him? If he becomes a regular, then Foden is an absolute steal at £6.5m given how high up the pitch he plays.

How to build the ideal FPL squad, with fantasy expert BigManBakar

When Will Thomas of Fantasy Football Hub joined us on The Fantasy Faithful podcast this week, he was of the opinion that Jack Grealish was fairly priced by FPL, given that he plays for a lower half team like Aston Villa.

But as I contended on that episode, the newly capped England international is nailed-on for pretty much every minute of the season, will be involved in a very high proportion of Villa’s goals, and is one of the league’s most creative midfielders – only Kevin De Bruyne (136) completed more attempted assists than his 91.

Now that Villa have finally sorted their striker situation by signing the impressive Ollie Watkins, Grealish should improve upon his seven assists from last season. Given that Steven Bergwijn (£7.5m) and Nicolas Pepe (£8.0m) are more expensive but offer no greater certainty of returns from week to week, then he looks like a bit of a steal at £7.0m.

How to make the best transfers and captaincy picks in FPL

He’s the budget forward of choice at this point, with 25% of FPL teams including Aleksandar Mitrovic. Oddly enough, he’s cheaper this season than he was the last time he was in the Premier League in 2018/19, his price seeing a slight drop from the £6.5m he was valued at back then.

Two years ago the Serb provided 11 goals and four assists to Fulham’s doomed campaign, but if he can improve upon that tally in any way this time around, then he will be a must-have this season.

Ahead of the start of the new campaign we’ve teamed up with Fantasy Football Hub, who are offering an exclusive discount for new members who are looking to dominate their mates in FPL this season.

See Also: The best FPL team names for you to consider this season