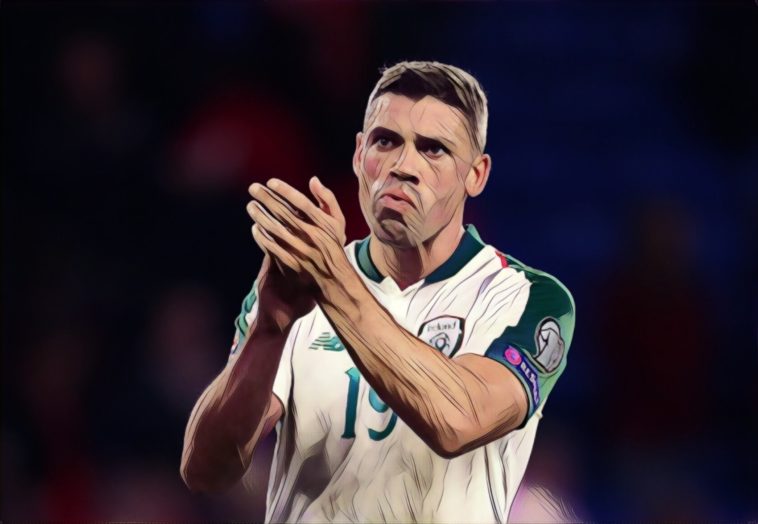 Jonathan Walters has opened up on the injury problems that have effectively ended the Burnley player’s career as a professional footballer.

The Irish international announced his retirement from the sport in March of this year following his inability to recover from a long-standing Achilles injury.

Walters played just three games in the Premier League for the Clarets after joining the Lancashire club from Stoke City in 2017, before going out on loan to Championship side Ipswich Town last season.

The forward, speaking on the Sky Sports television programme Goals On Sunday, opened up about the “eventful” past 12 months he has had battling his injury woes.

“I’m still contracted to the end of the season, so I’m still going in until the last day of the season,” he told presenters Alex Scott and Chris Kamara.

“I haven’t missed pre-season, let’s put it that way. First summer holidays with the kids, I’m enjoying that one. It’s been an eventful year.”

When asked if he felt he could give football another go, the Irishman was unequivocal in his response.

“No. I knew pretty early on, with the specialist I went to see in London, he said I’d never be back to the power it got to. It’d be a couple of years before I can push off it properly again, but even then I would only get to 60-70% of where I was at.

“(The Achilles is) fine, I can still do everything. I’m in the gym six days a week.”

Walters went into detail about the injury and why he will never get back to the level that saw him make 233 top flight appearances in his career.

“Well, through all the testing I had done back at Burnley towards the end of the year, and even up until March and afterwards when we were still testing, it needs to be able to… it’s my power leg, my left leg, so jumping, my standing leg, everything was off this leg.

“I used to be able to do single leg jumps so high, and I’m only a couple of inches off the floor at the moment. It’s a tough one, but it happens, doesn’t it?”

The hard-working attacker explained the difference in approach some clubs take to players coming back from injury, with some being more stringent than others:

“Different clubs have different policies. At Burnley you have to have a full six or seven weeks of running before you’re even considered to join in training, and then play under-23’s games to get fit. At Stoke once you get back to training one or two sessions you’re available for the team,” he said.

“Mark Hughes would say “are you available for the team?” and you know your own body.”

Kamara then asked Walters if the approach of old school managers was the reason for the deterioration of his leg injury:

“No, I think everyone just has a different way of doing it. Sport scientists have a say now and it’s become a lot more like that. I think as players, especially experienced players, you know your body better than anyone and if you think your fit enough then I think you’ve got a good shout to be.”

Walters also opened up about the “nightmare week” he suffered last year, when he endured the tragic passing of his brother, his wife’s miscarriage and his daughter being diagnosed with scoliosis in the space of a few days, but he says he is now “completely and utterly in a good place”.

“I’m like everyone else, and what I went through is mild compared to what some people go through. But footballers are the same as anyone else.”