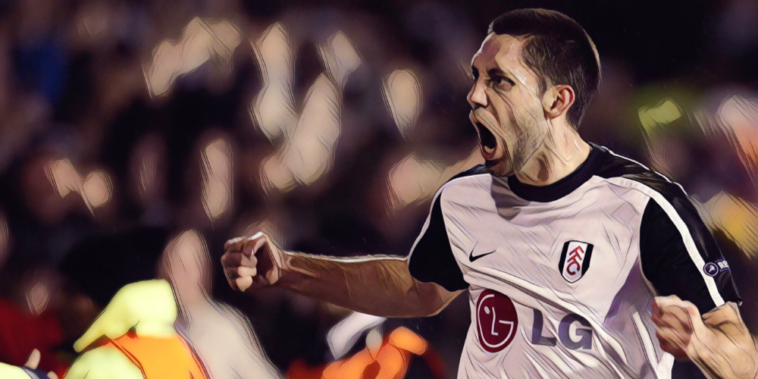 Leicester and West Ham begin their Europa League campaigns this week, with the duo having upset the Premier League’s ‘big six’ to secure qualification for European football this season.

The two teams boast only a handful of campaigns in continental competition between them and silverware success in Europe would represent somewhat of a shock, even given the financial riches the Premier League provides.

Ahead of their opening fixtures, we look at five Premier League teams who upset the odds and exceeded expectations in Europe.

Leeds spent big in a bid to compete with the best sides in England and Europe across the turn of the century, with an exciting side rubbing shoulders with the continent’s finest during the 2000/01 season.

David O’Leary’s team had reached the semi-finals of the UEFA Cup the previous season, before making their presence felt in the Champions League the following campaign.

Their momentum continued to qualify from the second group stage as runners-up to Real Madrid, including securing a memorable 1-0 win over Serie A champions Lazio in Rome.

Deportivo La Coruna were thrashed 3-0 at Elland Road in the first leg of their last eight clash, with defeat in the second leg not enough to stop Leeds from marching on into the semi-finals.

Defeat at the Mestalla ultimately saw Leeds bow out to Valencia, but the run of O’Leary’s exciting and youthful side lives long in the memory for the club’s supporters.

Gerard Houllier’s reign as Liverpool manager had run its course in the summer of 2004, with Rafael Benitez arriving to take charge of a side in desperate need of a new direction.

The Spaniard’s first season at the helm saw the Reds slump to a disappointing fifth-place finish in the Premier League, but an unanticipated run in Europe ended with the ultimate success.

Steven Gerrard’s stunning late goal against Olympiakos sealed progress from the group stages in dramatic fashion, before a comfortable two-legged win over Bayer Leverkusen in the last-16 instilled confidence in Benitez’s side.

Juventus provided a daunting challenge in the quarter-finals, but an atmospheric Anfield roared the Reds to a narrow first leg lead, one that was protected following a fine defensive display in Turin.

Chelsea – a side that finished 37 points clear of Liverpool domestically to win the Premier League – were edged in the semi-finals courtesy of Luis Garcia’s ghost goal, before the most dramatic final in Champions League history.

Few gave Liverpool a chance against an iconic AC Milan side and the final appeared to be going to script as the Italians raced into a three-goal half-time lead in Istanbul.

Against all odds, Benitez’s side fought back with a frantic six-minute spell seeing the Reds draw level, before the Merseysiders rode their luck to triumph after extra-time and penalties.

Whilst both Leeds and Liverpool boast rich histories domestically, Middlesbrough emerged on the European stage in the mid-2000s with little previous pedigree.

Rescued from liquidation two decades earlier, the north east side had consolidated as a Premier League outfit and secured the first piece of silverware in their 128-year history with League Cup success in 2004.

Two seasons later and in their second successive UEFA Cup campaign, Steven McClaren’s side would embark on an unforgettable journey through the knockout stages, a run that included two of the most improbable comebacks.

After progressing as winners in the group stage, Middlesbrough defeated both Stuttgart and Roma in the knockout stages on away goals, before a thrilling quarter-final clash with Basel.

Having lost 2-0 in the away leg, an early goal for the Swiss at the Riverside left ‘Boro needing four goals to progress.

Mark Viduka’s brace and a Jimmy Floyd Hasselbaink goal set up a grandstand finish, before Massimo Maccarone wrote his name into club folklore with a dramatic 90th-minute winner.

Incredibly, McClaren’s side found their inner Lazarus to mount a second stunning fightback in the semi-finals, with Maccarone once again the hero.

Steaua Bucharest led 1-0 from the first leg and extended their lead early on through Nicolae Dica and Dorin Goian, before Middlesbrough roared back through goals from Maccarone, Chris Riggott and Viduka.

Once again in need of four goals to progress it was Maccarone who delivered, heading home an 89th-minute winner to seal a final place against Sevilla.

The final itself ended in a resounding 4-0 defeat, but Middlesbrough’s pulsating run to the showpiece proved an unforgettable experience for those involved.

Roy Hodgson steadied a sinking ship upon his arrival at Fulham in 2007, but even the wildest optimists would not have envisaged the Cottagers taking to a European final in the immediate future.

After a series of shrewd signings Fulham secured a Premier League record finish of seventh in 2008/09, sealing a place in the following season’s Europa League.

The west London side – without a major trophy in their history – viewed the competition as a free swing and their fearless approach worked wonders as Hodgson’s side navigated the group stages.

A talented Shakhtar Donetsk side, containing names such as Fernandinho, Willian and Douglas Costa, were beaten in the first knockout stage, before the arrival of Juventus in a glamour last-16 tie.

The Calciopoli scandal meant Juventus were not quite the force of old, but a team containing Fabio Cannavaro and David Trezeguet was expected to be a bridge too far – even more so after a 3-1 win for the Bianconeri in Turin.

Trezeguet’s early goal at Cravan Cottage appeared to have killed Fulham’s dream further, only for Hodgson’s side to mount an astonishing fight back to win 4-1 and progress.

A night every Fulham fan will remember forever! ⚫️⚪️

A stunning second-leg comeback as the Cottagers beat Juventus 4-1 to reach the #UEL quarter-finals 💫 pic.twitter.com/aRfMegk31S

Fulham’s passage to the final saw further wins over Wolfsburg and Hamburg, before falling in extra-time against Atletico Madrid in the final, Diego Forlan’s double ending hopes of an unlikely European triumph.

When Fulham did the impossible: Recalling their unforgettable comeback against Juventus

Twice winners of the UEFA Cup, Spurs’ impression on the Champions League had been rather less pronounced heading into the 2018/19 season.

Since reaching the European Cup semi-finals in 1962 the north Londoners had featured in just three further campaigns amongst Europe’s elite, but the arrival of Mauricio Pochettino had helped turn the club into Champions League regulars.

The 2018/19 season saw Spurs flourish in Europe, coming through a challenging group containing both Barcelona and Inter Milan to progress to the knockout stages.

Borussia Dortmund were beaten in impressive fashion in the last 16, before Spurs caused a shock after eliminating Premier League champions Manchester City in the quarter-finals.

A pulsating clash at the Etihad saw Spurs lose 4-3 on the night but progress on away goals, setting up a semi-final showdown with fellow surprise package Ajax.

Ajax had eliminated both Juventus and Real Madrid on their way to the last four and looked set for the final after leading 3-0 on aggregate with just 45 minutes of the tie remaining.

Lucas Moura’s sensational second-half hat-trick – his third coming in the 96th minute – sent Spurs through following one of the great Champions League comebacks at the Johan Cruyff Arena.

Spurs’ run came to an end with defeat to Liverpool in a forgettable final in Madrid, as goals from Mohamed Salah and Divock Origi ended hopes of a maiden European crown.