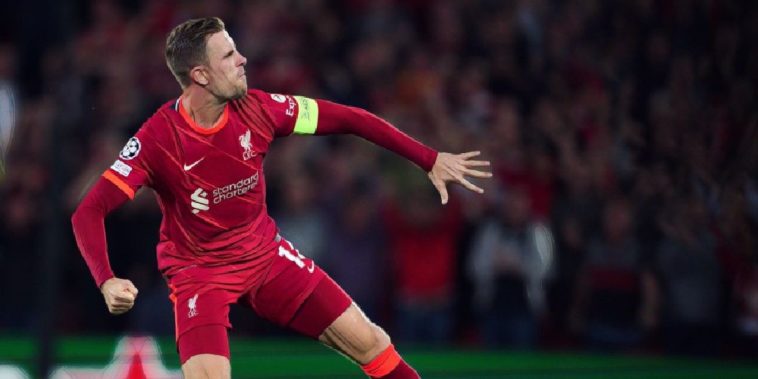 There were memories of the 2005 Champions League final in Istanbul when Liverpool and AC Milan were paired together, and the two sides played out another exciting encounter as Jurgen Klopp’s side ran out 3-2 winners at Anfield.

Liverpool came out of the blocks like a side possessed in front of an excited Anfield crowd, and they would take the lead that their early positivity would thoroughly deserve.

Trent Alexander-Arnold played a give-and-go with Mohamed Salah down the right, before advancing into the AC Milan box, the right-back’s attempted low cross taking a wicked deflection off former Chelsea defender Fikayo Tomori and into the back of the net.

The Reds would have an opportunity to double their lead just six minutes later as they were awarded a penalty for a handball by Ismael Bennacer following an effort by Andy Robertson. The often so reliable Mohamed Salah stepped up and thundered an effort down the middle, only for the Egyptian to see it saved by goalkeeper Mike Maignan, who then followed up by saving the rebound.

The Reds did however set a somewhat relentless pace going forward as they peppered the Italian giants’ goal in the early stages, though for all of their domination they were unable to extend their advantage.

They were made to pay three minutes before the break after a slick passage of passes from the Italians saw Rafael Leao slip the ball into the path of Ante Rebic, who coolly slotted past Alisson in the Liverpool goal to level the scores.

Incredibly though, despite struggling to get out of their own half at times, AC Milan would go into the break ahead, as Leao drove his side forward down the left flank. The Portuguese slipped the ball to Rebic who this time squared across the box to Alexis Saelemaekers, the Belgian’s effort being blocked on the line before the ball was poked home by Brahim Diaz to leave Anfield shell shocked at the interval.

The second half would start as frantically as the first as AC Milan got the ball in the back in the net again almost instantly after the restart, though would see it ruled out for offside as Liverpool excellently pushed out from a corner, before the hosts quickly got up the field to get themselves back on level terms.

Fabinho fed the ball into Salah, who in turn laid it off to Divock Origi before the Belgian produced a lovely lifted ball in behind the Milan defence back to Salah, who made amends for his penalty miss as he slotted home with an improvised finish from eight yards.

Liverpool managed to get a measure of control back into the game, and they would retake the lead midway through the second half, Jordan Henderson latching onto a poor clearance from Bennacer at a corner as the Reds’ skipper produced a sweetly struck half-volley from the edge of the box to fire the ball into the bottom corner.

Both sides would have presentable chances to add to the score, though Liverpool saw it out and grabbed three valuable points in a tough group that also features Atletico Madrid and Porto.

Speaking afterwards, Jurgen Klopp said it was a ‘super’ game of football, before discussing his side’s wobble.

“We started incredibly well. We played a super, super game. An intense game but football-wise as well,” he told BT Sport.

“We played in all the spaces we had to play and didn’t give them anything until… I’m not sure exactly. We got punished for it in the last few minutes of the first-half but it started earlier. We got carried away by our own football. We didn’t keep it simple anymore, offensively and defensively we were not organised anymore.

“When we are organised, Fabinho is incredible and he can pick up all the challenges we need him for. When the spaces are too big even he cannot solve it anymore. They played inbetween and scored two goals. But it did not feel like we cannot come back.

“It was clear that we had to immediately get back to how we started and then we scored wonderful goals, to be honest. Both were incredible. It is deserved but we had 10 minutes where Milan nearly changed the whole tie.

“It is the football I want to see in most moments. We are experienced in the competition, or should be. It was a little bit the changes as well that we just weren’t compact anymore.”

Despite the opposition, Klopp opted to make a number of changes to his side, with Virgil van Dijk, Sadio Mane and Thiago all started on the bench, and he discussed his decision to rotate his side.

7 – Liverpool have won their opening home game in seven of their last eight UEFA Champions League campaigns (D1), last losing such a match in October 2007 (0-1 against Marseille). Foundation. pic.twitter.com/ilq5MUGePd

“Now we won I can say that the changes was the right thing to do because playing every three days is just not possible with the same guys. The guys who came on did incredibly well.

“Divock played a superb game. He had cramps which is normal. But people forget how good he is. It is difficult to get him in this team. We all thought in the summer offers would come but clearly people do not watch football enough.

“That is our pick from pot four. AC Milan in a really good moment. It is a tough group. That is why it is important we won this game. It does not decide anything but it gave us a winning start.”