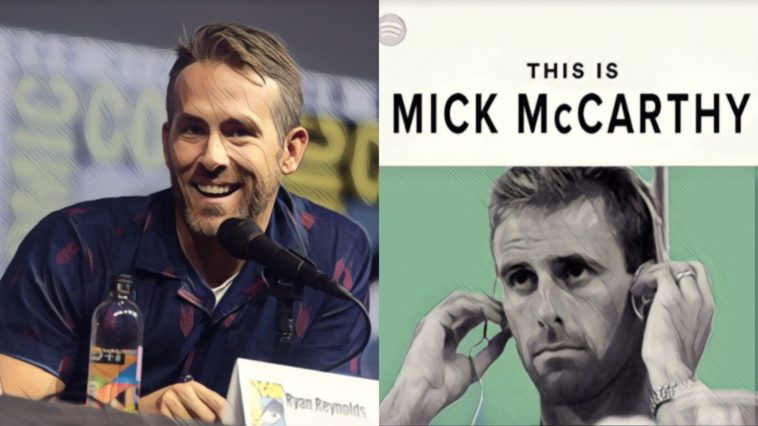 The best and funniest tweets from the world of football this past week, featuring Wrexham’s potential new owners, the Mick McCarthy song everyone has on repeat, a random link between a WWE legend and Leicester City, and more.

Wrexham? This news surely couldn’t be that exciting…

Here’s hoping it goes exactly like an episode of It’s Always Sunny In Philadelphia.

Neville Southall: Everton will be expected to win the title this decade

The sound of the summer we needed this year, even if it is September.

Made a deep house track with Mick McCarthy vocals pic.twitter.com/BUApw2SyaL

No need to try and make sense of this. Just enjoy it.

Cool as a cucumber.

Loved being on @SkySportsPL last night, but managed to get myself locked in the changing room for 90 mins before the show! Thanks to the staff for getting me out with 2 mins to spare – you’d never have known 😎! @Carra23 & @DavidJonesSky were bricking doing the show without me 😂 pic.twitter.com/GqPtV7RY9R

But at least they won in the most Man United way possible on Saturday.

With a little help from their captain.

Maguire gets @ManUtd out of jail just before halftime.

Something, something, farmer’s league.

Maybe Frank Lampard isn’t the tactical genius we all thought he was.

Can’t remember who said it, but Frank Lampard: Tim Sherwood with a Latin A-Level.

Like father, like son. Only Liam Delap is probably going to be far better at football than his dad.

Here's Rory Delap about to throw his one-year-old son into the Stoke box back in 2004. https://t.co/yL6Q5qdrvL

The most random football video games you forgot even existed

Leaving yourself a bedside pint of water for the morning after a night out pic.twitter.com/qu5ILGrSAY

Things you love to see: a team from the Faroe Islands is one game away from being in the Europa League group stages.

Don't know what to say. Unbelievable. History. What a performance.

See Also: 13 of the best moments from the All or Nothing: Tottenham Hotspur documentary