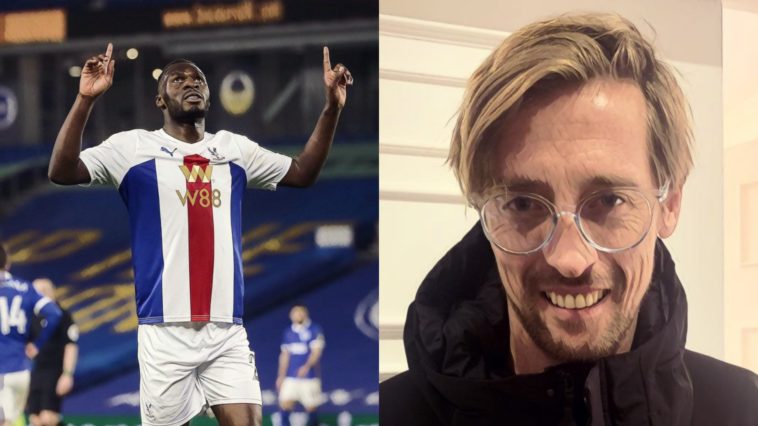 The funniest tweets from the world of football this week, featuring Steven Gerrard, a must-read from Christian Benteke, Kai Havertz, No Context Eric Bailly, Billy Sharp’s brilliant commentary, and lots of Peter Crouch.

This is simply marvellous.

Looking forward to that glorious day when lockdown ends.

When you lose your mate in the club on 22nd June and ask your other mate where he is: pic.twitter.com/TBUypywRll

Hail to the bus driver.

The bus driver when he drives past another bus. pic.twitter.com/kQPMCn60xN

It’s the most elite way to beat your rivals, to be fair.

An iconic strike partnership if I ever saw one.

To think they replaced us with Torres and then Suarez 🤷🏼‍♂️ https://t.co/9qFMFzqRfP

Amazing technology being trialled by BT Sport. You can watch the Fulham-Spurs game from the perspective of Peter Crouch pic.twitter.com/7dPzPoSCTS

This is beyond creepy.

Mikel Arteta might as well copy from David Moyes, his Arsenal team are behind him in the Premier League table after all.

Don’t try and understand Eric Bailly. Just let him be and marvel.

Poor Khalid Koulibaly. Someday someone will pay Napoli what they want for you.

Some goal celebrations just stick in the mind.

We definitely need Sheffield United’s Billy Sharp to go into commentary when he retires.

"Jagielka with the bald head!" 😂

Jags & Billy commentate on some of their most memorable moments. 🎙👇

Remembering what could have been on Independence Day in Ghana.

Five of the best Ghanaian footballers in Premier League history

Nothing better than shithousing your way to victory on a video game.

The most beautiful thing I've ever seen pic.twitter.com/OTwd2KcPgT

Maybe Manchester City aren’t a problem for the Premier League in the way some suggest.

Your weekly reminder that they will let just about anybody on TV these days.