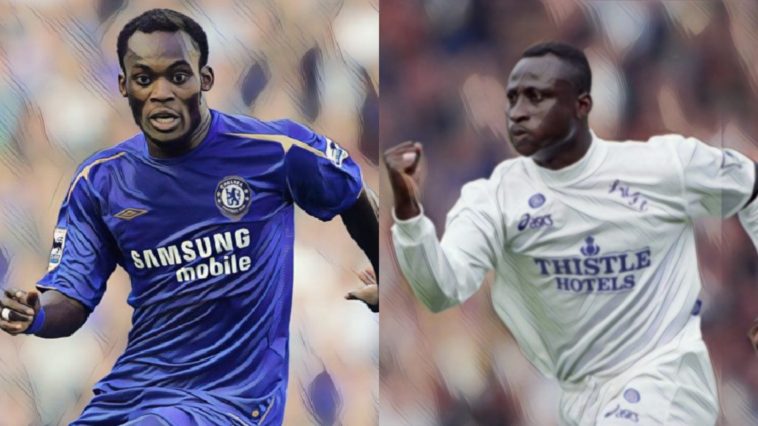 As Ghana celebrates its independence on 6 March, we have decided to look back at some of the country’s finest footballers to play in the Premier League.

The most recent addition to the English top-flight from the West African nation is Thomas Partey, the elite box-to-box midfielder who signed for Arsenal from Atletico Madrid last summer.

While Partey is a superb player, the Ghanaian still has to prove himself in the Premier League before he can say he deserves to be o the same pedestal as those who have come before him.

Seeing as it’s such a huge day in the country’s we’ve decided to look at some of the division’s best imports from Ghana, who have produced a few superstars over the years.

The name of Tony Yeboah is one that evokes nostalgia like few others from the early years of the Premier League era, the forward having left an indelible mark on the English game following his exploits at Leeds United.

Yeboah was a powerhouse of a centre-forward who starred after making the move to Elland Road from Eintracht Frankfurt, scoring prolifically and netting some of the most iconic goals the division has seen.

Yeboah’s thunderous strikes against Liverpool and Wimbledon are part of Premier League folklore and established the striker as an eternal cult hero, two emphatic finishes of thudding power that remain amongst the greatest in the league’s history.

Tony Yeboah with a strike so sweet, it hit the crossbar twice 💥💥#GoalOfTheDay pic.twitter.com/OClGlx6qTl

He scored 32 goals in 66 appearances for Leeds, before a combination of injuries and a falling out with manager George Graham saw him prematurely return to the Bundesliga.

His exit was a sad loss for the English game following a brief but brilliant spell as Leeds’ talisman, Yeboah forever remembered fondly as the Premier League’s king of the thunderbastard.

Michael Essien became one of the finest signings of a lavish era of spending for Chelsea following the billionaire investment of Roman Abramovich, signing in a big-money deal from Lyon before cementing himself as one of the Premier League’s best midfielders.

Essien was tailor-made for the demands of English football with his powerful frame, dynamism and endless energy, forming part of a brilliant midfield line-up alongside the likes of Frank Lampard, Claude Makelele and Michael Ballack during his time at Stamford Bridge.

He enjoyed the best football of his career at Chelsea and made 256 appearances in all competitions, scoring several stunning strikes and racking up an impressive collection of silverware that included two league titles, four FA Cups and the Champions League.

ON THIS DAY 15 YEARS AGO: The brilliant Michael Essien signed for Chelsea.

The Ghana international’s versatility saw him deployed at right-back and centre-back on occasion and he proved a player capable of fulfilling each role in style, a players’ player who often delivered when it mattered most for the west London side.

Another forward whose spell in the Premier League proved all too brief, Asamoah Gyan became a firm fans’ favourite during a short spell in the league at Sunderland.

Gyan had been his nation’s talisman during the first ever World Cup on African soil in 2010, before heartbreakingly missing a penalty in their controversial exit to Uruguay, his performances nonetheless persuading Sunderland to smash their transfer-record to bring the player to English football.

It proved a smart signing as Gyan impressed upon arriving on Wearside, scoring ten league goals during his debut season and winning admirers for his combination of fine finishing and joyous dance routine celebrations.

Sunderland’s hopes of building on their top half finish soon evaporated, however, as Gyan – his country’s all-time record goalscorer – left the club just months into his second season, signing for UAE outfit Al Ain in a money-motivated move, his departure souring his reputation at the Stadium of Light.

One of just three Ghanaian players to have won the Premier League title, Jeffrey Schlupp came through the academy ranks at Leicester City before playing his part in the club’s improbable title triumph, the Foxes upsetting the odds to be crowned as champions for the first time in their history in one of sport’s greatest ever shocks.

Schlupp has impressed at Premier League level with his athleticism and versatility a major asset, the left-sided star capable of playing in a variety of positions down the flank.

After 150 appearances in all competitions for Leicester, he signed for Crystal Palace in a £12m deal during the 2017 January transfer window, where he remains a valuable member of the Eagles first-team squad.

Schlupp has racked up a century of appearances since making the move to Selhurst Park, in addition to winning 11 caps for the Black Stars at international level.

The highest-scoring Ghanaian player in Premier League history, Jordan Ayew has found a home for himself at Crystal Palace after initially struggling to find his feet during spells at Aston Villa and Swansea.

Ayew arrived in England at Aston Villa but was unable to prevent the club’s relegation in his debut season, returning to the league with Swansea City where he played alongside brother Andre in attack.

The Swans’ own relegation saw him move on loan to Crystal Palace before signing on a permanent basis, enjoying the best season of his Premier League career to date last time around.

We all know you want to watch Jordan Ayew's goal again 😍pic.twitter.com/qvYdM4H8Bd

Ayew became an important figure in the Eagles attack and developed a penchant for scoring decisive goals, his performances rewarded with both the club’s and Ghana’s Player of the Year awards.

Amongst his highlights included a sensational last-minute winner against West Ham, a moment of magic from a player thriving in his surroundings at present.