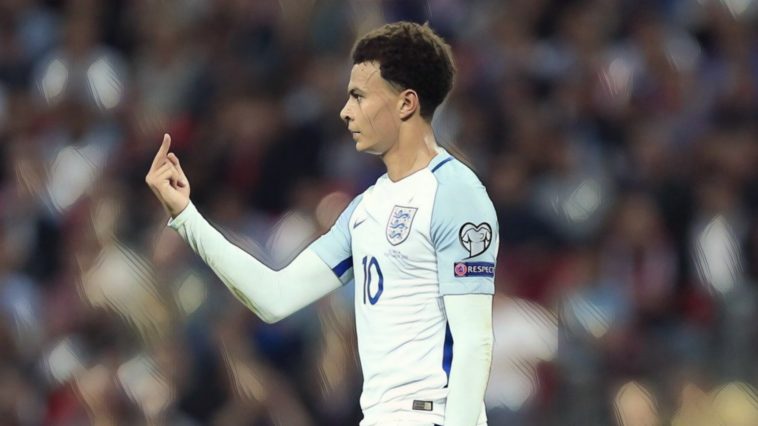 English football has so often been associated with false dawns and crushing disappointments, but the 2018 World Cup at least saw the nation’s long-suffering fans dare to dream.

Gareth Southgate’s unfancied side navigated their way to the semi-finals in Russia amid a mix of youthful exuberance and set-piece prowess, before heartache surfaced once more with a crushing extra-time defeat to Croatia in the last four.

Southgate and his players came out with huge credit for their performances, but whilst many of that squad have gone on to reach greater heights since, several of the Three Lions’ key players have fallen on harder times at club level since returning from their Russian venture.

Here are five of England’s World Cup semi-final squad who are struggling at club level:

Jesse Lingard formed part of a group of players who represented a new era under Southgate, his side a youthful mix of players who put aside the club rivalries that had once hindered previous teams.

Lingard has long been a player who has struggled to win over his doubters but his attributes were appreciated by Southgate in his 2018 side, a midfielder with intelligent movement and energy, capable of breaking lines with his forward running.

The Manchester United midfielder scored one of the goals of the tournament with a brilliant curling effort against Panama in the group stages and started the semi-final defeat to Croatia, but it has been a different story for Lingard since returning to club level.

Lingard has fallen from a status of England regular to peripheral figure at Old Trafford, starting just nine league fixtures last season and failing to make a single Premier League appearance during the current campaign to date.

The 27-year-old’s struggles for both form and game-time have seen him exiled by England since last summer’s Nations League finals and his future appears to be away from Manchester if he wishes to resurrect his international career.

Leaving the club that he has supported since childhood and came through the academy ranks will be difficult, but his prospects of first-team football are slim. With competition from the likes of Bruno Fernandes and Donny van de Beek, Lingard is a player in desperate need of a fresh start as he bids to revive a faltering career.

Danny Rose’s difficulties at club level were played out in front of the cameras during Amazon Prime’s All or Nothing: Tottenham Hotspur documentary last season, the full-back not quite seeing eye-to-eye with Jose Mourinho following the latter’s arrival in north London.

Rose formed part of Southgate’s backline and made a handful of appearances throughout the tournament, coming off the substitutes’ bench during the semi-final defeat to Croatia.

He remained a regular for Spurs following the tournament but saw his fortunes drop drastically upon Mourinho’s arrival at the club last year, failing to convince the Portuguese of his talents and playing only sporadically before signing for Newcastle on loan.

Rose’s spell at St James’ Park proved underwhelming and failed to be the springboard back into consciousness of the national side, Newcastle opting against pursuing the player on a permanent basis with the 30-year-old returning to Spurs.

Left out of the club’s Premier League squad and not assigned a shirt number for the current campaign, Rose’s prospects appear bleak and the sooner a resolution is found the better for both club and player. His 13-year spell at Spurs is heading towards an unhappy conclusion.

All or Nothing: 13 of the best moments from the Tottenham Hotspur documentary

Another outcast, Phil Jones is the second of England’s 2018 World Cup squad to have been left out of his club side’s Premier League squad for the current season.

The defender has become an increasingly maligned figure at Manchester United and a regular source of social media criticism. A player once touted for the very top is now reduced to being little more than a punchline and the face of endlessly mocking memes.

Sir Alex Ferguson’s claim upon walking away from football that Jones could be Manchester United’s greatest ever player looks more absurd with every passing year, a claim that would have perhaps looked more appropriate several drinks and hours into the Scot’s retirement party at Old Trafford.

Jones will never be the bedrock of the side for club and country and whilst his defending can look slapstick on occasion, the centre-back remains just 28-years-old and has the quality to be an asset elsewhere with his willingness to put his body on the line for the cause.

This is a player who has spent almost a decade at one of the world’s biggest clubs and has won every major domestic honour, in addition to winning 27 caps at international level.

The last of those came during England’s third/fourth play-off against Belgium at the 2018 World Cup, Jones facing a long road back to contention and in desperate need of a transfer this winter.

England’s centre-back options have largely failed to convince of late and John Stones is another player who has perhaps failed to fulfil his early potential, the defender once earmarked to be the cornerstone of Pep Guardiola’s backline at Manchester City.

Stones has enjoyed success at the Etihad and can boast two Premier League winners’ medals amongst his collection of honours, but the mistakes and lapses of concentration that were once justified by inexperience have failed to be eradicated as his career has progressed.

Stones topped the Premier League for pass accuracy during Manchester City’s domestic treble-winning season just two years ago, but the ball-playing defender has struggled for form and fitness since and now faces a fight to salvage his career with the club.

The arrival of club-record signing Ruben Dias and Nathan Ake has pushed Stones down the pecking order, with the England international now fifth-choice amongst Guardiola’s centre-back options.

The Spaniard has even opted to field teenage defender Eric Garcia over Stones during the opening weeks of the campaign, despite the youngster’s desire to quit the club amid interest from Barcelona.

It’s a worrying lack of faith in the 26-year-old who has the talent and time to reestablish himself, though he is another who may have to seek pastures new for an opportunity.

Perhaps the greatest fall from grace on this list, Dele Alli headed into the 2018 World Cup regarded as one of the most exciting talents in world football following a brilliant breakthrough at Tottenham.

Alli had won back-to-back PFA Young Player of the Year awards in 2016 and 2017 before another impressive campaign for the north London side brought 14 goals in all competitions ahead of the World Cup. His status as a starter for England was largely unquestioned as he featured throughout the tournament.

The midfielder headed home a vital goal in the quarter-final victory over Sweden and it appeared he would be a regular at international level for some time, only to suffer a sharp downturn in form to lose his place in the England squad.

Injuries have undoubtedly hindered his progress, though the style and swagger that defined his early years at Spurs has been almost non-existent for much of the past two years.

The confident and cock-sure midfielder who regularly ghosted into goal scoring positions has been replaced by a player whose best role and position are unclear, and a series of ineffective displays have seen him frozen out by Jose Mourinho.

Mourinho’s assessment that Alli is a ‘lazy’ trainer is a damning indictment of a player who once seemed capable of matching England’s goal scoring midfield greats, the 24-year-old’s career firmly at a crossroads at present.

Read: Why Ryan Reynolds and Rob McElhenney are taking over non-league Wrexham AFC

See Also: Latest unnecessary international break has been an omnishambles for football