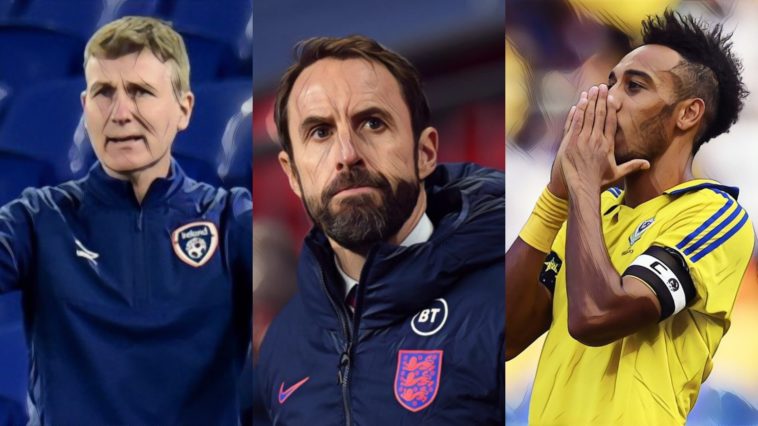 The international break is unfairly maligned in this writer’s mind.

It’s dismissed as a supposedly second rate version of the sport, an unnecessary distraction from the real football we consume on a weekly basis. You will often hear this denigration of the international game from those who feast purely on a diet of Premier League football and all its ostentatiousness.

What they fail to recognise is that, while it takes everyone away from the oh-so-important matter of club football for a brief moment, international football is the highest standard of the game in so many other countries – most of them in fact.

It provides a platform for smaller nations that don’t otherwise dine at the top table to create moments of pure joy and ecstasy that will remain in the memory banks for a lifetime.

This past week we saw North Macedonia qualify for their first ever major tournament, and who could have not loved the scenes of sheer elation when Scotland reached Euro 2020, their first qualification for anything in 22 years.

We don't know if you've heard, but Thursday night was a bit special.

While there weren't #scenes in the stands, there certainly were in living rooms around Scotland.

Unless you're the fella in the last clip… 😅#NoScotlandNoParty pic.twitter.com/re1Vwgk9zI

This is what international football should be all about – but even I have been disillusioned by and disabused of this notion during a time of crisis for the entire world.

We have all benefited from the return of football these past few months, the much-needed distraction from the monotony of lockdown and godforsaken Zoom quizzes. But sending people from Europe, the epicentre of the coronavirus, all over the world to kick a ball?

England have been scrambling for a viable location for their match with Iceland, while Switzerland have placed the entire Ukraine squad into quarantine, meaning their match cannot take place.

The Republic of Ireland had five players missing, including Spurs’ Matt Doherty, from the Wales defeat on Sunday evening due to Covid-19 positives. Their opponents on Wednesday, Bulgaria, are missing nine players including their captain for the same reason.

Mo Salah also contracted the virus and, while it’s not strictly related to international football as he was in his native Egypt for his brother’s wedding, it’s just another example for why it’s so reckless to send footballers abroad during these troubled times.

Just today the Premier League announced that they have returned 16 positive tests from players and club staff during the latest round of testing, the highest return since the first round in August.

The early success of football’s return in the summer was down to each team keeping a biosecure bubble and a strict adherence of public health protocols. This was manageable without the cross-border travel required for international football or European competition, the latter of which was staged in its own bubble at the end of the last campaign.

Join us live as @trippier2 and Gareth Southgate preview the #ThreeLions’ final game of the year! 🎥 https://t.co/4VEn1p77Wn

Restarting trans-continental football punctures that security entirely, reopening the possibility of another shutdown if football can’t control the spread within its own environment.

With all the measures in place, that might not come to pass, but we haven’t even touched on the injuries incurred by the increased load in recent months, hampering clubs like Liverpool who are shedding players by the day.

This is the third international window of the season already, meaning footballers at the top of the game have barely had a chance to catch their breath. Factor in the infinitesimal break between last season and this, and it’s a recipe for disaster.

This scenario was foreseeable, and yet English football was in a mad rush to dispose of the temporary five substitutes rule despite almost every other league keeping it.

After losing Jordan Henderson, Raheem Sterling and Joe Gomez from his England squad due to injury this week, manager Gareth Southgate has pleaded with the Premier League to revisit the matter soon. The punditocracy was desperate for it to go, but it’s clear now that was a mistake.

In hindsight, there was absolutely no need for the Nations League to continue, not in the current climate. There should have been just Euro 2020 playoffs and maybe regional friendlies between nations that were safe to do so.

But of course with television contracts and sponsorships wrapped up well in advance of this, that wouldn’t have been possible. Or at least it wasn’t countenanced. God forbid a little pandemic should get in the way of money.

Speaking of disasters that show no sign of abating, the Republic of Ireland continued their dismal run of form this past week with a 3-0 hammering at the hands of England and a 1-0 defeat to Wales.

Stephen Kenny has now failed to win in any of his first seven games in charge. According to Opta, it’s the first time that Ireland have failed to score in six consecutive games. To rub salt in the wound, they have more red cards (two) than they do goals (one)

It would be easy to point to the fact that Ireland have a new manager and conclude that he is the problem, but recent results are just a continuation of the country’s slipping standards in recent years. The only teams they have beaten in competitive action since the beginning of 2018 are Gibraltar and Georgia.

Kenny has also been cursed with awfully bad luck. While England, Scotland, Wales and Northern Ireland have had just one coronavirus positive test between them in recent months, Ireland has had five, leading to 22 absentees across the three international breaks.

Ahead of his eighth game in charge and across three windows, Kenny's squad has had:

And the team has had to deal with all of this while Kenny tries to implement a more positive, possession-based style of play. They have looked better on the ball than maybe ever and should have beaten Slovakia in the playoff semi-final with the chances they created, but are missing a clinical striker right now.

It is, sadly, an exemplar of Irish football’s 2020 overall. The men’s U21’s failed to secure a spot at next year’s Euros following a last minute winner by Iceland this week, while the senior women’s team is all but out of the reckoning for Euro 2022 after losing to Ukraine in a match they dominated.

Both teams enjoyed strong qualifying campaigns but didn’t reap the rewards they deserved. With the national game at a low ebb, the Boys In Green have one final chance to salvage this year with a win over Bulgaria on Wednesday.

That would avoid the ignominy of going the entire year without a victory, avert relegation into League C of the Nations League, and potentially be enough to be seeded in the second pot for the 2022 World Cup qualifiers.

The Gabonese national team flew to Gambia in preparation for their African Cup of Nations qualifier. However, the team were forced to stay overnight in Banjul airport, while authorities withheld both their passports and coronavirus test results.

Arsenal forward Pierre-Emerick Aubameyang documented the whole debacle on his Instagram story, and stated he was now extra motivated for Monday’s game.

Gabon's players – as documented by Arsenal captain Pierre-Emerick Aubameyang – spent the entire night in Gambia's Banjul airport ahead of the crucial AFCON qualifier between the two nations today. Authorities withheld their passports & Covid-19 test results to delay them. pic.twitter.com/IGtfKssAbg

Unfortunately for Aubameyang, he failed to score as Gabon lost 2-1 to the home side. Both nations now sit top of Group D on seven points each, although Gambia have a superior goal difference with two games left to play.

Read: The tabloids are still up to their old tricks – but footballers are fighting back like never before