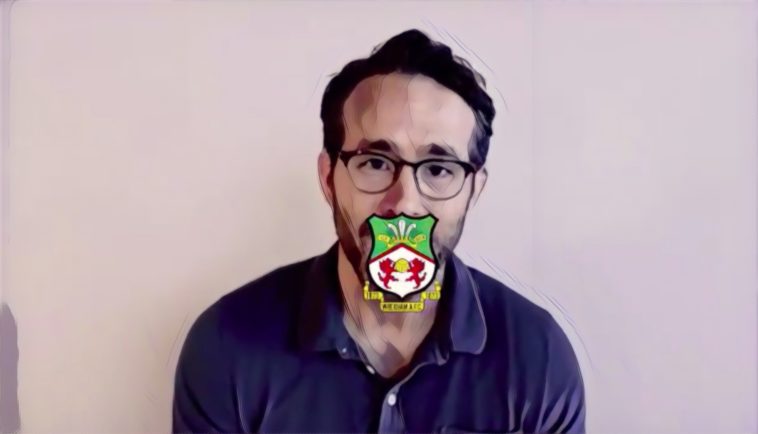 It’s not everyday you see two American television and film stars cut a promo for a Welsh trailer company.

But then again, this is 2020 and we’re not willing to rule out anything happening between now and December 31. West Brom might even win a game by then.

A message from our owners-elect…

It was unexpected and, frankly, delightful, particularly Reynolds pronunciation of Ifor (“eeeefore”). The reason for this random Twitter video? The pair are on the verge of taking over the Welsh football club.

In an extraordinary ballot on Monday the club announced that it’s members had voted unanimously to sell the club to RR McReynolds Company, LLC, giving Reynolds and McElhenney 100% control of the organisation, the culmination of talks that have been ongoing since May.

All that’s left now is to get confirmation from the FA and the league, and it’s good to go. “Both parties will now proceed with finalising the details of the takeover, and we will update Wrexham supporters as soon as we can,” the Wrexham Supporters Trust Board said in a statement.

It’s an exciting time for the Red Dragons, who will immediately receive an investment in the region of £2 million. That is a huge boon to a non-league club during a time when fans are not allowed attend matches.

But why are Reynolds, star of Deadpool, and McElhenny, known prominently for his role in It’s Always Sunny in Philadelphia, taking over a fifth-tier club in a place they probably never heard of until recently?

The simple answer is: media rights.

The two actors have already expressed an interest in creating a behind-the-scenes documentary for a streaming platform such as Netflix. Given the recent success of shows such as All or Nothing and Sunderland ‘Til I Die, it could be an easy money maker.

Between them, there is also the hope that they can increase Wrexham’s exposure and following with their star power. Reynolds, after all, has almost 17 million followers on Twitter, more than most Premier League clubs.

It’s only been one day, but the club have already been receiving orders for merchandise from across the pond.

Here’s one of a few piles around the ground this afternoon! Quite a few going across the pond too 🏴󠁧󠁢󠁷󠁬󠁳󠁿🇺🇸🇨🇦

Wrexham AFC has been run by the supporters’ trust since 2011, when they saved the club from bankruptcy. In the 12 years since dropping down to the fifth division, they have suffered playoff heartbreak on four occasions, but their new owners are looking to change that.

“Our goal is to grow the team, return it to the English Football League in front of increased attendances at an improved stadium while making a positive difference to the wider community in Wrexham,” they told the trust at a presentation on November 8.

The club has been safe under fan ownership and steady for years, but that only takes you so far. A return to the EFL in the near future would be an outstanding achievement for the Welsh outfit, but it would also increase Reynolds and McElhenney’s chances of a return on investment should they climb the leagues.

Whether or not they plan to sell the club at a profit is a discussion for another day. For now, let’s just appreciate one of the few good news stories of 2020.