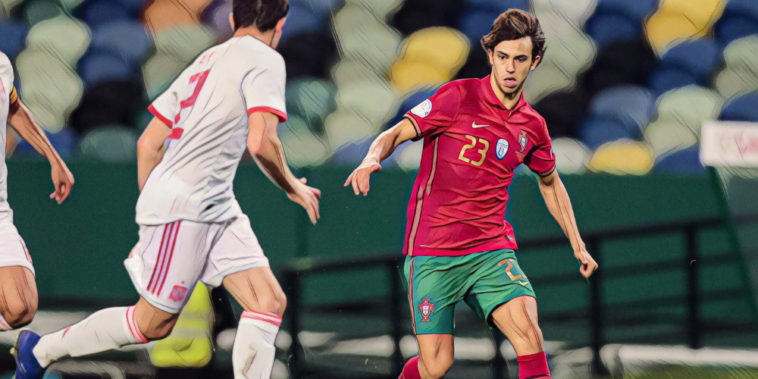 Euro 2020 is now just two days away and football fans across the continent are gearing up for what promises to be four weeks of fascinating international action.

The postponement of the tournament last summer has meant the longest gap between major finals since the 1950s, with supporters riding a wave of optimism and excitement ahead of the European Championship opener on Friday evening.

Euro 2020 will see a whole host of familiar faces take to the field representing their respective nations, but for some it will be a first opportunity to strut their stuff in a major international tournament.

We’ve decided to look at some of the finest footballers making their first appearance in a finals, here are five of the best players making their major tournament debut at Euro 2020.

Italian football reached a low point after the nation’s failure to qualify for the 2018 World Cup, their first absence from the competition in 60 years.

Since then a renaissance has taken place with the Azzurri unbeaten in 27 games in all competitions under Roberto Mancini, the former Manchester City manager taking the reins following their World Cup disappointment and breaking a whole host of records.

Mancini guided Italy to a perfect record of 10 consecutive wins during Euro 2020 qualification, blending experienced stalwarts such as Leonardo Bonucci and Georgio Chiellini with exciting emerging talents including Nicolo Barrella.

One major change has been Gianluigi Donnarumma’s succeeding of Gianluigi Buffon’s as number one, the latter earning the 175th and final cap of his legendary international career during the 2018 World Cup play-off defeat to Sweden.

Donnarumma has been viewed as the natural replacement for Buffon ever since bursting onto the scene as a teenager AC Milan, with the 22-year-old goalkeeper having already amassed 251 appearances for the Rossoneri across all competitions.

Donnarumma – who is reportedly close to signing for Paris Saint-Germain on a free transfer – became the youngest player in over a century to be called up to the Italy squad in 2016, though will make his first tournament appearance at this summer’s finals.

Long regarded as the best young player in his position in world football, Donnarumma will hope to enjoy a solid tournament as Italy bid to bounce back from recent disappointments and make an impact this summer.

Kai Havertz’s debut season with Chelsea proved a testing one following the midfielder’s club-record arrival from Bayer Leverkusen, though ended in dream fashion as the 21-year-old scored the decisive goal in the club’s Champions League final win over Manchester City.

Chelsea’s coronation as champions of Europe will see Havertz head to Euro 2020 in buoyant mood, where he will form part of a Germany side drawn in the tournament’s ‘Group of Death’ alongside world champions France, holders Portugal and Hungary.

Havertz has long been lauded as the brightest talent of an emerging German crop and will now hope to make his mark on an international tournament for Die Mannschaft, who will be hoping to bounce back from a group stage exit at the World Cup three years ago.

Havertz impressed as Joachim Low’s side warmed up for the tournament with a 7-1 thrashing of Latvia this week, involved in three of Germany’s five first-half goals before making way for Timo Werner at half-time.

The Chelsea youngster formed a frontline comprising of Serge Gnabry and the returning Thomas Muller, a front three that could provide the spark Germany need at this summer’s finals.

England will have a whole host of tournament debutants at Euro 2020 with Gareth Southgate’s squad the second-youngest at the finals behind only Turkey, an emerging crop of talent having raised cautious pre-tournament optimism.

Declan Rice, Mason Mount, Jadon Sancho, Phil Foden, Jude Bellingham and Bukayo Saka are all set for tournament debuts and aged 22 or under, though it is perhaps Jack Grealish who offers the most intrigue.

The 25-year-old earned his first inclusion in the senior squad during the autumn internationals after starring since Aston Villa’s return to the Premier League, with the midfielder having taken the step up to international football in his stride.

Grealish has impressed in his seven caps to date and his performances have led to calls for him to be handed a prominent role this summer, his self-assured style and ability to ghost past players offering England an x-factor they have often lacked.

Grealish plays the game with a freedom that has been missing from England players at past tournaments, with the Villa captain seemingly unburdened by the weight of expectation that has shackled stellar names before him.

Southgate is now tasked with finding the balance between incorporating his embarrassment of attacking riches and simultaneously protecting England’s defensive vulnerability, though Grealish has shown enough to warrant inclusion as a starter against Croatia on June 13.

Matthijs de Ligt has become used to handling pressure upon his shoulders, becoming the youngest debutant for the Netherlands in 86 years when making his senior bow for the Oranje in 2017.

De Ligt burst onto the scene as a teenager at Ajax and became the youngest player to ever feature in a major European final, later becoming club captain before a big-money move to Juventus.

Throw in a Dutch domestic double and Golden Boy accolade and it’s been some journey already for the 21-year-old centre-back, who arrives at Euro 2020 as one of the most important players in Frank de Boer’s squad.

Virgil van Dijk’s absence through injury has left a huge void at the centre of the defence, one which De Ligt will attempt to fill alongside Inter Milan’s Stefan de Vrij as the Netherlands return to a major tournament for the first time since the 2014 World Cup.

De Ligt’s leadership and assertive defending will be key to hopes of progress, as the Dutch face Ukraine, Austria and North Macedonia in Group C.

Set to be a cornerstone of the side for the next decade, the Netherlands will hope De Ligt – who has already won 27 senior caps – can recover from a groin injury sustained this week ahead of the nation’s opening fixture on June 13.

Portugal arrive at this summer’s finals as holders after winning a first ever major tournament with Euro 2016 success, though the champions face a difficult draw with clashes against both France and Germany in Group F.

Fernando Santos’ has the benefit of a more talented and well-rounded squad than the one he guided to success five years ago however, with the evergreen Cristiano Ronaldo supported by a stellar supporting cast that now includes Bruno Fernandes, Bernardo Silva and Joao Felix.

Felix shapes as arguably the most exciting talent to emerge in Portugal since Ronaldo burst onto the scene as a teenager, the forward starring for Benfica before a staggering £113m move to Atletico Madrid.

The move to Spain has yet to see the 21-year-old truly catch fire despite flashes of brilliance and a La Liga title triumph in 2020/21, though this is a player with incredible natural ability and a style of football that gets supporters off their seats.

Felix operates as a free-floating second striker and thrives when linking the play, his ability to skip round challenges in a graceful manner just one component of an exciting Portuguese forward line.

The prospect of Ronaldo and the apparent heir to his throne combining this summer could be an enthralling one, with Felix’s ability to produce something out of the ordinary offering Portugal a potent weapon in tournament football.