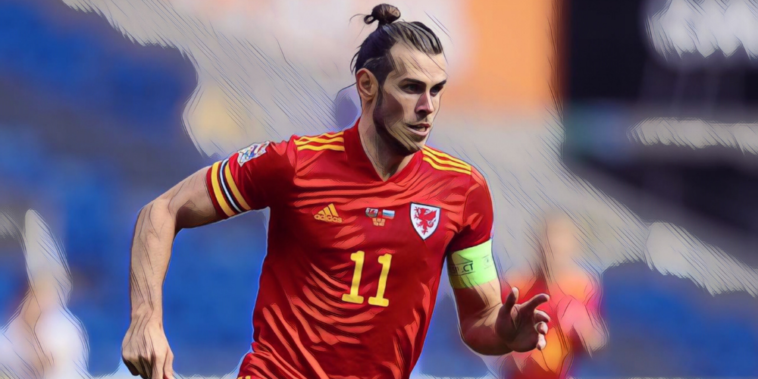 Euro 2020 finally gets underway this week with the tournament’s opening fixture seeing Turkey face off against Italy, two teams who will be hoping to progress from a competitive Group A.

Wales and Switzerland make up the four-team group and ahead of the tournament’s kick-off we’ve decided to assess each side’s chances of making an impact this summer.

Every major tournament has one side regarded as ‘dark horses’ and Turkey are a nation attracting interest from ambitious punters, having qualified in impressive fashion after finishing just two points behind world champions France.

Turkey showcased defensive strength during that process and conceded just three goals in those 10 qualification fixtures, with Leicester’s Caglar Soyuncu and Juventus’ defender Merih Demiral amongst their options at centre-back.

Manager Senol Gunes is in his second spell as coach of the national side, having previously guided Turkey to a third-placed finish at the 2002 World Cup in Japan and South Korea.

Gunes has a wealth of exciting options amongst his current squad including a large contingent from newly-crowned French champions Lille, his side expected to be spearheaded by veteran frontman Burak Yilmaz who scored 16 league goals in just 23 starts for the Ligue 1 side last season.

Club teammates Zeki Celik and Yusuf Yazici have won admirers following impressive domestic campaigns, whilst AC Milan midfielder Hakan Calhanoglu – a reported transfer target for Manchester United and Arsenal as he approaches the end of his contract at the San Siro – provides creativity and quality in midfield.

Turkey endured a mixed period in the autumn before beginning World Cup qualification with impressive wins over qualification rivals Netherlands and Norway, though their inconsistency was highlighted by a draw with Latvia.

Gunes’ side will enter Euro 2020 with confidence, however, and have the potential to upset more fancied nations this summer.

Italy return to a major tournament this summer after failing to qualify for the 2018 World Cup, with the Azzurri regarded just outside of the favourites to lift the trophy this summer.

It’s been 53 years since Italy’s sole success at the European Championship, though few nations have as proud a history in major tournaments with the four-time world champions often regarded as contenders.

The current outfit breezed through qualification with a flawless record of 10 wins from 10 fixtures, offering hope of a renaissance after failing to qualify for the World Cup for the first time in 60 years.

Roberto Mancini’s arrival has helped raise optimism with the former Manchester City manager possessing the best win ratio of any coach in the nation’s history at present, Italy currently unbeaten in 27 games across all competitions.

Italy have won their past seven fixtures by a combined aggregate score of 17-0, a typically resilient defence screened by a conductive midfield including Nicolo Barrella, Chelsea’s Jorginho and PSG star Marco Verratti.

Lorenzo Insigne, Federico Chiesa and Ciro Immobile offer goals and excitement in attack, and whilst perhaps not the star-studded squad of previous years there is undoubtedly ability in Mancini’s squad.

Wales head into Euro 2020 looking to replicate their performances of five years ago, when the nation upset the odds to reach the semi-finals in their first ever European Championship appearance.

Wales had not qualified for a major tournament since the 1958 World Cup, though enjoyed an incredible run – eliminating heavily fancied Belgium in the quarter-finals – before bowing out to eventual winners Portugal in the last four.

After missing out on the 2018 World Cup, Ryan Giggs’ side secured qualification for a second successive Euros after finishing second to Croatia in Group E, though a lack of goals and question marks over key personnel means few are anticipating a repeat of their 2016 exploits.

Gareth Bale remains the key for Wales and The Dragons’ record scorer will shoulder the nation’s expectations, having shown flashes during a loan spell at Tottenham this season of his ability to produce match-winning moments.

Switzerland secured qualification for Euro 2020 as group winners ahead of Denmark and the Republic of Ireland, and the Swiss will be hoping to improve on their best ever finish after reaching the last-16 in 2016.

Switzerland will be taking part in their fifth European Championship with 2016 the sole time they have progressed from the group stages, though Vladimir Petkovic’s side will be confident in what appears an open Group A.

Petkovic’s side will head into their tournament opener against Wales in confident mood after winning each of their past six fixtures, including a 7-0 thrashing of Liechtenstein in their final warm-up fixture.

Whilst the calibre of opposition will significantly step up this summer, their winning run has raised spirits after an indifferent seven-game winless run that proceeded it, highlighting the inconsistency of this Swiss side.

Borussia Dortmund centre-back Manuel Akanji has enjoyed an impressive campaign in the Bundesliga and will be one to watch at Euro 2020, whilst Xherdan Shaqiri’s maverick match-winning ability remains crucial despite often being overlooked at Liverpool.

Petkovic’s side often line up in a 3-4-3 offensive or 5-4-1 defensive system, with that flexibility providing Switzerland with options as they bid to progress to the knockout rounds.