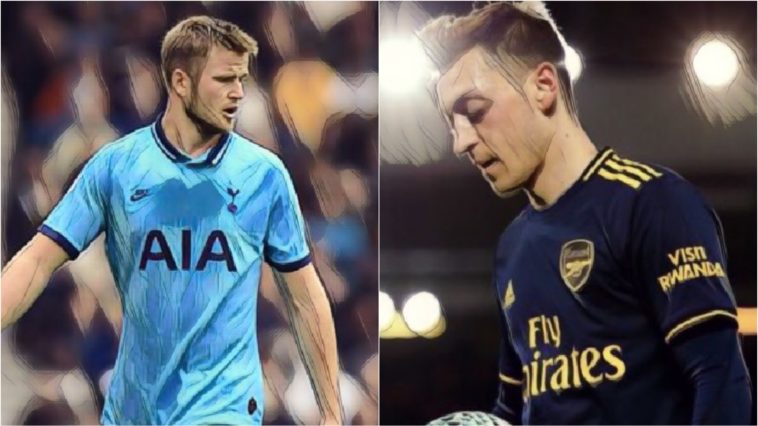 Football jersey connoisseurs are spoilt for choice this season as kit manufacturers have flooded the market with an abundance of top quality threads for the 2019/20 campaign.

Here are the best of them:

Internazionale’s third strip is slick as hell. The crew-neck collar, the yellow details set against the black silhouette, and, of course, the perfect sponsor.

In any normal year, this would be Arsenal‘s best kit, but Adidas have set the bar so high in their first year back with the North London club that this is their ‘worst’ one for 2019/20.

This is very wavey and with an ambitious design such as this there is so much potential for it to go wrong, but I think Nike have gotten it just right.

There’s something about this Crystal Palace jersey that is so pleasing to the eye. It’s sharp, modern and classy all at the same time. Only downside is it’s not a million miles off what Puma produced last season – was there any reason for a slightly upgraded remake?

A tribute to one of the great nineties kits, Kappa’s teal Barcelona strip used from 1995 until 1997 (imagine getting two whole years out of a jersey?!). Nike couldn’t quite replicate the majesty of that top, but this one is pretty damn good all the same.

?? The third kit is here!
What do you think? ? pic.twitter.com/EqUZjeG82r

What exactly do the colours green and red have to do with Wolves? Absolutely nothing. Except for their fabulous Mexican striker, Raul Jimenez, of course! As far as inspirations for third kits go, you have to love this one.

Our @adidasfootball third kit is available to pre-order NOW!

Perhaps my favourite of the entire line of Nike third kits from this season, Roma’s dark blue top is sensational. Incorporating various club symbols embedded into the design, this should make its way into a few Christmas stockings this year.

'ASR' (taken from a vintage Roma crest) and wolf's head (the club symbol) pattern all over.

There’s something weird about seeing Chelsea wearing black, but it worked when Umbro did it back in 2005, so why not again? Nike have made another fine effort here, producing a top that’ll look just as good out and about as it will on the five-a-side pitches.

The best Tottenham Hotspur alternate kit in a long time, this one is flawless – from the collar down to the vintage Nike Futura logo.

Made of Tottenham.
Tottenham Hotspur’s new third kit brings back the famous light blue shade worn by the talent that helped carve the way for the club’s future success.
The new 2019/2020 Third Kits are available tomorrow.#spurs #alwaysforward #nikefootball pic.twitter.com/iUGjtWZZR8

There’s a lot going on with this one, but up close it looks fantastic. Nike’s third kit for Brazilian outfit Corinthians might be the best work they’ve done this year.

Read: How social media led to an explosion of incredible kit launch videos