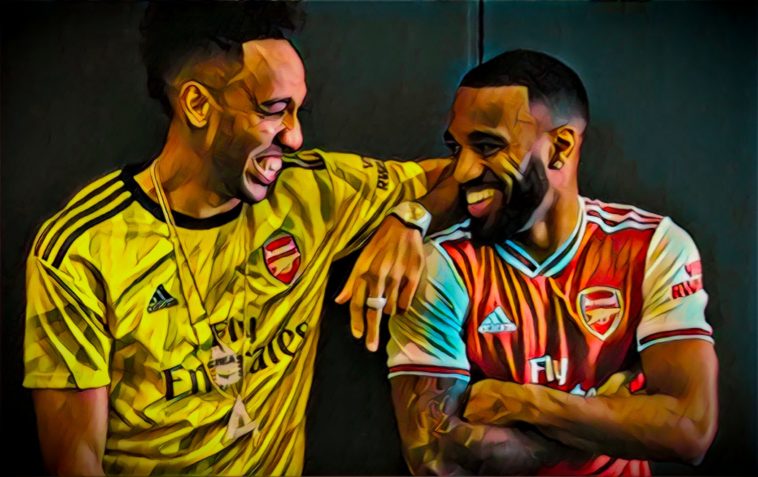 Arsenal have released a new home kit for the 2019/20 season, but what is the best home jersey the club have worn over the years?

The demand for nostalgia has never been greater. It’s a consequence of growing older and learning to be more cynical of the world we live in that we attribute the past to happier times. Football is the perfect connection to those happier times, transporting back to the moments we fell in love with the game.

The free market loves an opportunity to make a profit and Adidas have coldly exploited this sepia-tinted wistfulness to greater effect than most in the burgeoning jersey business. The German company’s reconciliation with Manchester United has seen them reproduce a great deal of cult classics from the eighties and nineties, while at last year’s World Cup they caught a lot of headlines with their evocative kits for Germany, Colombia and Argentina, among others.

The contrarian view is that this is a lazy method of creating ‘new’ products in an era where companies are running out of ideas because they’re making three new kits per club per annum. But they don’t care, and to be honest, even I am susceptible to this form of marketing.

Earlier this week Adidas revealed Arsenal’s jerseys for the 2019/20 season, and I mean, come on. Just look at them.

Quality. The two kits riff on classic Gunners gear. The away effort is loosely based on the infamous banana top from 1991, while the home one is almost a direct replica of the 1988/89 one. You know, the season Arsenal won the league with a last minute goal at Anfield. Only one of the most iconic moments in English football and this year is the 30th anniversary of that famous night in Liverpool.

It’s a good time then, to look back at some of the finest home kits the north London outfit have worn down through the years.

A very special jersey in Arsenal’s history, Nike swapped the usual red for blackcurrant in tribute to the club’s first ever kit. A smart, elegant jersey topped with a neat collar and gold O2 sponsorship that the Gunners wore on their way to the Champions League final in Paris, where they ultimately lost 2-1 to Barcelona.

Modern minimalism at its finest, this lightweight jersey reflected the team that wore it: classy, stylish and pretty much perfect. The Invincibles were bedecked in this top on their way to their 13th, and last, league title, before the Roman Abramovich era changed English football forever.

Read: Fabregas, the Spanish artist who found his muse in the Premier League

There was something so apt about Arsenal being sponsored by a games console in the late nineties and into the early noughties, considering Arsene Wenger’s charges were playing like something out of FIFA 2000. Everyone remembers the sight of Thierry Henry and Sol Campbell wearing it on their way to winning the Double, but it is Francis Jeffers who will forever be linked with this kit in this writer’s mind.

Read: Five of the Best – Chelsea vs Arsenal games

It feels like everyone lauds the two kits either side of this one — the 1989 league-winning jersey and the first one they wore in the Premier League in 1992 — but between 1990 and 1992 they wore this belter. Donned by Kevin Campbell, Paul Merson and Nigel Winterburn, it was the first time black had really been incorporated into Arsenal’s home kit, but it worked a treat. The ‘AFC’ scrawled on the collar was a nice touch, while the subtle, shiny pattern works well too. They won the league wearing it too.

Read: Five of the best players to play for Arsenal and Chelsea in Premier League era

It was only in the early to mid-eighties that manufacturers started to produce jerseys using materials other than cotton or even wool, and it only became ubiquitous in the nineties. Arsenal made the change in 1984, using essentially the same classic design they had used for years, but with a nice collar that didn’t cover your Adam’s Apple. With subtle stripes embedded in gently glossed red, this is more or less a perfect jersey. Umbro could make a killing if they reproduced this retro effort today, especially if they have Kenny Samson modelling it.