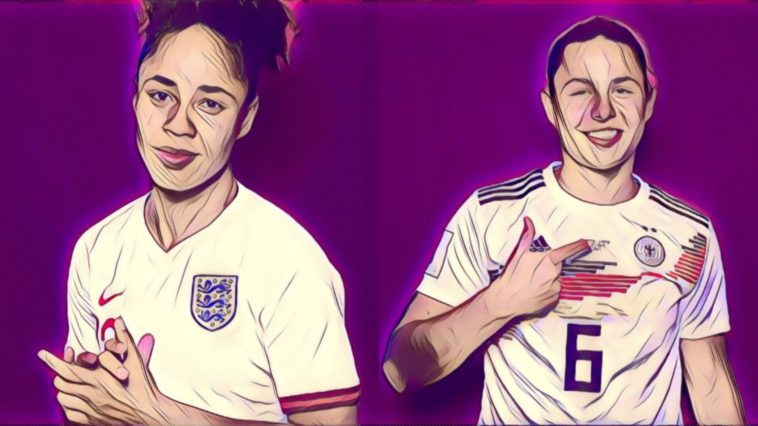 The kits on display in this summer’s World Cup are sensational, but which one comes in first and, more importantly, last place?

The Fifa Women’s World Cup is kicking off this week and the competition promises to be stronger than ever. The defending champions USA are good odds to retain their title, but hosts France are not keen to let the trophy leave the country.

Australia, two-time winners Germany, England and European champions Netherlands will pose a stern test to the Americans, and there’s a decent chance we could have a new name on the trophy.

But crowning a new world champion is not the important thing here. No, it’s all about who has the best jersey, surely. The competition for that is even more fierce if anything, with all of the kits on show this summer looking absolutely unreal.

Ranking the Women’s World Cup jerseys from best to worst:

Keeping it simple with the classic black and white kits, the ferns on the sleeves are a nice touch.

I like the idea, but it falls short compared to the rest of the kits on show.

I’m not sure what to say about Canada’s offering other than it exists. Very plain.

Their deep red away kit is marvellous, but the home top is essentially just an expensive white shirt.

Current holders of the #SheBelievesCup. England go in to this summer as one of the strong favourites to lift the trophy in July.

The away kit features graphics of flowers and fauna from across England, read more about it here: https://t.co/nAsw75uesg pic.twitter.com/KWWe08JTC9

A classically simply Adidas effort that lets the football do the talking, and the pink alternate jersey is very nice too.

It’s hard to do a bad South Korea kit, and Nike have knocked it out of the park again.

South Korea have qualified for consecutive World Cups for the first time in their history.

Nike have gone ahead and done a really terrific throwback kit for hosts France, with a bronze cockerel against the deep navy. The polka dots on the away kit are a nice idea, but it looks more like a casual top than a football jersey.

France are looking to become the first nation to hold the World Cup across both men’s and women’s teams.

Their away kit is a subtle nod to France’s informal nickname ‘l’hexagone’, as well as the dotted style of French fashion. pic.twitter.com/7wtJLn5JgO

A really sharp home kit and an eye-catching away jersey make Chile very unlucky not to be higher on this list.

Big fan of Argentina’s black away kit, and their home kit is a nice subtle change from the usual plain stripes. Probably deserves to be higher up the list but it’s too damn competitive.

African kits are almost always baller, and Cameroon are no exception to that rule. This one is a bit more basic than usual, but the collar is great.

Only slightly less boring home jersey than England, but the design is a cool nod to the 1999 World Cup winning team. The stars and stripes embedded in the red away kit look fantastic.

The @USWNT kit is based on the ’99 winning team’s kit.

Alex Morgan remembers watching them as a 10-year-old, and wants to go one further than that team, and finish the tournament having retained the trophy. pic.twitter.com/4AqdkaXhWt

While there have been nicer editions over the years, Japan’s jersey pops as per usual.

You just can’t do a bad Italy kit. Stylish as ever.

A quality home jersey is outdone by an exceptional silver away top that features a phoenix in the design. It works very well with the orange shorts and socks too.

China were a penalty shootout away from being crowned champions in ’99, with their period of success leading up to that moment giving them the nickname ‘Steel Roses’.

Their away kit this summer is a symbol of that previous success, and features an all-over Phoenix print. pic.twitter.com/WvJLUh4YEe

The home kit relies on the classic yellow, but the blue away kit contains geometric constellations that are intergalactically awesome.

Brazil will wear their traditional Samba Gold yellow home kit, while the away shirt has geometric constellations on it. The blue shirt is inspired by Brazilian indigenous warriors who, according to legend, turned to stars after death. pic.twitter.com/9NWwRbzWtb

Banyana Banyana will be kitted out in style this summer.

This is the Banyana Banyana’s first appearance at the tournament, and their kit is a bold one to match.

The home kit is a dazzling shade of yellow, while their away kit features bold green stripes in a cascading pattern. pic.twitter.com/9eoiroSLZI

Now it’s time to separate the chaff from the wheat. Umbro have done an outstanding job with the kits for the Reggae Girlz.

Did someone mention kits for the Women's World Cup? #WWC2019

I didn’t think there was a way to make Dutch jerseys much better, but then Nike’s tulip inspired pattern convinced me otherwise.

The numbers on the back of each jersey showcase a collage of female history makers, honoring influential women who have positively impacted this world.

In tribute to the men’s 1994 kit, this one will go down as an all-time classic.

Not sure what I can say about this other than “HOLY SHIRT!”

The current Australia squad has been described as one of the best ever, with an average age under 24.

This kit has been exclusively designed for The Matildas, and the home shirt features a graphic inspired by contemporary Australia. pic.twitter.com/RVDrJHxuPv

Mixing the old with the new, the two-time champions will be kitted out in this stupendous kit. Leaning somewhat on the classic 1990 World Cup design that the men wore on their way to victory in Italy, the layered flag across the chest is an automatic Yes for us. Nike won the battle, but Adidas won the war.

See Also: There’s still a lot of football you can watch on telly this summer