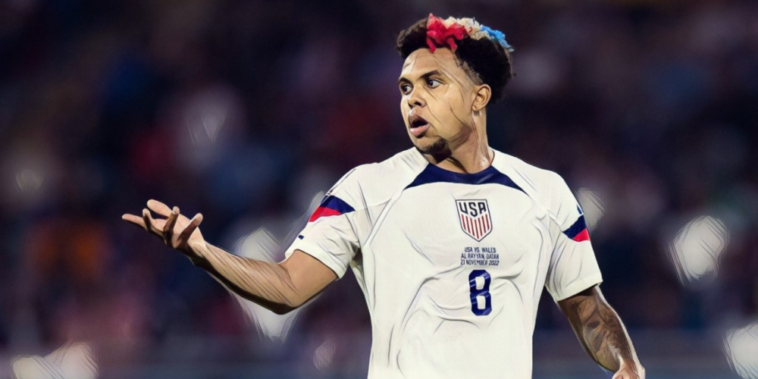 Tottenham are interested in a deal to sign Weston McKennie from Juventus following the midfielder’s impressive performances at the World Cup.

McKennie shone as the United States reached the last 16 in Qatar, with the 24-year-old a stand-out during the goalless group stage draw with England. Spurs have long been linked with McKennie and Calciomercato are reporting that the north Londoners are keen on a deal.

Antonio Conte is keen to reinforce his midfield and has had success with past deals with former club Juventus, having signed Dejan Kulusevski and Rodrigo Bentancur from the Bianconeri in January.

Much could depend on how events unfold at Juventus however, with the club currently under investigation for alleged financial mismanagement. The Serie A side recently announced the resignation of several board members with immediate effect, including president Andrea Agnelli.

An investigation is underway into false accounting, with the focus on “revenues from player registration rights” between 2019 and 2021. Juventus also posted a record Italian loss of £220m for last season.

Co-incidentally, Spurs’ director of football Fabio Paratici is understood to be one of the names under investigation having spent 11 years at Juventus before moving to north London in 2021.

That investigation also revealed that Juventus rejected an offer from Manchester United to take McKennie to Old Trafford, with Donny van de Beek going in the opposite direction.