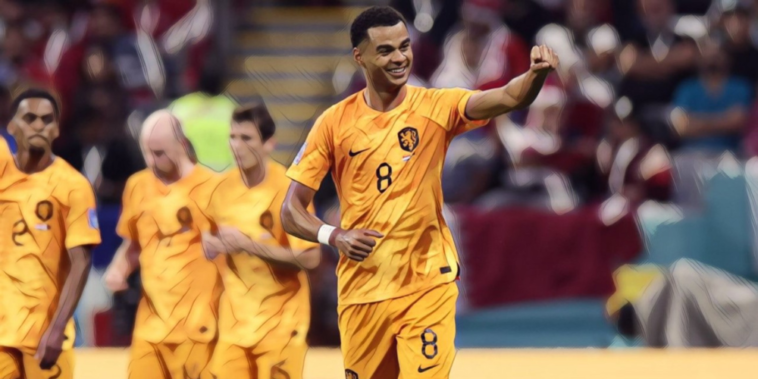 Cody Gakpo has insisted that his focus is on the World Cup despite continued speculation surrounding his future.

Gakpo has been one of the stars of the tournament so far with three goals during the Netherlands’ run to the quarter-finals. The 23-year-old has continued his excellent club form at PSV Eindhoven in Qatar and has been linked with Europe’s top clubs as the January window approaches.

Manchester United are among the favourites to sign the forward as the Red Devils look for a replacement for Cristiano Ronaldo, while Liverpool and Real Madrid have also been credited with interest.

Despite the speculation, Gakpo says his focus is on the World Cup with the Dutch set to face Argentina in the last eight on Friday evening.

“After (I will decide my future). I’m not thinking about that now,” he told reporters.

“I’m just really focused on the tournament, trying to keep performing well and helping the team and hopefully when we become world champions then I can think about that [the future].”

Virgil van Dijk thinks some teams that want Cody Gakpo aren't as strong as others 👀 pic.twitter.com/KakZdqxlA9

Gakpo insisted that he is concentrated on the World Cup as the transfer rumours circulate, outlining the ambitions of the Dutch side to be crowned world champions.

Asked if it was hard to concentrate given the speculation, he added: “No, not really. I’m just trying to keep focused and the other players don’t really talk about those things which also helps me in this situation.

“We came here with a goal which is to try to become world champion. We believe in that and we’re going to fight and improve every day.

“We’re growing in the tournament, improving every game and this was another step higher.”