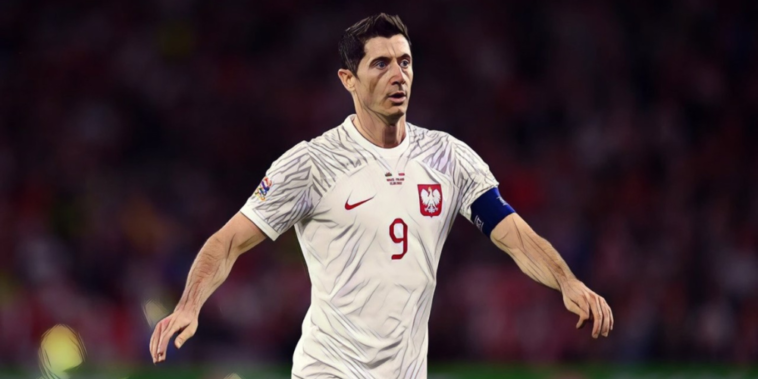 The 2022 FIFA World Cup could be the last chance to see some iconic figures on the world stage, with a number of veterans expected to compete in their final tournament in Qatar.

Each will be hoping to bow out with success in the finals and we’ve decided to look at eight brilliant veterans who will be hoping for success this winter.

Lionel Messi has confirmed that this will be his last chance at World Cup success and optimism is high that Argentina can go deep into the tournament.

Rarely in recent tournaments have Argentina arrived with such calm and confidence, the result of a 36-game unbeaten run that began after defeat in the 2019 Copa America semi-finals. Since then Messi has rid the international monkey from his back with success at the 2021 Copa America, ending La Albiceleste’s 28-year wait for a major honour.

A dismantling of Italy in the Finalissima has further increased confidence that Argentina can compete with Europe’s best and Messi’s fine form for club and country bodes well ahead of Qatar.

The 35-year-old has 26 goal involvements in 19 appearances for Paris Saint-Germain this season, while he has been in excellent form for the national side with 11 goals in seven appearances in 2022.

The stage is set for Messi to make his mark, with the football romantics willing the seven-time Ballon d’Or winner on to success. A World Cup would be the crowning glory on an extraordinary career.

Qatar also appears the final chance for Cristiano Ronaldo to win the World Cup, the missing piece in his silverware collection. Ronaldo has won both the European Championship and Nations League with Portugal, during a career in which he has become international football’s greatest ever goalscorer.

Just once has he progressed past the last-16 of a World Cup however, and at 37 is unlikely to have another opportunity. He arrives into the tournament under a cloud of controversy, following the release of that interview with Piers Morgan in which he all but ended his Manchester United career.

He will hope for increased morale and status with the national side, for who he remains the key figure having scored 15 goals in his last 21 appearances.

Portugal have talent, with a host of Premier League names set to be the foundation of their challenge. Manchester City trio Bernardo Silva, Ruben Dias and Joao Cancelo are integral to club football’s best side at present, while the likes of Bruno Fernandes and Ruben Neves could feature prominently.

Luka Modric was named as the finest footballer at the 2018 World Cup, having led Croatia to a first ever final. Four years on and the evergreen midfielder is still going strong, orchestrating games at the highest level for club and country.

Modric starred as Real Madrid won a La Liga and Champions League double last season, with the latter his fifth European title of a decorated career at the Bernabeu.

37-year-old Luka Modrić is heading to his fourth World Cup after being confirmed in the Croatia squad 🍷 pic.twitter.com/LrO5Dn2UXT

Undoubtedly now his nation’s greatest ever talent, he will extend his record of 155 caps as Croatia begin their group stage campaign against Morocco on November 23. Zlatko Dalić’s side are perhaps not as strong as in Russia, but the ageing veterans have been joined by exciting prospects that include the in-demand Joško Gvardiol and Red Bull Salzburg midfielder Luka Sučić.

Modric, however, remains the centre-piece of the side and even at 37 has shown few signs of slowing down.

Manuel Neuer remains one of the world’s best goalkeepers even as his tenure as Germany’s number one prepares to extend into a 14th year.

Only five players have made more appearances for the national side than Neuer, who is one of just four players in the current squad – alongside Matthias Ginter, Mario Gotze and Thomas Muller – who formed part of Germany’s victorious team from the 2014 World Cup.

For Germany coach Hansi Flick, Manuel Neuer is the best goalkeeper in the world.

Hansi Flick’s side are not among the favourites, but a Bayern Munich-dominated side have the talent to extend Germany’s incredible record at major tournaments. Neuer will be the experienced leader of their challenge in Qatar.

Alongside Andres Iniesta and Xavi, he formed part of the team that dominated international football and won the World Cup and European Championship in consecutive tournaments.

From the old guard to the new ➡️

🇪🇸 Sergio Busquets is passing the torch to the next generation of @SEFutbol midfielders pic.twitter.com/kubRfiQt50

Busquets will captain Spain this winter, as La Roja look to bounce back from two disappointing World Cup performances since their triumph in South Africa in 2010.

Busquets’ 139 caps trail only Sergio Ramos (180) and Iker Casillas (167) in Spain’s all-time list and a footballer who has won it all will be central to their campaign in Qatar. His influence on an inexperienced midfield that contains teenage talents Pedri and Gavi will be crucial, with Luis Enrique’s side one brimming with potential.

France will travel to the World Cup as defending champions as Les Bleus look to become the first team since Brazil in 1962 to retain the trophy.

Karim Benzema missed out on their success in Russia due to his six-year international exile, but returned to the squad ahead of Euro 2020 and will arrive in Qatar with a point to prove.

A hero's return for Karim Benzema and the Ballon d'Or in Lyon ❤️💙 pic.twitter.com/dU7q79wmqC

Benzema has scored has scored ten goals in 14 appearances for France since returning to the fold, with the 34-year-old having had the best campaign of his career in 2021/22. He scored 44 goals in just 46 appearances for Real Madrid, performances which led to La Liga, Champions League and Ballon d’Or success.

France have a formidable depth of options and their challenge will be led by Benzema and Kylian Mbappe. It is a frightening forward line and the chemistry between two of the game’s elite centre-forwards will define their defence.

Luis Suarez might not quite be the force of old, but he will still be looked to to inspire Uruguay in Qatar.

Suarez is his nation’s greatest goalscorer with 66 goals in 133 appearances, seven of which have come on the World Cup stage. He needs one more to level Óscar Míguez as Uruguay’s leading scorer at the finals and will lead the line for a side who could upset the odds.

La Celeste have a brilliant midfield of tenacity and quality in Rodrigo Bentancur, Manuel Ugarte and Fede Valverde, while Suarez and long-term accomplice Edinson Cavani are joined in the forward line by Liverpool’s Darwin Nunez.

The Liverpool forwards past and present can trouble teams this winter and Suarez will arrive in good spirts after helping Nacional to the Uruguayan Primera División title. He scored eight goals in 14 appearances, including a brace in the club’s title-clinching fixture.

Robert Lewandowski has never previously scored in a World Cup and will be hoping to end that unwanted record in what is likely to be his last finals.

The goals have hardly been difficult to come by for Lewandowski in recent seasons, who has continued plundering goals at a rapid rate since swapping Bayern Munich for Barcelona during the summer. He has 18 goals in 19 appearances in all competitions this season, having netted a staggering 344 in 375 appearances across eight seasons in Munich.

Robert Lewandowski picks up his Golden Shoe award for the most league goals (35) in Europe last season 🌟 pic.twitter.com/rMxFe4mnXn

The back-to-back European Golden Shoe winner will be the driving force of Poland’s campaign, as Czesław Michniewicz’s side look to progress from the group stage for the first time since 1986. With the lethal Lewandowski in their ranks, that looks achievable in Qatar.

He has a record 76 goals in 132 appearances for the national side, 28 more than the second-highest scoring player, Wlodzimierz Lubanski.