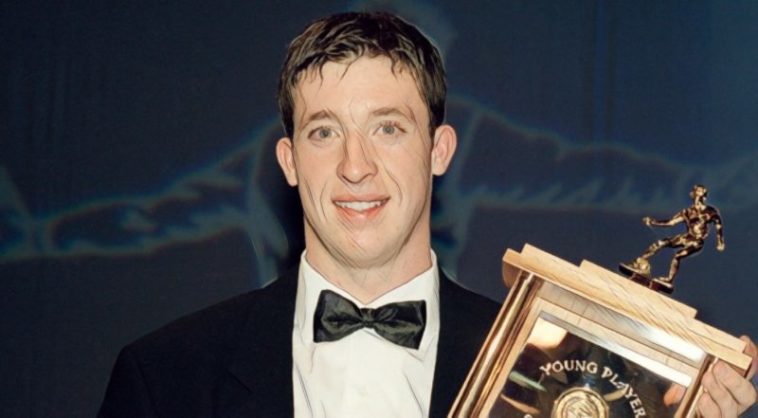 The PFA Young Player of the Year award is handed out annually to the most promising young talent in English football, with the illustrious accolade having been won by some of the game’s greats since its inception in 1974.

Regarded as the greatest individual recognition to be voted as the division’s best by your fellow professionals, we’ve decided to look back at the history of the award and its winners during the nineties, an era which saw the birth of the Premier League.

Here is every PFA Young Player of the Year from the nineties:

Matt Le Tissier is remembered fondly as a great of the Premier League for the brilliance of his one-club career at Southampton, though it was in the seasons prior to the rebranding of England’s top tier that the former England international began to star on the South Coast.

Le Tissier had shown glimpses of his talent during his first three seasons in the first-team at Southampton, before scoring prolifically during the 1989/90 campaign to be named as PFA Young Player of the Year.

The attacking midfielder scored 20 league goals as the Saints secured a seventh-placed finish, with only Tottenham’s Gary Lineker and Liverpool’s John Barnes scoring more goals in the race for the Golden Boot.

‘Le Tiss’ was named as Southampton’s Player of the Season at the end of the campaign, one of three times he would win the honour in a career that saw him score 209 goals in 504 appearances for the club.

Sir Alex Ferguson had spotted potential in a young Lee Sharpe after just a handful of games at Torquay, the teenager moving to Old Trafford in 1988 before enjoying a breakout season during the 1990/91 campaign.

The young winger shone during United’s triumphant Cup Winners’ Cup run – scoring in the semi-final second leg against Legia Warsaw – finishing the campaign with nine goals in all competitions and as a senior international with England.

Amongst Sharpe’s highlights included a hat-trick in a 6-2 League Cup thrashing of Arsenal at Highbury, the gifted prospect establishing himself as a key figure in Ferguson’s developing side who finished the league campaign in sixth.

Named as the PFA Young Player of the Year at the end of season, Sharpe won three league titles amongst his major honours during an eight-year career at Man United before leaving for Leeds in 1996.

Despite that success, however, Sharpe’s career never hit the potential it once promised, form and fitness plaguing the winger in his latter years and he retired aged just 32-years-old after spells in the lower leagues.

The aforementioned Sharpe’s career at Manchester United was hindered by the emergence of another bright prospect at Old Trafford, a teenage Ryan Giggs regarded as the club’s best academy graduate since George Best in the early nineties.

Giggs scored seven goals in all competitions during his first season as a regular to be named as the PFA Young Player of the Year, before becoming the first player in history to win the award on more than one occasion after retaining the honour as United claimed a first league title in 26 years.

The Welshman spent his entire career with Manchester United and became the most decorated player in the history of English football, winning 13 league titles, four FA cups and two Champions League trophies amongst his record-breaking collection of honours.

Named as the senior PFA Player of the Year during United’s title-winning season of 2008/09, he holds the all-time records for most Premier League assists and appearances in Red Devils’ history.

Newcastle captured the mid-season signing of a young Andy Cole from Bristol City during the club’s promotion campaign of 1992/93, the forward scoring 12 goals in just 12 appearances following his arrival as the Magpies secured their place in the Premier League.

Any ideas that Newcastle were simply seeking survival were soon ended by Kevin Keegan’s free-scoring side, the club recording a third-placed finish in the top-flight backed by the goals of the prolific Cole.

Cole’s season saw him become the first player to lead the league in terms of goals and assists in a single season, scoring 34 goals and providing a further 13 to be named as the winner of the PFA Young Player of the Year and the Premier League’s Golden Boot.

Another player who made waves at academy level before making an instant impact in the Premier League, Fowler burst onto the scene with Liverpool to win back-to-back PFA Young Player of the Year awards.

Fowler’s famed finishing ability made him a hugely popular figure amongst Kopites, a natural goalscoring talent who needed just half a chance to find the back of the net.

The forward scored 30+ goals in all competitions in each of his first three full seasons as a Liverpool player, the first two of which saw the local lad named as the Premier League’s finest young player.

Fowler scored 128 league goals over two spells with Liverpool to become the club’s leading scorer of the Premier League era, also taking in spells at the likes of Leeds and Manchester City and winning 26 caps for England.

Part of a collection of Manchester United academy graduates, Beckham’s emergence alongside the rest of the club’s fabled ‘Class of ’92’ helped laid the foundations for a sustained period of success for Sir Alex Ferguson’s side.

Beckham had made his first-team breakthrough during the club’s double-winning season of 1995/96, before improving once more as United retained the title to be named as the PFA Young Player of the Year.

The expert technique that ‘Becks’ would become famed for began to be shown with increased regularity as he scored 12 goals in all competitions, being voted by his fellow professionals as the most promising young talent in the Premier League.

That season also saw Beckham named in the PFA Team of the Year – the first of four consecutive seasons he would be included in the Premier League’s best XI – during a career which saw the former England captain win six league titles and finish as the division’s leading assist provider on three occasions.

Few players have burst onto the scene quite like a teenage Michael Owen in the late nineties, the latest star from Liverpool’s academy system taking the Premier League by storm during the 1997/98 campaign.

The following season saw Owen retain the league’s Golden Boot, though his finest individual campaign arguably came in 2000/01 as he fired Liverpool to a cup treble, scoring twice in the FA Cup final and becoming the second ever youngest winner of the Ballon d’Or in the process.

He moved to Real Madrid in 2004 before returning to England with Newcastle just a year later, his latter career sadly decimated by injuries during spells at the Magpies, Manchester United and Stoke, though he won a league title during a three-year spell at Old Trafford and remains the ninth-highest scorer in Premier League history.

Ranking highly amongst the list of great Arsenal bargains during the Arsene Wenger era is Nicolas Anelka, the French teenager plucked from Paris Saint-Germain for just £500,000 before turning into a bonafide star in the Premier League.

Anelka scored nine goals in all competitions as the north London side secured a domestic double in the 1997/98 season, before starring as the club’s focal point the following season following the departure of Ian Wright.

The youngster burst into life to finish just one goal short of winning the league’s Golden Boot, scoring 17 Premier League goals to win the PFA Young Player of the Year and earn inclusion in the Team of the Year.

Anelka’s displays quickly attracted interest and led to a £22.3m move to Real Madrid at the end of the season, the forward later returning to the Premier League with spells at Liverpool, Manchester City, Bolton, Chelsea and West Brom, finishing his career in English football with two league titles, three FA Cups and 125 top-flight goals.