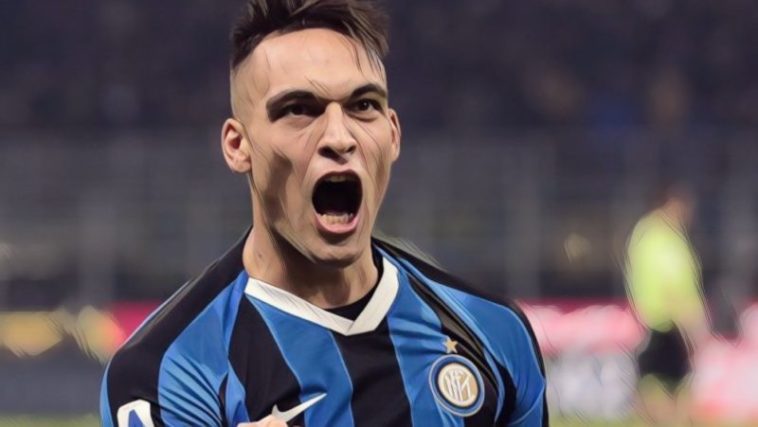 Due to the ageing of Luis Suarez, the over dependency on Lionel Messi and the floundering form of Frenchman Antoine Griezmann, Barcelona have long been linked with moves to bring a number of high-profile forwards to the Camp Nou. The name of Lautaro Martinez fails to go away in connection with the Catalan club, all thanks to his amazing form under Antonio Conte at Inter Milan.

The 22-year-old has starred for Inter this season, scoring 17 goals in all competitions, including five in the Champions League. His expected goals tally of 12.3 in the league is almost identical to his 12 Serie A goals this campaign, suggesting that the Argentine’s fine form is no fluke.

After joining the club in 2018 from Racing Club, amid interest from Real Madrid, Martinez hasn’t looked back. Partnered with former Man United striker Romelu Lukaku in Conte’s 3-1-4-2 formation, the two have helped Inter ride high at the top end of the Serie A table this season, scoring 31 goals between them.

The Argentine loves to press high up the pitch, and bare down on opposition centre-backs. Although this often means he completes unnecessary fouls – he completes an average of 1.7 a game, as well as receiving eight yellow cards and two reds this season – this can frequently result in the Nerazzuri winning the ball high up the pitch.

Inter’s attack usually starts at the feet of Marcelo Brozovic. The Croat occupies the Regista role at the San Siro. He often drops deep into pockets of space to receive the ball from one of Inter’s three centre backs. Conte uses the wing backs to stretch the opposition’s defence.

This creates pockets of space for Martinez and Lukaku to drop into to receive the ball from Brozovic. Inter also like to play directly, regularly bypassing the midfield altogether with a long pass over the top from one of their centre backs to either Lukaku or Martinez.

Many of Inter’s goals come from the telepathic link up play between their in-form front two. Lukaku often uses his obscene strength to hold the ball up and lay off to Martinez, who uses his pace and directness to run at the opposition defence.

The Argentine loves to dribble, and uses his supreme technical ability to twist and turn out of the tightest of situations. While the young attacker possesses the finishing skills you would expect from an elite level striker, another notable part of his game is his ability to drop deep and use his vision to either bring teammates into play or play defence splitting passes.

If he was to join the Catalan side, he already has experience of playing with Messi from the national team. Martinez has started seven games for Argentina, as well as two substitute appearances for the Albiceleste. He has scored an impressive six goals in that time.

While playing for his country, Martinez has played as a striker in a 4-3-3 formation under Lionel Scaloni. In this system, Martinez is the main attacking option, supported by two wide wingers, and a centre forward from behind. With the likes of Sergio Aguero and Messi currently ageing fast, it won’t be long until Martinez and Juventus star Paulo Dybala replace them as Argentina’s star men.

If Martinez was to join Messi in Spain, he would likely be seen as the heir to Luis Suarez. The Uruguayan recently turned 33, so signing a young star like Martinez would be a smart move. He would likely play in the striker spot in Quique Setien’s high pressing 4-3-3 formation, flanked by Messi and Antoine Griezmann.

The former Betis coach allows Messi not to press, to save his energy for attacking responsibilities. However, the same can not be said for the former Racing Club star, who will be joined by Griezmann and one the Blaugrana’s midfielders in the high press.

The Catalans have averaged 69.6% possession ever since Setien took over from Ernesto Valverde earlier this year, and this style of dominant possession football and high pressing would suit Martinez’s style of play. He has already shown he can do it in a big league in Europe, as well as the Champions League.

However, the expectations at the Nou Camp are far different to those at Inter, who haven’t won a Scudetto since 2010. Many a great player, such as Ousmane Dembele and Phillipe Couthino, have signed for Barcelona in recent years and it just hasn’t worked out for them for one reason or another.

The Spanish club don’t seem to have a lot of patience for underperforming superstars, as they showed by shipping Couthino to Bayern on loan this season, so Martinez would need to contribute heavily straight away.

Perhaps another year to mature under Conte in Milan would be good for his growth, before switching to Catalonia next summer. After all, he is one of the focal points in one of the top teams in Serie A at just 22. Another crack at that elusive Scudetto would probably be best for Martinez before inevitably joining Messi in La Liga.

Despite his € 111 million buy out clause, the aggressive Argentine would be a great addition to a Barcelona team who perhaps need a younger star in their front line. Messi is not going to carry on forever, and they need to start thinking about life after him. Martinez is a great way to start.