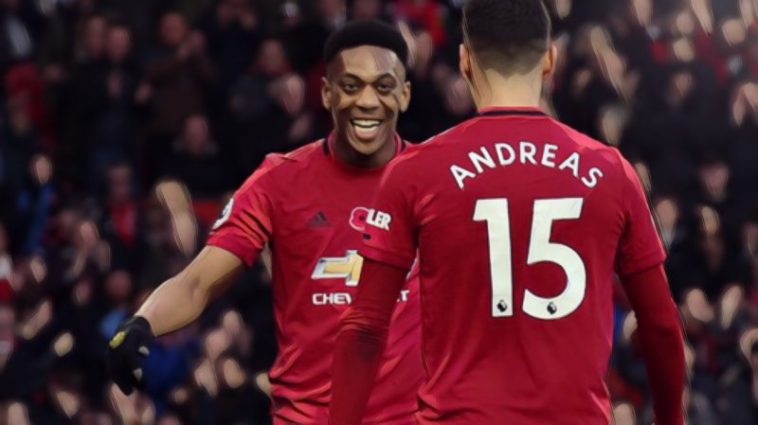 Brighton host Manchester United at the Amex Stadium tonight with both sides in need of three points, despite having been pleased with their respective restarts to the Premier League campaign.

Here is all you need to know about Tuesday’s Premier League clash:

Four points from two fixtures since the restart has lifted spirits and optimism around the struggling Seagulls, with Graham Potter’s side looking doomed ahead of a difficult looking run-in before securing back-to-back results against Arsenal and Leicester.

A dramatic late victory over the Gunners and a goalless draw with third-placed Leicester have moved Brighton six points clear of the Premier League‘s drop zone, whilst they have also played a game less than both Watford and Aston Villa – two of the sides below them.

Brighton’s fixture list remains difficult and they face Manchester United, Liverpool and Manchester City in their next three fixtures, though the club will be confident of causing further upsets given their recent showings and next face a United side who played 120 minutes in the FA Cup on Saturday.

Saturday’s cup victory at Norwich made it 14 games unbeaten in all competitions for Ole Gunnar Solskjaer’s side either side of the season’s suspension, with seven of those games coming in the Premier League.

United have restarted with a draw at Tottenham and a comfortable home victory over Sheffield United, the latter a fine attacking performance that saw Anthony Martial score the first hat-trick of his senior career.

Martial and forward partner Rashford now both sit on 19 goals in all competitions, the duo having enjoyed career-best campaigns to date despite significant spells on the sidelines through injury.

Paul Pogba’s return has also proven a welcome boost and the Frenchman has wasted little time in making an impact, the World Cup winner providing additional creativity alongside the impressive Bruno Fernandes as the Red Devils seek a top four finish and major silverware this season.

Ole Gunnar Solsksjaer described his side’s performance as their best of the season to date after a comfortable 3-1 victory over Brighton in November.

Andreas Pereira opened the scoring with a deflected effort before Scott McTominay’s persistence led to a Davy Propper own goal, United taking a two-goal lead inside the opening 19 minutes at Old Trafford.

The home side dominated for much of the contest but allowed Brighton a lifeline as Lewis Dunk headed home unmarked in the second half, though any hope of a revival lasted just two minutes following Marcus Rashford’s sweetly struck effort, an impressive display from the forward capped with his sixth goal in just six games.

UK and Irish readers can watch the game on Sky One and Sky Sports Main Event, whilst US supporters can view the fixture on NBCSN.