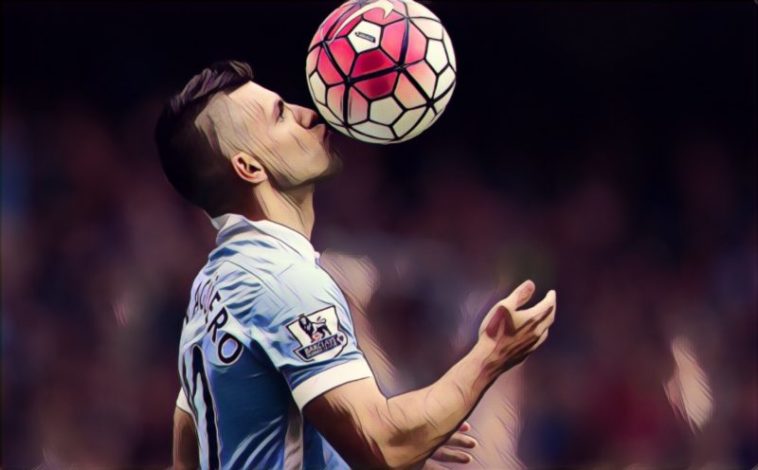 Argentina have produced some of the finest footballers in the game’s history throughout the years, though the Premier League has only seen a limited supply of stardust from southern South America.

Cultural similarities have seen Italy and Spain largely become the destination for Argentines heading to European football, despite the nation’s typical traits of tenacity and competitive edge seemingly being ideally suited to the demands of England’s top tier.

Barring one or two notable exceptions, attacking talents have largely struggled to establish themselves on these shores, as evidenced by this look at the nation’s leading Premier League scorers.

One of just eight Argentines to have won the Premier League title, Ulloa’s time in English football will largely be remembered for his part in Leicester City’s improbable title triumph in 2016.

The forward initially moved to English football with an impressive spell in the Championship at Brighton, before heading to the King Power Stadium following Leicester’s promotion to the top flight.

Ulloa scored 11 league goals during his debut season to help the Foxes survive relegation, before often featuring as a ‘super-sub’ during the club’s title-winning campaign, scoring vital late goals against the likes of Norwich and West Ham.

After falling out-of-favour he returned to Brighton but scored just one league goal during a disappointing loan spell, later leaving English football to join Mexico’s Pachucha in 2018 after scoring 19 Premier League goals.

Manuel Lanzini’s time in English football has been a mix of flashes of quality and cruel luck, the midfielder’s impact at West Ham having been restricted by a series of injury problems.

Lanzini instantly won the affections of the Hammers’ supporters upon his arrival at the club but multiple injuries have prevented the playmaker from perhaps reaching his full potential, though only two Argentines have managed more Premier League goals despite his struggles.

Once the creative fulcrum of the West Ham side, Lanzini was named as the club’s Player’s Player of the Year in 2016/17 and has scored 20 Premier League goals in 117 appearances to date.

One of the great forwards in Argentina’s recent history, Crespo’s time in English football is largely viewed as a disappointment despite his status as his country’s joint-third highest Premier League goalscorer.

Crespo arrived in the Premier League from Inter Milan following Roman Abramovich’s takeover at Chelsea, a marquee addition as the billionaire invested significantly upon his arrival in west London.

He scored ten league goals during his debut season in the Premier League for Claudio Ranieri’s side, before being deemed surplus to requirements under new manager Jose Mourinho following the signing of Didier Drogba from Marseille.

Crespo returned for a second chance, however, after a season-long loan at AC Milan, scoring a further ten league goals as Chelsea secured a second Premier League title under Mourinho, before again returning to Italy at former side Inter.

He finished his career in the Premier League with 20 league goals in 49 appearances, a popular figure during his time at Stamford Bridge despite widespread perceptions of him being something of a flop.

Carlos Tevez enjoyed one of the most storied Premier League careers of modern times, his journey including much success, controversy and a bizarre stint playing under Alan Pardew in the East End.

Tevez – alongside compatriot Javier Mascherano – arrived in a shock deal at West Ham, where the tenacious forward overcame a difficult start to establish himself as a firm fans’ favourite, saving the Hammers from relegation almost singlehandedly during his single season at Upton Park.

A move to Manchester United followed where the Argentine formed part of one of the Premier League’s greatest ever attacks alongside Cristiano Ronaldo and Wayne Rooney, winning two league titles and the Champions League before crossing the Manchester divide in memorable circumstances to sign for an emerging Manchester City.

He enjoyed the most prolific period of his career in English football during a four-year spell at the Etihad, scoring 58 league goals in 113 appearances and adding a third Premier League title to his collection.

The highest-scoring Argentinean in Premier League history is also the division’s most prolific foreign player of all-time, Manchester City’s Sergio Aguero having shattered a host of goalscoring records since his arrival in English football nine years ago.

Aguero’s debut season at the Etihad ended with the forward scoring the most iconic goal in the league’s history, a stoppage-time winner on the final day to secure a first league title in 44 years.

Since then Aguero has gone on to break several records in England’s top tier, becoming one of just two players – alongside Thierry Henry – to score 20+ league goals in five successive seasons and setting a new landmark for most ever Premier League hat-tricks with 12.

He became Manchester City’s all-time record goalscorer in 2017 and his current record stands at 254 goals in all competitions, whilst his 180 Premier League goals makes him the fourth-highest scorer in the division’s history.