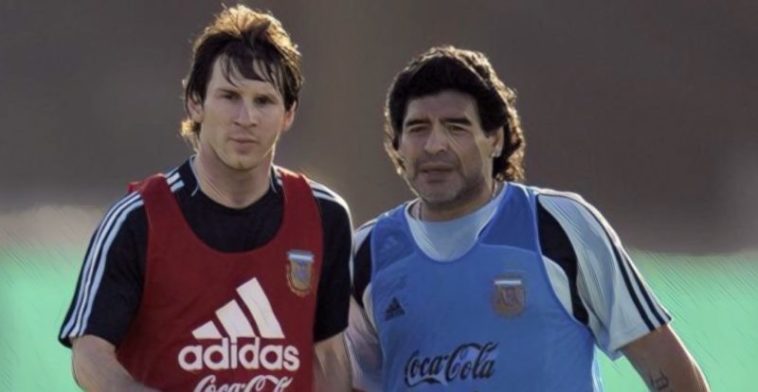 One of the most hallowed shirts in international football, the Argentina number 10 has a long and illustrious history. Few other shirts carry such weight of expectation, though the South American nation has produced some insanely talented footballers who have gone on to adorn the iconic number.

Here are five of the best players to wear Argentina’s number 10 shirt:

A different player to others on this list, Kempes was more of a forward in the traditional sense but wore the number 10 shirt as Argentina became world champions for the first time in 1978.

The former Valencia and River Plate forward would star during that particular World Cup in which Argentina hosted, scoring twice in the 3-1 final victory over Johan Cruyff’s Netherlands in Buenos Aires.

Kempes would finish as the tournament’s top scorer with six goals and be named as the Golden Ball winner for best player, becoming one of just three players alongside Garrincha (1962) and Paulo Rossi (1982) to win all three awards at a single World Cup.

Twice finishing as the top scorer in Spain during his spell with Valencia, he would retire from international duty after scoring 20 goals in 43 caps.

Regarded by some as the greatest footballer of all-time, Maradona is the man with whom every emerging Argentine star is compared to following his achievements with La Albiceleste.

For all his flaws Maradona was an exquisite talent, capable of taking the contest away from the opposition almost single-handedly. His performance at the 1986 World Cup is one of the great individual displays, starring as Argentina became world champions for the second time, whilst his solo goal against England in the quarter-finals is perhaps the best the tournament has seen.

Possessing incredible agility, close control and an ability to accelerate away from hapless opponents at will, Maradona was exhilarating to watch in full flight and remains one of the most iconic figures the game has seen.

Loveable rogue, flawed genius, there have been many ways to describe Maradona throughout the years, but whatever your opinion of the man himself, he will never be forgotten.

20 of the best quotes about the mercurial Diego Maradona

Another diminutive midfield talent who would star for the national side, Ortega would wear the number ten shirt for Argentina for two World Cup campaigns, during an international career that would span almost two decades.

Having acted as an understudy at the 1994 World Cup before winning an Olympic silver medal two years later, Ortega would be handed the number 10 shirt for the 1998 World Cup in France and scored twice as Argentina reached the quarter-finals.

Ortega never delivered at the top level for a consistent enough period to be considered a genuine great, though he was a fascinating watch at his very best.

Juan Roman Riquelme. A player forever popular with football hipsters whose artistry has perhaps been overshadowed by some.

The playmaker would enjoy a rollercoaster career, emerging as a star at Boca Juniors and like so many before him swiftly branded with the label of the ‘new Maradona’. A high-profile move to Barcelona proved a major disappointment as his talents were wasted out wide, before he found refuge with a move to La Liga rivals Villareal.

Deployed in his preferred role as an advanced playmaker he would thrive, whilst he would star as Argentina’s number 10 at the 2006 World Cup in Germany, delivering one of the best individual performances of the tournament in the last-16 tie against Mexico.

His role would diminish following the emergence of Lionel Messi, though his club career would continue to go from strength to strength following his return to South America, winning several honours in a second spell at Boca Juniors and establishing himself as one of the greatest players to play in Argentina’s top flight.

A ‘classic number 10’, Riquelme’s vision and technique made him one of the best playmakers of his generation and he would finish his international career having scored 17 goals in 51 caps.

The second player on this feature with a genuine claim as the greatest of all-time, Lionel Messi has taken football to a new level since his emergence as Argentina’s next great hope over a decade ago.

A great goalscorer and a scorer of great goals, there are few new plaudits that can be lavished upon a player who can only be described as a genius.

Few can match Messi’s career at club level, though his well documented failures at international level have often been used as his one criticism. Three times Messi has guided Argentina to a major final, only for each occasion to end in defeat.

On a personal level, however, he has comfortably eclipsed Gabriel Batistuta as the nation’s record goalscorer and he is just ten caps away from beating Javier Mascherano’s record as the country’s most capped player, whilst he was also named as the tournament’s best player at the 2014 World Cup.

A player of undoubted brilliance who has often been let down by the incompetence of those around him in the national set-up, should he finally end Argentina’s wait for a major trophy his claim as the GOAT will be more valid than ever.

10 of the best quotes about Lionel Messi

Read Also: Henry, Maradona and the most infamous handballs of all time