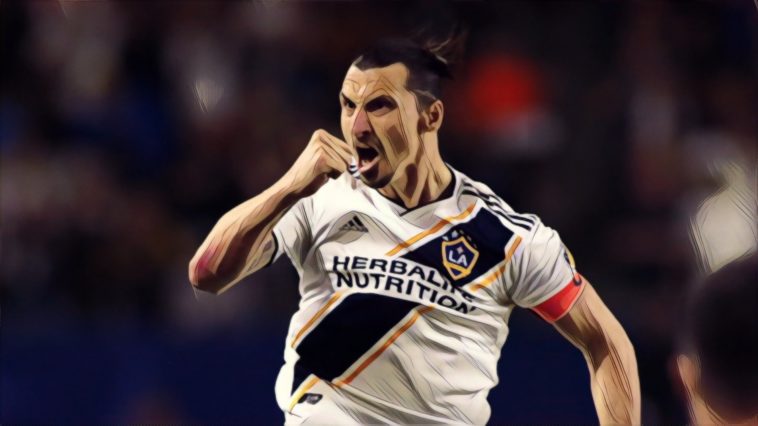 A definitive and completely scientific ranking of the best post-Premier League careers in North America’s MLS.

As expected, Zlatan Ibrahimovic brought his time in Major League Soccer to an end this week, announcing that he is leaving LA Galaxy 18 months after arriving.

The Swede’s time in the United States was punctuated by a glut of stupendous, but he failed to win any silverware, which makes his claim that he “conquered” American soccer sound a bit daft.

I came, I saw, I conquered. Thank you @lagalaxy for making me feel alive again. To the Galaxy fans – you wanted Zlatan, I gave you Zlatan. You are welcome. The story continues…Now go back to watch baseball pic.twitter.com/kkL6B6dJBr

Such a bold claim has become typical of a 38-year-old man who for some reason refers to himself in the third person. Although he can still do amazing things on a football pitch, his diminishing physical capacity means he can’t quite play to the same level he used to.

To compensate for it, Ibrahimovic has inflated his braggadocious alter ego more and more as time has gone on, to the point where he is no longer just some quirky character in the sport, but a tiresome personality whose act has long since passed its expiry date.

Zlatan was still pretty damn good at football all the same though, following a long line of former Premier League players who made a name for themselves in America. But will he be remembered among the best outsiders to have played in MLS?

The career arc of Jozy Altidore has been winding and weird. He started out at the New York Red Bulls where he earned a move to Spain, before playing in Turkey with a detour through Hull City in between. He landed a move to Dutch side AZ Alkmaar, where he absolutely tore up the Eredivisie, scoring 39 goals in 77 league appearances.

It was at this that Sunderland thought Altidore was the perfect answer to their striker woes. Oh boy were they wrong. The New Jersey native scored a grand total of one (1) goal between 2013 and 2015 on Wearside. To be fair to him, the Black Cats were an absolutely wretched side during those years.

Toronto FC saved him from his Premier League dream-cum-nightmare, buying him from Sunderland for around €10m. Before he arrived, the club had mostly been known as a minnow in MLS. Since then they have been an ever-present in the latter stages of the playoffs, reaching the final three times.

1 goal in 42 for Sunderland. Then woke up one day in the MLS and convinced himself he was Kanu.

The Canadian outfit have been runners-up on two occasions, but Altidore scored the opening goal of their victorious effort in the 2017 decider against the Seattle Sounders, taking home the MVP award as well. They lost to the same opposition in this year’s final too, but the striker provided 12 goals and five assists along the way. He also had better ‘goal involvement per match’ rate than Derby County-bound Wayne Rooney.

Curiously, he is the only American on this list.

For all the pomp and circumstance that Zlatan creates as his talents wane, the Swedish superstar absolutely crushed it on the field for LA Galaxy.

From the moment he stepped on the field he made an impact; his first appearance came as a substitute against LAFC in the first-ever LA derby, otherwise known as El Trafico, in which his side were trailing 3-2. One of his first touches for the team was a stunning 45 yard volley to equalise, before scoring the winner in stoppage time.

Here are some of Zlatan Ibrahimovic's MLS career highlights as he waves goodbye to LA Galaxy after two seasons…👋 pic.twitter.com/YDu3ru019l

Ibrahimovic’s time in America only lasted a year-and-a-half, but in that short time, he managed to score a frankly ridiculous 53 goals in 58 appearances. This season alone he was scoring at a rate of more than a goal a game, finding the net 30 times in 29 matches.

Galaxy lost in the playoffs to their local rivals in the end, so the former Manchester United forward leaves a club without a trophy for the first time in his career, but he does so having made as big an impression as any import before him.

It’s hard to miss the irony in the aforementioned Zlatan having a pop at Carlos Vela earlier this season, only for the Mexican to finish ahead of his adversary in the scoring charts before knocking the Swede out of the playoffs.

The former Arsenal and West Brom attacker’s Premier League career left a lot to be desired, but he has reinvigorated himself on the west coast of the USA. This season he scored an astonishing 34 goals in 31 games, breaking the league’s single-season scoring record and bringing his overall tally for the club to 48 goals in 60 appearances, on top of his 28 assists.

Yes, you read that right. The son of Ian Wright couldn’t make the grade at Manchester City alongside his brother Shaun, but he has been a sensation stateside since moving to the New York Red Bulls from Charlton in 2013.

Wright-Phillips has scored 108 goals in 180 appearances, won the Golden Boot twice, and won the Supporters’ Shield on three occasions. His side haven’t managed to take home the main prize, but with the former Southampton striker nabbing the goals they have always been a consistent team in the league.

He has already overshadowed Thierry Henry as arguably the team’s greatest player, with the club retiring his 99 jersey this past August and won’t issue it to another player when he does exit the game.

Five siblings who played together in the Premier League

Few players enjoy scoring goals as much as Robbie Keane, and when he was at LA Galaxy he certainly filled his boots, the Irishman scoring 104 goals from 164 appearances in all competitions.

While the standard of MLS has been scrutinised over the years, it shouldn’t be underestimated how difficult it can be to adapt to a new environment, the difference in climate, and the amount of travel involved. High profile teammates such as Liverpool legend Steven Gerrard and Chelsea favourite Ashley Cole didn’t fare quite so well, and neither did Jermain Defoe in Toronto. But the Irishman acclimated seamlessly.

The ex-Tottenham Hotspur star wasn’t just a goal getter for his side, but a talisman too. He very quickly made an impact in his first season, helping Galaxy win their first MLS Cup in six years in 2011. That was followed up with another a year later and a third in 2014.

The latter triumph might well have been his sweetest; he was voted the league MVP, was the man of the match of the final after scoring an extra-time winner, and scored a career-high 19 goals across the campaign (he then went one better the next season). There have been more talented players imported into MLS, but none of them have had as good a career in the country as him. Quite simply, the G.O.A.T of American soccer.

Read: Five managers who absolutely lost the head on the sideline