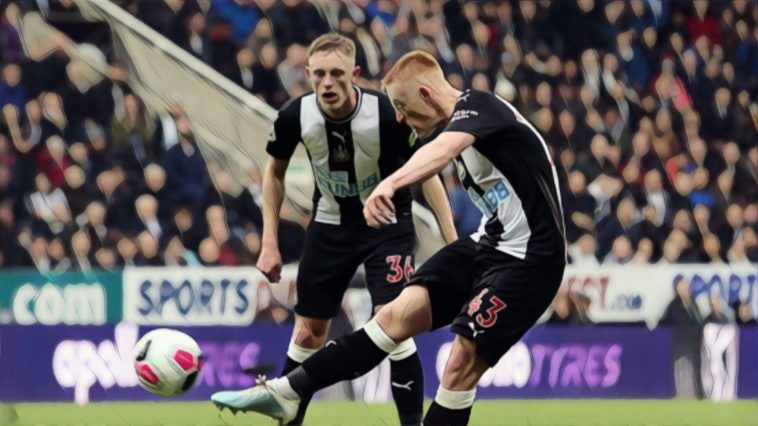 Some of the best footballers to feature alongside their brother for the same club in the Premier League.

A fortnight ago Matthew Longstaff made his dream debut for Newcastle United by putting in a top performance and scoring the winning goal against Manchester United – and he did it while playing alongside his older brother, Sean.

The pair are not the first brothers to play on the same team together, and they probably won’t be the last. Given the promising start both youngsters have made to their careers, they could be anchoring the Magpies midfield for years to come.

Only time will tell, and then we can judge the pair up against the very best siblings to have teamed up.

Brothers who played on the same Premier League team together:

The Ivorian duo probably have a strong claim to being the most talented brothers to ever play with each other, although one can imagine Danish legends Brian and Michael Laudrup would have a lot to say about that.

The Touré’s played together for three years at Manchester City, where they helped the club capture their first Premier League title in 2012. They were also teammates on the Cote d’Ivoire national team, with whom they won the African Cup of Nations in 2015, but their greatest contribution to football has to be the Yaya Kolo song that City fans used to belt out.

Identical twins are extremely rare in professional football, but the Da Silva brothers were both snapped up by Man United in 2008 when they were just teenagers at Fluminense.

Fabio made a decidedly lesser impact with the Red Devils than his sibling though, making just 22 league appearances (and taking one title winner’s medal) before leaving the club in 2014. Rafael, on the other hand, played 109 times in the top flight for United, winning five major honours along the way as well as playing in the 2011 Uefa Champions League final.

They both have two caps for the Brazil senior national team, although they didn’t overlap with each other, but they did play together in the youth ranks all the way up to U17 level. Both men currently play in France, Fabio for Nantes and Rafael for Lyon.

Both of the Ameobi brothers came through the academy at Newcastle and spent the majority of their careers at the club. Their time in the senior team overlapped for four years until Shola was transferred to Turkish outfit Gaziantep in 2014.

Sammy is currently playing for Notts Forest, while his elder brother is back on Tyneside as the club’s loan player coordinator, despite never officially retiring. Their brother Tomi is also a professional footballer.

Six of the best players to switch international allegiances

Both of the Wright-Phillips brothers came through the academy at Man City and spent a brief time together as part of the senior setup. It was Shaun, adopted son of Ian Wright, who had the more successful Premier League career, while Bradley, biological son of the Arsenal legend, has carved out a name for himself in north America.

The former Southampton forward moved to MLS outfit the New York Red Bulls in 2013 and has since won the league’s Golden boot award on two occasions. Shaun reunited with his brother when he made the same transatlantic move in 2015, playing together for two seasons.

The Ayew brothers have been in English football since 2015, but have only played together at club level for six months. In January of 2018 Andre rejoined Swansea City, where his brother Jordan was already playing.

The latter had moved to Wales the previous summer from Aston Villa, who had just been relegated, and the Swans suffered the same fate that season. Jordan is now at Crystal Palace, while Andre remains at Swansea in their bid to gain promotion from the Championship. They also play together for the Ghanaian national team.

Best XI to have suffered relegation from the Premier League

Together they won six Premier League titles, three FA Cups and a Uefa Champions League. There isn’t a pair of brothers alive who have achieved such success together as Gary and Phil Neville did while at Man United, and there probably won’t be ever again.

Phil went off to play for Everton in 2005, while Gary stayed at Old Trafford and won even more silverware. The latter has since become arguably the most well-known football pundit in the country, while the younger brother is currently managing the England women’s national team. They also coached together for a brief time at Valencia, but the less said about that the better.

And now to finish on an odd one. This fraternal partnership wouldn’t even warrant mentioning if it wasn’t for the strange circumstances surrounding their link-up at Crystal Palace.

Christian Benteke joined Palace from Liverpool in the summer of 2016, and his younger brother arrived at the club not long after. Jonathan had just been released by Belgian side Zulte Waregem, but was somehow deemed good enough for a Premier League team.

The elder Benteke insisted his sibling was there on ability and merit, but Alan Pardew confirmed that he had been recommended by Christian himself.

Jonathan only made one substitute appearance for the Eagles in 2016, coming off the bench for the last six minutes against Middlesbrough – so they didn’t even play together. But we couldn’t leave them out.