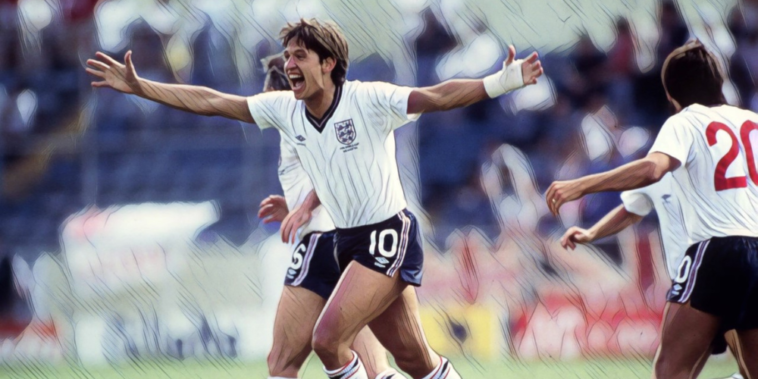 England are set to travel to Qatar for the 2022 World Cup next month with the Three Lions among the teams fancied to challenge for the status of world champions.

Semi-final and final appearances across the last two major tournaments have increased expectations around Gareth Southgate’s side, as England look to win its first major title since 1966 this winter.

Ahead of the World Cup, we’ve looked at the Three Lions’ all-time leading goalscorers at the World Cup, including one current player who’s seen as a contender for the Golden Boot according to the latest World Cup Odds.

Bobby Charlton was a key figure in England’s victorious side of the mid-sixties, as Alf Ramsey’s team were crowned world champions on home soil.

Charlton first travelled to a World Cup in 1958 but did not feature in Sweden, before scoring his first goal in the finals four years later. The midfielder netted in a 3-1 win over Argentina, but England’s campaign was ended in the quarter-finals as the Three Lions lost to eventual champions Brazil.

England started the 1966 edition among the favourites and the host nation impressed to be crowned champions. Charlton scored three goals, including both in the 2-1 semi-final win over Portugal in one of his defining games at international level.

Charlton – who scored 49 goals in 106 appearances for the national side – was named as winner of the Ballon d’Or in 1966 following his role in England’s World Cup triumph.

Michael Owen burst onto the international scene at the 1998 World Cup, as his two goals – including a sensational solo effort against Argentina – catapulted the teenager into the minds of the casual fan.

Owen had earned his place in the squad after an impressive first full season at Liverpool, in which Michael Owen emerged as the first teenager to win the Premier League’s Golden Boot and became a worldwide name. Despite beginning the tournament on the bench, he scored in a group-stage win over Romania before netting that iconic goal in England’s last-16 exit to the Argentina.

🏆 One of the greatest ever #WorldCup goals 😍

Four years later he travelled to Japan and South Korea as England’s leading forward and scored twice during the Three Lions’ run to the last eight. He scored in the 3-0 win over Denmark, before opening the scoring in England’s quarter-final exit to eventual winners Brazil.

Owen formed part of the squad at the 2006 tournament, but returned goalless after a serious knee injury curtailed his involvement. Just five players have ever scored more than Owen’s 40 goals for England.

Geoff Hurst scored five World Cup goals for England, with three of those the most iconic goals in the nation’s history.

Hurst began the 1966 World Cup on the sidelines, but ended the tournament with a place in football folklore after crowning the Three Lions’ world champions on home soil.

An injury to Jimmy Greaves handed Hurst his chance, having been left out during England’s three group games. He made his first appearance in the quarter-finals and scored the winner as Argentina were beaten 1-0.

His goals helped @England to their first (and to date only) senior #WorldCup Trophy 💪🏴󠁧󠁢󠁥󠁮󠁧󠁿 pic.twitter.com/07U1oibYxT

Harry Kane became the second Englishman to win a World Cup Golden Boot in 2018, as he marked his first appearance at the tournament with a six-goal showing in Russia.

Kane scored twice – including a stoppage-time winner – as England edged Algeria in their opening fixture, before Kane scored a hat-trick as debutants Panama were thrashed 6-1 in Nizhny Novgorod.

Kane’s sixth of the tournament came with a penalty as Colombia were beaten in the last 16, with England reaching the semi-finals of a World Cup for the first time since 1990.

The 29-year-old has now scored 51 goals in 75 appearances for the Three Lions and needs just three more to surpass Wayne Rooney as the nation’s record goalscorer.

No Englishman has scored more World Cup goals than Gary Lineker, who netted ten goals across the 1986 and 1990 finals.

Lineker became the first England player to win the Golden Boot after scoring six goals at Mexico ’86, including the second quickest hat-trick ever at a World Cup against Poland.

He also scored twice against Paraguay in the first knockout round, before England’s campaign came to an end following Diego Maradona’s Hand of God and Goal of the Century double in the last eight.

As he celebrates his 60th birthday today, we analyse our wealth of historic World Cup data to show what made @GaryLineker so lethal in front of goal. pic.twitter.com/3b1JQneHnd

Lineker scored four goals as England reached the semi-finals four years later. Goals against the Republic of Ireland, Cameroon (2) and West Germany saw him move to ten in the World Cup, with only seven players – from any nation – having ever scored more.