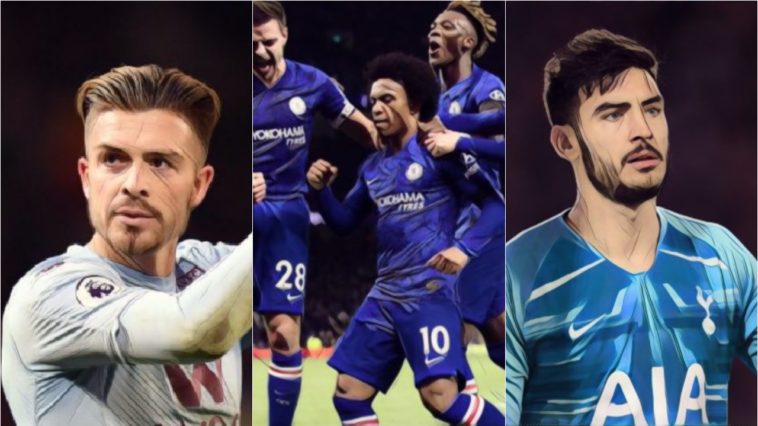 Duncan Ferguson‘s time as Everton caretaker manager has been interesting, to say the least: the team has been undefeated in three tricky games, he’s displayed some questionable man management, substituted a substitute in two consecutive games, and keeps taking off his jacket in the freezing cold.

The Scot ended his temporary term in charge on a high note at least, not only getting a scoreless draw against Arsenal, but making this classy gesture to one lucky supporter.

A special memento for one Everton fan.

Duncan Ferguson was there when Everton needed him, a real connection between him and this club. pic.twitter.com/ekEVXZqlNP

The joy on the face of Miguel Almiron after getting his first goal for Newcastle United was a close second.

Willian was in inspired form for Chelsea in their 2-0 win over Tottenham Hotspur on Sunday, scoring both goals in an all-round terrific performance.

🇧🇷 Willian is @premierleague Man of the Match

It was only a consolation, but Jack Grealish scored an absolute peach of a half-volley against Southampton.

But according to Southgate Grealish isn’t good enough for England? Watch this…. #grealish pic.twitter.com/ZNk9GR22fT

Just moments after coming on as a 64th minute substitute in Manchester United’s 2-0 defeat to Watford, Paul Pogba hit a lovely long range pass over the top to Marcus Rashford. The Frenchman, who has been out with injury since late September, even got a compliment out of Graeme Souness. Strange times.

Harvey Barnes’ outside-of-the-boot assist for Jamie Vardy is also worthy of a mention.

Jordan Pickford has not had a great campaign thus far in terms of shot stopping, but the England number one reacted quickly to Pierre-Emerick Aubameyang’s close range effort at the back post, keeping Everton’s clean sheet intact.

It should have been a relatively straightforward tap in for the Gabonese international, but Pickford was equal to it.

Can you believe David McGoldrick missed from here? The Sheffield United is having a good campaign to be fair to him, just not in front of goal; he’s missed 15 big chances in 15 league matches this season. 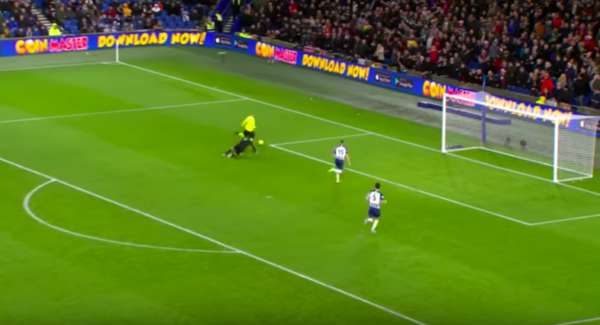 Jesse Lingard also missed a golden opportunity when one-on-one with Watford goalkeeper Ben Foster, choosing to chip the ball rather than hitting it low to the side. It went over the bar and that was a bit of a turning point in the game for Man United. Had they scored at that moment, it would have put them in the driving seat against a team who had not won at home this season before Sunday.

Five things we learned from GW18 of the Premier League

A double whammy of atrocious goalkeeper errors on Super Sunday as both Man United and Spurs suffered avoidable mishaps. Paulo Gazzaniga‘s was probably the worst of the two, as he came flying out of his goal to almost kick the head off of Marcos Alonso to give away a penalty.

Earlier in the day David De Gea dropped a proverbial clanger, allowing an eminently catchable shot to go straight through his hands and into the net.

Gazzaniga’s might be the most bizarre howler of the year though, as he could have easily caught the oncoming ball or let it go out for a goal kick. On top of that, referee Anthony Taylor actually gave a free out rather than a penalty at first, and VAR had to intervene to give the correct decision.

That was despite the fact that Spurs defender Davinson Sanchez put his hands on his head immediately after it happened knowing full it should’ve been a penalty, while Blues forward Tammy Abraham was jumping up and down in protest like a mad men. Much like De Gea’s mistake it was a game changer and virtually gifted the opposition all three points.

Three red cards shown to Son in 2019, more than any other PL player & as many as Eric Cantona got in his entire PL career

The best Premier League statistics of the week

"Pressure to me is watching my mum work three jobs to pay for Christmas." pic.twitter.com/6xJOdMjAsB

Premier League team of the week for GW18

Donkeys of the Week

Where else to start but the Tottenham Hotspur Stadium, where Antonio Rudiger was allegedly racially abused by fans in the stands during Spurs versus Chelsea. This feels like an all too regular occurrence at football grounds now, something the authorities need to make a serious effort to clamp down on.

It is really sad to see racism again at a football match, but I think it's very important to talk about it in public. If not, it will be forgotten again in a couple of days (as always). (1/4)

Ashley Cole and Gary Neville spoke very well on the issue during the post-match analysis, with the latter criticising the Premier League for not doing enough to tackle the issue, while also having a dig at Prime Minister Boris Johnson. Unfortunately, the positive, anti-racist message Neville was espousing was undone by presenter Dave Jones clarifying that they were “not the views of Sky Sports.”

A decade ago, Gary Neville’s comments here would be universally echoed in the Sky Sports studio. Unfortunately the era of Brexit and Trumpism means they now come with a disclaimer for fear of offending actual racists pic.twitter.com/DsCtBPUISD

Jones presumably had someone in his ear telling him to broadcast a disclaimer, but it felt so unnecessary and a sign of our times that such a disclaimer was needed. Sadly, Jones has become the focal point for this, when the company should have taken responsibility for it and not throw one of their employees under the bus, merely because Neville had the temerity to criticise one of its major stakeholders (the Premier League itself) and certain politicians. So Sky Sports get a Donkey of the Week too.

Meanwhile, at Goodison Park, there was a bit of a fracas outside of Everton’s ground when a group of irate Arsenal fans began chanting at the Arsenal Fan TV crew to “Get of our club!”

No need to abuse Robbie but the message is clear that the presence of ⁦@AFTVMedia⁩ isn’t welcome any more pic.twitter.com/h2qQdjxPED

AFTV has long provoked the ire of a section of the club’s supporters who believe the YouTube channel have capitalised on manufactured outrage for views and contributed to the banterification of Arsenal.

While they would certainly have a valid point in those regards, their anger would be better directed at the wealthy football club who have been running the organisation poorly for several years. Abusing Robbie Lyle is an utterly pointless and frankly cowardly act that only serves to direct their own anger at someone or something.