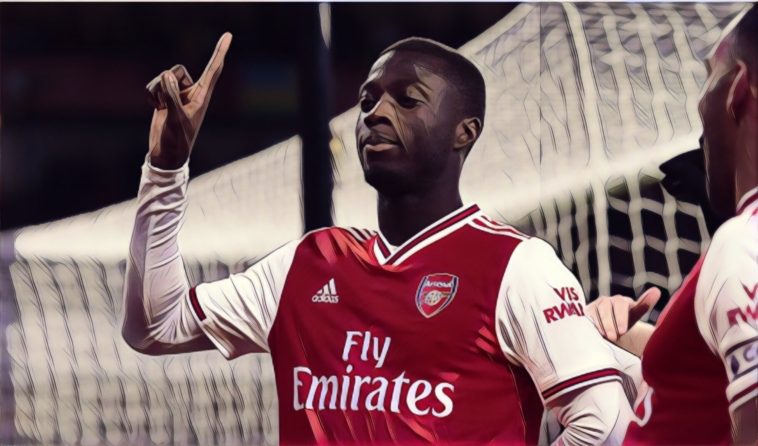 Matej Vydra has really struggled over the past two seasons, getting just three starts in that time and wasting away on the bench for Burnley, but the Czech international utilised his time on the pitch to good effect on Saturday. The striker showed he is still sharp as a tack when he sent a superb strike flying past Saints goalkeeper Alex McCarthy after swivelling swiftly to deceive his marker.

The ball from Hendrick 😍
The chest control 👌
The thumping finish 💥

That is a brilliant goal from Matej Vydra and Burnley have the lead! pic.twitter.com/tD5qPcUT05

The relief on Vydra’s face after scoring the matchwinner was clear, as the forward has been desperate to move away so he can end his north west torment. He could very well be transferred to the Russian Premier League this week, although that will depend on the fitness of Ashley Barnes.

Arsenal had a very indifferent first-half against Newcastle United in which they failed to create much of consequence, but they put the Magpies to the sword in the second-half. Nicolas Pepe, their club record £72 million signing last summer, came alive after the interval, playing a key role in the Gunners’ 4-0 win and showing some promise of justifying his transfer fee.

The French wide forward, whose performance warranted a perfect ten from WhoScored, was involved in three of the North London outfit’s goals, providing two assists and a goal on Sunday. His goal was also notable for Bukayo Saka’s cheeky nutmeg in the buildup.

Tottenham Hotspur vs Aston Villa started in the worst possible manner for Toby Alderweireld when he scored a calamitous own goal, but he quickly made up for it by scoring the equaliser. The Belgian’s turn and strike was exceptional, to the point where you wouldn’t have blinked an eye if Sergio Aguero had scored it.

Look at the arm on Alisson Becker when he throws this brilliant ball to Roberto Firmino. Who says a good pass can only come from your feet?

Norwich City did tremendously well to keep themselves in the game against Liverpool at the weekend, keeping out the league leaders until late on when Sadio Mane scored the winner. Tim Krul once again was one of the best players on the pitch, saving five shots on the day.

The Dutchman’s finest moment of the match came when he palmed away a Mo Salah strike from around 12 yards out, before making a rapid double save by stopping Naby Keita at close range.

It’s pretty easy to score on this Liverpool team when you have Trent Alexander-Arnold swinging in crosses from the right-hand side every game, but Roberto Firmino made a right hash of an inch-perfect attempted assist by the full-back, ballooning the ball over the bar from five yards out when the goal was wide open. Oh, Bobby.

Six of the most underwhelming League of Ireland kits this season

Liverpool have no chill.

486 out of 546 teams in PL history have ended the season with fewer points than Liverpool have after 26 games, including **for the first time in this seemingly endless thread** a PL title winning side: Manchester United in 1996-97

Despite scoring Aston Villa‘s second goal of the game, Bjorn Engels had a shocker of a day against Spurs. The Belgian defender gave away the penalty that eventually led to Heung-min Son’s opening goal in the first-half, before allowing the Korean run in behind for a late winner after failing to control the ball. The worst possible player to suffer that kind of mistake to is Mo Salah, but a close second would be Son, who punished the Villains accordingly.

Björn Engels has had a rollercoaster of a game.

Conceded a penalty ❌
Scored the equaliser ✅
Made a mistake leading to Son's winner ❌ pic.twitter.com/spGhw5WZ3n

Why Man United must ditch Solskjaer for Pochettino

There was no love-in between Manchester City and Uefa on Valentine’s Day after the governing body handed down a stinging two-year banishment from the Champions League and €30m fine after the Premier League club were found to have been highly deceptive in their financial submissions.

The club, unsurprisingly, reacted angrily. “Manchester City is disappointed but not surprised by today’s announcement by the UEFA Adjudicatory Chamber,” a statement on the club website reads.

The statement went on to claim that the Uefa Chief Investigator, Yves Leterme, had predetermined the outcome long before the investigation had even gotten underway, suggesting that they had it in for City all along.

“Simply put, this is a case initiated by Uefa, prosecuted by Uefa and judged by Uefa. With this prejudicial process now over, the Club will pursue an impartial judgment as quickly as possible,” the statement concluded.

No one expected City to roll over and accept such a harsh punishment, but it is nonetheless quite fanciful and ridiculous for them to suggest that they are the subject of some grand biased conspiracy theory. It’s an obvious attempt at steering the narrative before they present their appear to CAS, but it will also serve to mobilise their fanbase into a raging anti-Uefa frenzy over the coming weeks and months, especially as the Champions League knockout stages play out.

That’s why Man City are this week’s Donkey.