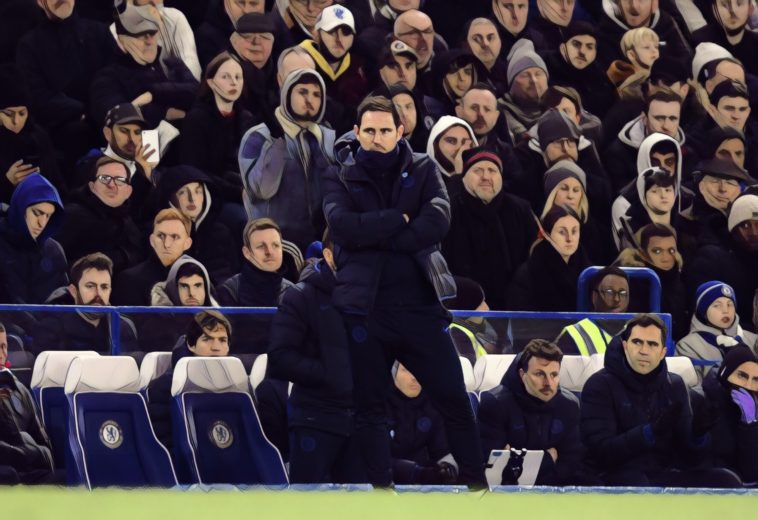 Chelsea suffered their third defeat of the season at the hands of Manchester United, Ole Gunnar Solskjaer’s side running out 2-0 winners at Stamford Bridge.

Despite the look of the scoreline, it was actually a pretty even contest, with Chelsea probably shading the best of the chances throughout the encounter.

However, with Michy Batshuayi being offered the chance to lead the line in the absence of Tammy Abraham, the Belgian fluffed a number of presentable opportunities, particularly in the first period, Chelsea being made to pay on the stroke of half time with Anthony Martial scoring a well taken header.

Manchester United would double their lead through a thunderous Harry Maguire header from a Bruno Fernandes corner, though United will have VAR to thank for their victory, the Video Assistant in Stockley Park deciding that Maguire’s first-half kick-out at Michy Batshuayi was not violent conduct, while they also ruled out two goals for the Blues.

Speaking about the game, which see’s United move within three points of his side, Frank Lampard lamented his sides lack of cutting edge up front, as well as the influence of VAR on the game.

“Tough to take on lots of levels, some footballing, some others,” Lampard told Sky Sports. “It’s football and it’s life. I’m not complaining about any work ethic from the lads, their heads are down in there. It’s a tough night for us.

“It’s not a 2-0 game. We have a feeling of groundhog day in the stadium. I don’t know how many shots we had but it was a lot. If we don’t score, you can’t win football games. They get clearer every week. We are fourth and the season starts here. People didn’t expect us to be fourth but we are.

“We are fourth because of some of the good stuff we have done and because of the nature of the league with everyone taking points off each other. I’m not soft, I can criticise the team. We can bemoan our luck sometimes yes but if we are not finishing chances we can’t win games. I feel like a broken record.

“It was a tough night for Batshuayi, strikers are judged on goals, it’s a fact. We need goals from forward areas and we haven’t had that this season. We can’t rely on Tammy Abraham all season. You get judged as an attacker on goals.

“Harry Maguire should have been sent off, that’s clear, and that obviously changes the game. Azpilicueta gets shoved so the goal should stand. Giroud was a toenail offside and that one I understand. that’s the rule now.

“I don’t get why they aren’t looking at the monitor. It should be used.”