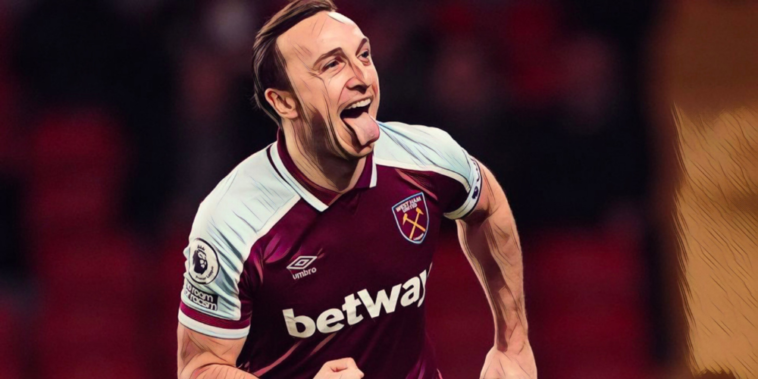 We’re back once again to preview the Premier League’s weekend action and discuss some of the division’s major talking points.

Tottenham’s emphatic 3-0 win in Thursday’s North London derby has tightened up the race for Champions League football, with both Spurs and Arsenal chasing a place among Europe’s elite next season.

Manchester City face a testing trip to West Ham as the league leaders look to move closer to the title and the champions can all but assure the Premier League remains at the Etihad with a win in the capital.

Here are eight talking points ahead of the Premier League’s weekend football.

For the first time since Emmanuel Adebayor in 2013/14, there looks set to be a name other than Harry Kane leading the goal charts for Tottenham this season.

Son Heung-Min has enjoyed a career-best campaign around goal for the North Londoners and moved to 21 league goals for the season with another in the club’s crucial 3-0 win over Arsenal on Thursday.

That win has kept alive the top four hopes of Antonio Conte’s side who are now just a point behind the Gunners, whilst Son’s goal moved him within one of Golden Boot leader Mohamed Salah.

Son Heung-min has the best conversion rate of any player to attempt 20+ shots in the Premier League this season:

It’s a remarkable achievement for the South Korean whose 21 non-penalty goals are the third-highest total managed by a Spurs player in the Premier League era, with only Kane ever scoring more goals, excluding penalties, in a single season (28 in 2017-18 and 24 in 2016-17).

Son has provided consistent quality at Spurs despite a transitional period for the side and his performances this season could yet lead to Champions League qualification. The 29-year-old is too talented a player to remain outside of Europe’s elite.

Much of the focus on West Ham’s clash with Manchester City will be whether the visitors can move closer to the Premier League title, having moved into pole position with a 5-1 win at Wolves in midweek.

The London Stadium looks set to provide an atmospheric backdrop for the fixture, however, as the Hammers’ faithful say goodbye to one of their favourite sons.

18 years of exceptional service. A Canning Town lad who has given his all for this Club. We aren't ready for Sunday 😢#MrWestHam | #MN16 pic.twitter.com/LZJ2okvahR

Mark Noble is set for his final home appearance as he nears the end of a one-club career with his boyhood side, one that has spanned 18 years and included highs, lows, and 548 committed performances in the club’s colours.

A win for West Ham will also move the Hammers above Manchester United and into sixth, upgrading their current Europa Conference League place for a Europa League spot in the process.

It’s all to play for in what promises to be a fitting send-off for ‘Mr West Ham’.

Time running out for ill-disciplined Leeds

After a five-game unbeaten run raised hopes of survival, a run of three consecutive defeats – albeit against challenging opposition – has dragged Leeds back into the bottom three.

Leeds’ hopes have not been helped by moments of ill-discipline in recent fixtures with first-half red cards for Luke Ayling (v Arsenal) and Dan James (v Chelsea) having provided Jesse Marsch’s side with mountainous tasks.

Leeds United are the first team in history to receive 100 cards in a single Premier League campaign (97 yellows, 3 reds).

Each were dismissed for reckless challenges that could easily have been avoided and Leeds have now become the first team in Premier League history to record 100 cards in a single season.

It’s an unwanted record and one Jesse Marsch will need his side to improve upon. Leeds can ill-afford to be at another disadvantage ahead of fixtures with Brighton (H) and Brentford (A), with points needed to save their Premier League status.

Vieira hints at look to the future

Patrick Vieira has hinted he will use Crystal Palace’s final fixtures to blood youth ahead of next season, with the Eagles sitting comfortably in 11th ahead of this weekend’s clash with Aston Villa.

“I always think the last few games we have to build for next season. There are some young players who have been with us who will get involved,” he told his pre-match press conference.

“I will always have a mind to put a strong team out to win football matches and yes, I will give some opportunities to young players but they’ll need to be surrounded by key players.”

Having been tipped among the favourites for the drop this season, Vieira has done a remarkable job in revitalising a Palace squad that underwent major reconstruction during last summer’s transfer window.

The Eagles have a promising core of young talent with the likes of Eberechi Eze, Michael Olise and Tyrick Mitchell players to build around, with further talent emerging from a flourishing academy system in South London.

Jesurun Rak-Sakyi – the England u20 international who has earned comparisons to Wilfried Zaha and who made his Premier League debut against Chelsea in August – will hope for another chance.

Watford’s final fixtures of the season will be a chance for Rob Edwards to run the rule over the squad, with the Hornets having announced that the 39-year-old will take over from Roy Hodgson as manager ahead of the 2022/23 campaign.

Edwards led Forest Green Rovers to promotion from the fourth tier this season and the League Two side have since criticised both Watford and the departing manager for their handling of the situation.

Watford Football Club is delighted to confirm the appointment of Rob Edwards as our new Head Coach, effective after the conclusion of the current 2021/22 season.#WatfordFC

“If there’s any karma in football they’ll languish in the Championship and we’ll meet them there in a few years’ time.”

Edwards’ objective will be to ensure Watford bounce back at the first attempt, but the Championship is a gruelling division and the scattergun transfer approach of recent windows will need to be replaced with a more methodical and long-term plan.

Wolves lack of firepower has hindered the club’s hopes of continental football this season, with Bruno Lage’s side now requiring a huge turnaround to climb into seventh and reach Europe.

Wolves have scored just 36 goals from their 36 league games this season and only three teams – Burnley, Watford and Norwich – have managed less despite their position in the top eight.

🐺 Ruben Neves on Instagram: "It’s been a hard end of the season but we will do everything we can to give you the win on the last game of the season at home !! All together, to finish well and make Sunday a beautiful day 💛"#WWFC | #Wolves pic.twitter.com/WQNZJZA1Ki

Raul Jimenez has struggled since his return from a horrific head injury against Arsenal last season and has just six for the campaign, with only the Mexican and Hwang Hee-Chan scoring more than the four goals of centre-back Conor Coady.

Wolves face the division’s worst defence in relegated Norwich this weekend and the clash could provide Lage with a chance to add more ambition into to his side.

A run of five games without a win – including four defeats – has been a disappointing end to a campaign with several positives.

Safety in sight for Lampard ahead of Goodison double-header

A goalless draw at Watford represented a missed opportunity for Everton in midweek, a result which somewhat halted the momentum of back-to-back wins over Chelsea and Leicester.

Frank Lampard insisted he was ‘relatively happy’ with a point as Everton edged away from the bottom three, but knows his side require more points to secure their Premier League status.

Everton face Brentford and Crystal Palace on home soil across their next two games, two teams who have performed above expectations this season but have little left to play for.

One win could be enough for the Toffees given the form and fixtures of relegation rivals Leeds and Burnley and Lampard will hope for a repeat of his first game in charge of the club this weekend.

Lampard made the perfect start to his reign with a 4-1 win over Brentford in the FA Cup’s fourth round in February.

Mikel Arteta was scathing in his assessment of the officiating during his side’s 3-0 loss at Tottenham, as Arsenal missed the chance to secure Champions League football in the North London derby.

Spurs were awarded a contentious penalty to open the scoring, though Rob Holding’s red card was punishment for the defender’s naivety and despite Arteta’s complaints his side were well beaten.

🗣️ "If I say what I think I'm suspended six months" #AFC boss Mikel Arteta was NOT happy with some of the decisions in his side's 3-0 defeat to Tottenham #NLD… 😳pic.twitter.com/3GirpGLDF9

The defeat has seen Spurs close the gap to just a single point ahead of this weekend’s penultimate fixtures and Arsenal face a huge test of their credentials and character at Newcastle.

The Magpies have lost back-to-back games to Liverpool and Manchester City after the fine form that propelled their run to Premier League safety, but will be keen to end with a win at St James’ Park in their final home game of the campaign.

Spurs can move ahead of the Gunners before the latter’s Monday night trip to the North East, a clash that will tell Arteta plenty about where his team is truly at.